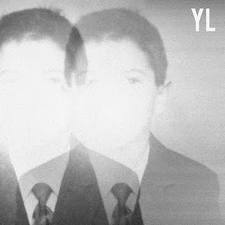 The Year of Hibernation

Attempting a description of Trevor Powers’ Youth Lagoon is likely to inspire an audible groan from the more cynical amongst you, so tired is the idea of one dude making music in his room post-“summer of chillwave” that it feels little more than press-release baiting. “Hazy production,” “bedroom recorded,” “cloistered vocals,” pseudo-vintage photography: these are the terms and aesthetics that so readily attach to his music, triggering those antibodies used to fight off hypnagogia’s beaten dead horse. “But it wasn’t until this last year—when I realized I was more than just music—that I was able to create music that means something to me,“says Powers about his one-man project on that one-man project’s Fat Possum page, describing the endeavor as not being him but “a part of [him].” Ugh.

Not that Powers deserves to be dismissed outright; just that he dips into such an overcrowded well that he can only lend himself to such dismissals whether they be fair or not. That his debut, The Year of Hibernation, sounds like a lot of other recently successful bands is its least surprising aspect: the shivering, lonely tenor of Perfume Genius’s anemic pop often takes the shape of the “extreme anxiety” Powers expresses in his music; guitars alternately reflect the unique chillness of The xx or the unique chillness of Real Estate, swinging from suggestions of inertness out of laziness to those out of apprehension; piano and keyboard work drift down from Postal Service, early múm, and Owl City (sorry); percussion shifts between the goodly homespun Vondelpark and the shittily homespun Neon Indian. With nearly all of these approaches Youth Lagoon reaffirms the best parts of its originators, Powers carefully pruning out what has been proven not to work and showcasing only what has. If he really suffers from “extreme anxiety” over “weird… bizarre things,” his exceedingly safe choices certainly demonstrate that unease.

While The Year of Hibernation may rest on the laurels of the artists it apes, the same security blanket leaves little in the way of a personal touch from Powers—this, from a record supposedly “like letting people read his journal.” Overgrown with sounds memorized long before the record was cut, picking out where he personalizes his own album is a surprisingly taxing enterprise. Whereas Perfume Genius shares the details of an affair with a high school teacher that led to the teacher’s suicide on “Mr. Peterson,” or fellow seclusionist and Antlers brain trust Peter Silberman goes into stark specificity about the caring for, falling in love with, and death of a terminally ill cancer patient on Hospice (2009), Powers isn’t keen on letting anyone in. Oft shrouded by the protective covers of pronouns—when you can make out his vocals—and dampening reverb—when you can’t, which is about half the time—there’s very little to be gleaned about Powers from his music that doesn’t need to be preemptively ascertained from his press release. Somehow, this intimately personal record is neither that intimate nor that personal.

“Posters“’ cloudy suite slowly sets an emotional pace for the album, offering an abstract of the work to come before guitars and a decades-old drum machine carry the track away. And it does, I suppose, with Powers sighing, “You thought that I was no longer me / But no, I finally found me / So take the other bodies / And put them by the TV,” lines too specific to identify with or too vague to decipher—or just plain bad, as I still haven’t decided what he means or how I feel about them. Either way, following “You make real friends quickly / But not me” is not the emotional turning point the song treats it as but is a pretty obvious truism that might have been rescued by better preceding stanzas. It’s hardly an emotional breakthrough to admit that you’re a Type-B personality.

This imbalance—between lyrics and themes too individualized to mean anything to anyone else and too generalized to be revelatory—leaves a yawning gap the artist is meant to inhabit, where Powers is supposed to divulge something we don’t know but want to hear. Yet, he doesn’t. “17” banks on Powers’ imagination, as the chorus suggests, “When I was seventeen my mother said to me, ‘Don’t stop imagining; the day that you do is the day that you die.’” But when Power is left alone with his thoughts— “Just [him] in [his] room with [his] eyes shut”—we’re given desperately little, “surrounded by nothing with the nothing surrounded by us,” which is immediately compelling but quickly laborious to actually, y’know, imagine.

Then on “Cannons”: “I have more dreams than you have posters of your favorite teams.” What if “you” have an egregiously large collection of posters? Perhaps the narrator has had, like, five dreams in his entire lifetime? Opposed to the hackneyed lines of “July,” though, it at least gives the listener something to think about (though it’s definitely over-thinking his prose): “Holding my guitar I strummed a tune / I sang, ‘I love you but I have to cut you loose’” and “I made a bridge between us then I slowly burned it.” These leave one wishing Powers drowned his vocals in a bit more reverb, so one could at least imagine that such seemingly heartfelt music actually reflected the same sentiments in its listener.

Obviously, The Year of Hibernation is quite pretty, as it should be. The biggest problem infecting this record, that one can approximate musical arrangements necessary for emotive music without honing in on anything specifically emotive—“Afternoon,” “17,” “Daydream,” and “July” are frequently catchy as all hell—conjures up the notion that the album is doing little more than pandering to people who already expect said emotional cues and above-mentioned subgenres/artists. Powers definitely has the compositional wherewithal to make something special—he just has to put more of himself into it. Maybe he should take another year to himself.