Other Records by Zu 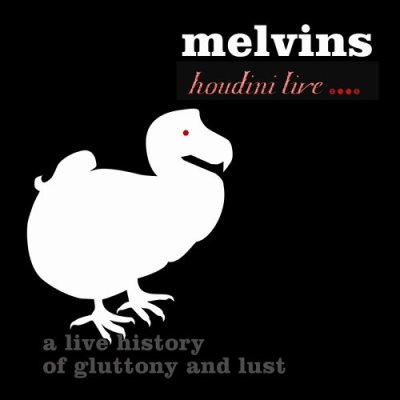 Melvins: Houdini Live 2005: A Live History of Gluttony and Lust 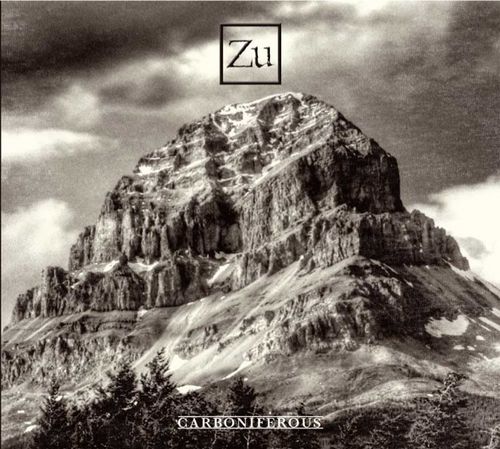 Zu’s is a rather admirable brand of avant-garde populism. Throw almost any left-field tag at them and it works: free improv, no-wave, punk, alternative metal, math rock, noise rock, avant-prog—Zu is the grime that builds up in the drain when all these genres are slaughtered in the same warehouse. But their populism lies not only in their embrace of styles but the fact that they constantly violate what is considered by many bands to be the sanctity of membership. Numerous groups go through lineup changes but few like this: Zu has always been Italian trio Jacopo Battaglia (drums), Massimo Pupillo (bass), and Luca T. Mai (baritone/alto sax), but they play with a revolving-door series of collaborators—everyone from Mats Gustafsson to Nobukazu Takemura—who often become the distinguishing factors between their numerous records. Still, Zu’s sound is unmistakable, perhaps because in the same way they collaborate as if they were one person, they play as if all their instruments emanated from a single source.

On Carboniferous Zu play heavily into the metal side of their sound, recording on Mike Patton’s Ipecac label and with contributions from Patton and the Melvins’ King Buzzo. The influence of these two is all over the record (even though Patton’s direct involvement is limited to warped vocals on “Soulympics”): sludgy bass-heavy stew that rarely settles into a single rhythm. And while it helps if you’re into Mr. Bungle and Fantomas, Carboniferous is fun in a way that those bands aren’t. In fact, the last albums I heard to succeed so well on sheer energy were last year’s releases by 7k Oaks and Original Silence. Incidentally, the common link between these three bands is Pupillo who, with his deft mix of drilling distortion and rhythmic dexterity, perfectly represents the band’s precarious balance between suffocating pummeling and unbridled improv. Check out those breaks in “Beata Viscera,” where Pupillo throws in some virtuoso prog-funk noodling amidst electronic-sounding percussion and squeaky feedback. While a band like Fantomas plays with epic solos or over-dramatic, quarter-speed interludes, Zu never allow left-field turns to interfere with the overall energy.

Right out of the gate, “Ostia” illustrates the central paradox of Carboniferous: rhythmically everything sounds like it was perfectly calculated ahead of time, and yet many of the sax/guitar/bass excursions seem too unhinged not to be improvised. If anything, it recalls Naked City’s “structured improvisations” but without as many jazz or grindcore idioms, and (mostly) at a fraction the speed. Zu never really resolve the conflict between composition and improvisation, but in some ways this is the main appeal of the album, that Mai’s sax and Buzzo’s guitar (though it’s often hard to tell what’s what, especially as Pupillo tends to play on a higher register) sound like wild animals always rattling the locks of their cages but never fully breaking out.

And part of the fun is that Zu lead you on to think that a track is going to ride a riff into the ground before pulling the rug out from under you. “Erinys” is mainly a platform for Mai, with some fairly standard metal riffage (though as a jazz fan and not really a metal fan, I’m bound to be biased here) until everything slows down to a crawl except for some sleigh bells, before revving up again. “Soulympics,” despite an admirably possessed-sounding Patton, is still mainly the trio’s game, with incredible time changes that work mostly because they’re so far from metal kitsch and deep into genuinely disturbing territory. And instead of being all huge, loud guitar/drums/vocals, the band throws in some distant, clanging, industrial percussion—Zu’s evil counterpart to Shining’s celestial choirs. In fact, the more the layers of thundering drums and doom metal sludge are pulled back, the more blood-chilling the thing becomes; when Mai’s baritone comes in halfway through “Axion” it sounds like a death knell, not because he’s blasting the shit out of it but because he plays that simple minor key melody as if he were already dead.

While previous records had some fascinating collaborations, perhaps Carboniferous hits so hard because it pares things down to the core trio a bit more. This allows Zu to be Zu and to communicate Zu. And what are they telling us? The amalgamation of these three musicians has looked deep inside and found a black, shriveled lump.