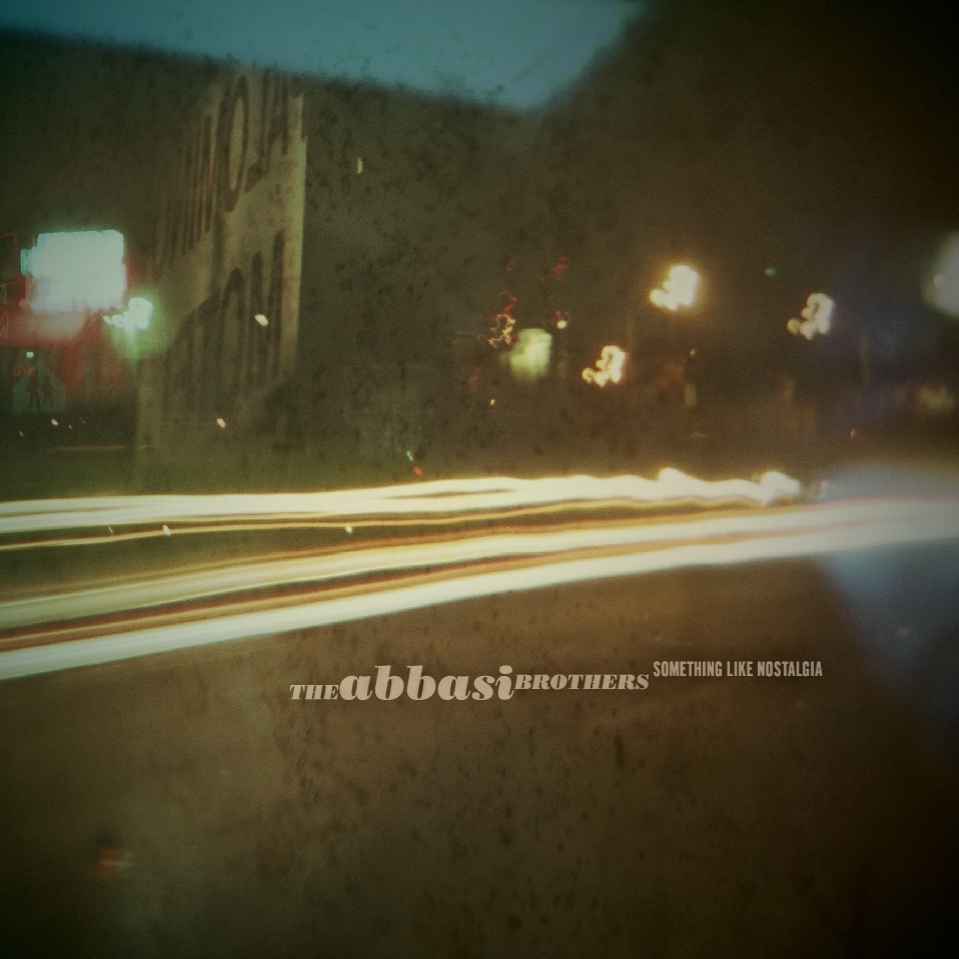 Friday night. You’re broke and twenty-four, sick of recycling satellite shows and the fine points of internet obfuscation. Going through your record collection yields nothing but slices of discomfort—good times you don’t want reminding of right now, not now that the town outside’s started pumping. What you need is fresh pickings, a white soundtrack song-sheet you can fill with your own mix of crayons. But who in Cardboard City is prepared to write something for dubbing your old storyboards on? Something designed for public consumption before a budding producer absconds with it? Van…Vangelis, can you hear me?

The Abbasi Brothers haven’t made a diatribe against the mistreatment of soundtracks in the media. Hailing from California—the land where screenplays float like infinite dandelions—Yousuf and young Amman stay cool for their debut LP, producing smooth insulation for that all-important critical moment. Their passion for big-screen awe sizzles like the hero’s pulse in the finale, and their less glamorous background in mechanical mathematics keeps the whole thing attached to formulae. See the chilled din of the album’s title track, whose icy piano and live drumming could easily be any goodbye scene from the last ten years of Sundance. The Brothers are preparing for reverie; something warm with sad corners you can imagine yourself one day growing old in. Such is the craftsmanship of their fifteen artificial suites that you want to trade up to better headphones, and not in an Ulrich Schnauss “on my signal, unleash programming” kind of way either. If you don’t feel stirred by the Eastern love scene set to tragic fireworks in “Mr. Boe” then you should check your instructions for solubility, because this is music in one of its most powerful forms: therapy. “Stacy’s Day Parade” drops a squall of raw feedback deep into succulent Mogwai, fading and rising with flotsam beats. That hustle modern composers pull where they amplify two bars of music into an oven-ready crescendo? Old hat. The pads and sequencing on Something Like Nostalgia are much more freshly mined, alien to the point where my girlfriend sat up and asked “Is that the sound of a printer?”

I mentioned the Abbasis practice therapy because that’s the best way I can describe their patient response to trauma: calm, learned, personalised. When the new angry post-rock of “Approaching The End” hit me I was instantly nineteen again, alone and fuming to blazing Moby, only to be quickly anointed by “Fragments Of Memories As A Child” and all its Milky Way potential. “The Social Evening (In 1992)” even throws out some maternal keyboard loops, mopping the brow of anyone who’s that much in need of a cuddle. But what primarily concerns the Brothers is that lukewarm half-state we adults escape to when we’re working/driving/fucking. They line it, draining the grey from the puddles in car parks and replacing it with a rainbow meniscus. If Something Like Nostalgia‘s ultimate fate is it being spread onto processor commercials then at least you don’t have to feel violated, as, like you, the Brothers have been already there. They’ve seen their favourite themes shot into lesser material like steroids into a part-timer, and now they’re responding with something hand-built and futureproof. It’s for this reason I’d declare Something Like Nostalgia as being deeply and wholly affirming, and feel astonished that it’s been out there and waiting since July.