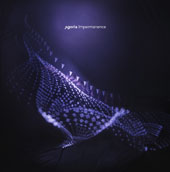 If you’re an electronic whizzkid raised in ’80s France, there are only two ways you can go. The Madrid fashion scene obviously didn’t appeal to Sébastien Devaud, who instead made it his mission to become a DJ—apparently so smitten on first hearing “Good Life” that he got a car-washing job to start his vinyl collection. Sure enough, thirteen years later, the first Agoria twelve-inch was cut, and Tricky’s calling him up to do guest vocals. Devaud now no longer needs to wash cars if he wants to buy the next Depeche Mode EP—with two hit albums and the InFiné label right behind him, he’s got a license to record more powerful than an FBI seizure warrant. Since releasing The Green Armchair in 2006 he’s been working on what’s promised to be his most encompassing work to date; one with multiple guest vocals already installed. It’s called Impermanence and is in stores now, and it’s one which “is at the same time constantly changing while also having a unique flow and mood of its own.” In other words: world music! With sex talk!

Impermanence is a mixed bag from the start, and one from which Devaud pulls several big prizes. After suckering in the Björk fans with the unfortunately-titled “Kiss My Soul”—which features film score piano and devastating vocals by Kid A, who appears to have run off with Kate Bush’s larynx—Devaud reverts to his own brand of sex-house, which involves guest producers talking dirty while the Frenchman plays vivid techno signatures. This technique supernovas on the chemical smut of “Speechless,” where Carl Craig plots an oily seduction to Devaud’s flickering house pads. And going by how peculiar his moves are it sounds like he’s contemplating fucking an alien, possibly Mac from Mac and Me: “I’m gonna smell your sweat / Your eyes are like pools / I wanna take you to Mars / Bend you over in a crater…” I was waiting for the Uranus line to drop, but sadly Craig skimped on it. Devaud retreats from this level of foreplay on the more family-friendly “Souless Dreamer,” where the only pornographic residual is Seth Troxler’s accent: he’s so smooth-talking he could double as a hypnotist, murmuring over Devaud’s ambience as he quotes a motivation speaking book.

Zen and gang-bangs aside, the rest of Impermanence falls largely into the well-behaved dance music category, with enough successful departures and detailing to prick the most hardened of ravers. There’s a minute-long drone break on “Under the River,” which makes good use of a forlorn trumpet to cement that “fuck it, I’ve missed the bus” comedown. Impermanence has a lot of moments like this: instances where Devaud’s DJ skills are used to perplex you rather than force you to crane for the strobe lights. You should expect the unexpected, such as the completely Clint Eastwood-free “Grande Torino,” where suppressed world music set to a 4/4 beat slowly gives way to shivering strings. It’s what every energy-conscious raver dreams of—house shapes incorporating wooden xylo. It also makes for a fine alternative score to the film it’s named after, particularly if the ending were to feature Clint making a breezy dash to their airport instead of being gunned down by a shack full of rapists.

The one thing ravers and non-ravers alike can learn from Impermanence is that it’s possible to make house music using more than just a synth, one laser, and two drum tracks. I only thought it was possible to be mesmerized by dance if you went clubbing and forgot to take your sweeties, but Devaud proves he can go inside your mind too, dousing you with steady but exotic beats until you feel twitchy when they’re gone. Occasionally he feels the need to dish out an intermittent slapping—Kid A reappears on “Heart Beating” to cry “It’s not OK / It’s not alright,” sounding like an even angrier Whitney Houston—but for a good half of his sixty minute set, he’s comfortable just eddying around his decks. Having honed his trade for over two decades that’s his natural territory, so you can forgive the more radical departures on Impermanence that break up the flow and sound like tourism. And as tourists go, Devaud’s OK. He tried, he had fun, he didn’t take any photos and he didn’t come back after two weeks with an accent. That’s more than you can say for most holidaymakers.