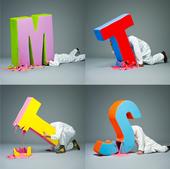 AIDS Wolf: March to the Sea 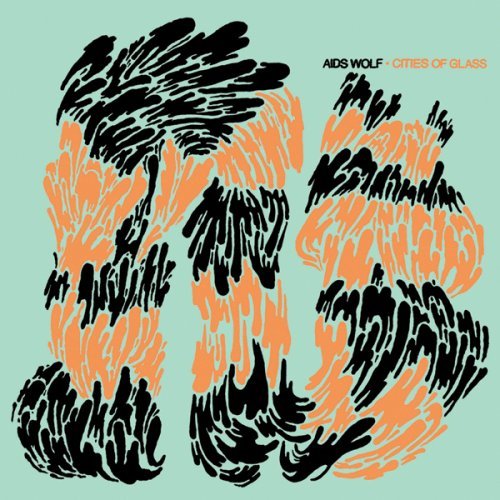 AIDS Wolf are an easy band to hate. I don’t mean easy to hate in the way that, say, Crystal Castles are easy to hate—a distaste rooted in apprehension about certain contextual factors: chic appeal, hometown/scene, blog hype, contemporaries, what sorts of ironic clothing the band members wear, etc. I mean easy to hate in the sense that it will take the average person exactly five seconds to decide that they want to never again hear this dreadful noise. Sometimes I think the same thing, and I like this record.

Few bands, even those who specialize in abrasive music, come off as such an outright affront to standard conventions of taste and sensibility. Make no mistake: Cities Of Glass is a fucking assault. This is the kind of album that critics love to review because they get to come up with all sorts of creative ways of saying that this is loud, noisy music that is difficult to talk about in any context other than just how loud and noisy it is. Which is a shame, really, because for me what’s most exciting about Cities Of Glass is that it raises a lot of questions about the nature of not just music (“Is noise really music?”; “Are certain kinds of sounds inherently more appealing than others?”) but, more interestingly, about music criticism and the problem of taste. For instance: I generally like this record, and would recommend it to others, but I know perfectly well that most people—and not just Joe Top-40 or your grandparents, but discerning listeners who think of themselves as people with “good taste” in music—will not enjoy it.

So…then what? I doubt many would argue that music criticism should be based on the idea that what the majority of people like must therefore be best—glance at any Best Sellers and tell me that’s your idea of “Best New Music”—but if I’m pretty certain that to most people this is going to sound like absolute garbage, well, can I really recommend it to them in good conscience? Should there be a little asterisk to that rating above with a footnote, “y’know, if you’re into this sort of thing”? There’s really no easy way of saying “this is good for you, but not for you” when dealing with a record like this, one so knee-jerk; I fear those who took me up on Fleet Foxes and Vampire Weekend might not be as receptive.

Predictably, the critical reaction to AIDS Wolf has been polar. Either they’re the “best band in Montreal” (Montreal Mirror, in an odd bit of hyperbole) or they’re, uh, “shit in wolf’s clothing” (Pitchfork, natch). I guess music this extreme warrants an extreme response one way or another; people just don’t know how to react ambivalently. Maybe there’s something to that—maybe AIDS Wolf just want to get a rise out of you, just want to fuck you up in a little way. It’s telling that Pitchfork, at the end of their review of 2006’s The Lovvers, suggests that “maybe it’s a joke.” People seem strangely reluctant to admit to genuinely liking music like that on AIDS Wolf’s records—or Metal Machine Music (1975) or Merzbox (2000) or whatever—because they’re worried that it’ll turn out to be a joke, some kind of elaborate prank on foolish critics and fans. They’re reluctant, I guess, because it would seem pretentious to earnestly like a record so chaotic when the artists themselves might not even like what they’re dishing out.

Maybe let’s approach the issue another way: consider the difference between enjoying something and thinking something is good. If something can be enjoyed cerebrally—hypothetically, “in theory,” whatever—but isn’t very enjoyable to experience in and of itself, maybe there is something wrong with it, in a sense. I’ve always been really fascinated by the idea of Andy Warhol’s art-film Empire, which consists of just one eight-hour black and white shot of the Empire State Building, yet I’ll probably never sit down and actually watch it from start to finish. Ultimately, what does that say about the film? I remember I had an argument about noise with a friend who compared abrasive music to a powerful but aesthetically displeasing work of art: “I can appreciate it and agree that it has value, but I sure as hell don’t want it hanging in my living room.” So, then, here’s AIDS Wolf and Cities of Glass: I think the album does a lot of really interesting things and has a lot going for it, but it isn’t very much fun to actually listen to. And it might be for you.