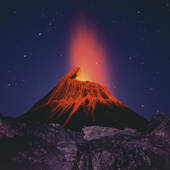 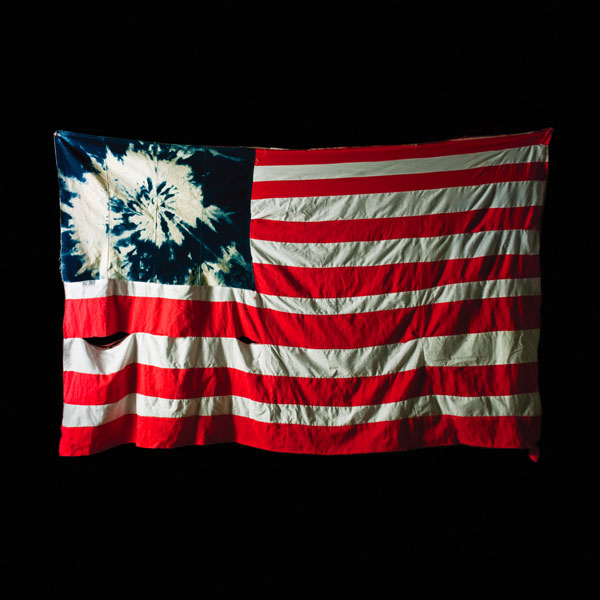 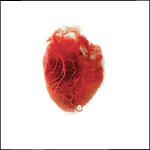 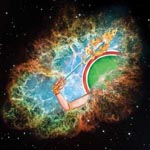 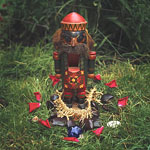 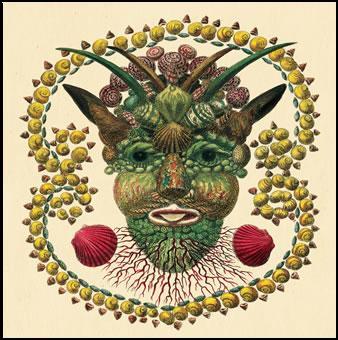 Yeah, we know, you’ve heard it all, right? You’re a pretty dedicated indie music fan, you keep up as much as you can; you read a couple of online pubs regularly, you know all the latest ridiculous genre variants being tossed around, you’ve got open access to all the free music your ears can half-ingest before moving on to something else. You’re probably confident nothing can surprise you, certainly no gimmick that you’d describe as "new." Hell, in the past year alone, you’ve heard melodramatics whine about incest, meow like kittens, fill out a record with extremely fake casio presets and falsetto about pig-fucking. You heard an aged genius making sheep noises, a vaguely electro-pop album made entirely out of voices and, uh, Joanna Newsom. Take a rest, you deserve one.

But Akron/Family—masterminded by four NYC based multi-instrumentalists (Young God/Angel of Light’s Michael Gira guesses they’re capable of playing about 50 instruments, though I call some serious bullshit unless we’re actually including "instruments" listed like bags of change; else, colour me pretty impressed) that has developed its own ethic/philosophy titled "AK AK"—might just prove you wrong. Sure, you’ll pretend to know where they’re going when "Before and Again" opens with some beautifully sweeping folk, but by the the time it morphs into a poor-man’s rumba, takes off onto "Suchness’s’" E6-via-Animal Collective psych-pop, detours through the ambient fog of "Parts of Corey" (creepy enough to be on Endtroducing) and rests with the epic, Castanets-like "Italy"...well, if you feel confused just reading that, your chances aren’t much better when hearing it.

While Akron/Family starts and ends with slow, down-tempo folk not far from pots-and-pans brethren like Microphones/Mt. Eerie and the Earlies, what goes down in-between is the kind of stuff that bad art-for-art’s-sake albums are made of. Tangents come and go nowhere, abruptly ending to reprise an entire three minutes of a barely intact melody; its arrangements can be at times as deliberately grandiose as latter-day Mecury Rev without being nearly as predictable; and enough bastardized genres to make Mike Patton dizzy. No lie, in thirteen tracks they meticulously fuse together (and I’m just going with a short-list here) post-rock, unassuming singer-songwriter, ambient, noise, found-sound, chamber-pop, psych-rock, traditional folk, and—listen to the climatic ending of the terrific "Lumen" for proof—Mars Volta-esque prog-rock. (Come on, just listen to that "where’s your head" chorus and tell me you can’t hear Cedric belting it out before making way for a ten minute drum solo digitally encoded to communicate ancient Sanskrit).

It’s enough to make Akron/Family a certifiable mess before pressing play, but it manages—mostly because of what’s underneath most of the experimentation—to hold together as complete song-cycle, despite not really tying itself together and attempting to achieve more than it ever possibly could. It’s both a a hugely impressive and artistically compelling listen, but one that’s frustrating even for its biggest admirers (Gira excepted), and downright impenetrable for those who don’t assholishly assume that no record could ever take them off-guard.

They take us by surprise with more than just squealing electronic washes ("Corey") or Shalabi Effect-like forays into natural ambience ("Interlude"). "Sorrow Boy" is as creepy as Bob Drake but as accessible as an A Ghost is Born b-side; with just highly-mixed bass and brooding casio synths, its repetition — like fellow highlights "Afford ("The power I afford you / Is the one I wish I had over you") and the dream-folk take on M.Ward, "I’ll Be On the Water"—seems more a deliberate attempt to let what we’re hearing gestate rather than a recurring laziness.

Brave through the first five tracks and you’ll find gold: "Running, Returning" is easily the record’s most compact and "straight-forward" rock track. That said, its familiarity isn’t nearly as essential to the track’s success as just how realized and considered it sounds. With a kitchen-sink barrage of guitars, banjo and jews harp, they hit us with a kinetic melody that smacks of Radiohead enough to make it the perfectly introductory cut. It’s less intimidating than the longer build of "Lumen"; less esoteric than the gorgeous closing scapes of "Franny/You’re Human"; and catchier than the a cappella breakdown of "Shoes." With the grotesque amount of noodling surrounding "Running" (not to mention its odd Hawksley Workman-esque ending), it’s a sorely needed breath of fresh air.

Beneath all the off-note harmonizing, elongated electronic buzzes and awkward silences is a band wholly obsessed with where a room full of instruments and some youthful ambition can take some good-to-great folk. And, ok, maybe I am overdoing how "different" this record is—they don’t exactly reinvent the folk genre, and large portions bring to mind groups like Castanets and (Holopaw sideproject) Michael Johnson. But even having heard Elvrum at his weirdest or Animal Collective work through one of many guttural chants, you’ve never heard an album quite like this. And in a heap of faceless indie-fads, that alone makes Akron/Family worth a serious listen, even if it is real easy tp come out the other end wondering if what you just heard were the initial sparks of something truly great or a slaughtering of ambition over substance.