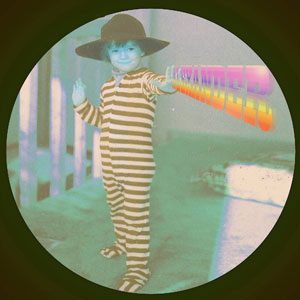 One of the older secretaries in my office—a grizzled, dexterous office manager and an inveterate whistler—walked through the hallway past my office recently belting out a tune. I recognized the melody immediately but couldn’t place exactly where I’d heard it until a few minutes later. She’d been whistling the song “Home” by LA based hippie collective Edward Sharpe & the Magnetic Zeros.

Naturally, sitting in my cramped, disorderly little cube I began to think about the enormity of the democratization of music in 2011, and all the innumerable ways in which that movement has rippled out into every facet of the American zeitgeist. See, I know exactly where the grandmotherly secretary in my office came across this nugget of indie-pop psychedelia, but that doesn’t make this scene any less bizarre for me. She no doubt heard the song in the background of the most widely syndicated NFL commercial of this past (and possibly last) season. It’s the one where everybody’s driving to their beloved home stadium on game day to overpay for tickets and concessions so the owners and the players can reward them by not playing while they fight over who gets a bigger piece of the unprecedented profit margin made on the backs of the fans for whom they purport to exist. It’s quite a touching scene.

But the question then becomes, where the hell did the NFL—one of the most staid and conservative pop culture organizations in the country—get “Home” from? And this got me thinking about a recent piece that Maura wrote about the Strokes, in which she said, “In another time, Is This It would seem like an accomplishment, but in 2001 it seemed like a miracle.” And that’s when I realized that we music fans here in 2011 are confronted with an absolute glut of good music, literally streaming in from every angle. To paraphrase Eddie Murphy, we’ve got good music just falling out of our pockets.

Good music now falls out of the pockets of people who, in 2001, would have clung to it like a last breath, and is picked up by organizations like the NFL and spread so far and wide that a culturally-insulated sixty-something secretary in my office just walked by absent-mindedly whistling it. Yes, in music, as in so many other modern fields bound up with the exponential advance of technology, the miraculous has become the daily.

So daily, in fact, that Rolling Stone recently took the trouble to write a whole 200 words on Alexander, the new LP from Magnetic Zeros frontman Alex Ebert, dismissing it as “vaguely hippie-ish” in a write-up whose signal-to-noise ratio makes it a total waste of the six-and-a-half minutes it took to write it. And this coming from a guy who just took 400+ words to get to the subject of his review.

So, is Alexander a good record? Well, yes. It is both a good record and only slightly above average in the totality of popular music output so far in 2011. And this is the point. Ebert’s first solo release has a handful of knockout songs grabbing deftly from all corners of the sonic map. The album’s first single, “Truth,” for example, got pretty good rotation on local LA radio, causing me to believe, perhaps naively for a resident of 2011, that it would make quite a national splash. “Truth” begins with a Once Upon a Time in the West whistling intro before an ambling world folk guitar line jumps up and Ebert’s languid, rhythmic delivery eases over the contours of lines like, “Say you’re my lover / Say you’re my homey / Tilt my chin back, slit my throat, take a bath in my blood / Get to know me.”

“A Million Years” begins with admittedly needless panting and ends with an equally superfluous minute-long tacked-on outro, but between the two blossoms an accomplished, understated love song too involved with its own gyroscopic spinning to get overly maudlin or melodramatic “Bad Bad Love” lets Ebert flex his vocals above that hazy catatonic baritone where Edward Sharp makes his living, with some Dylan stylings to start things off and some Walkmen-esque caterwauling in the song’s final third.

Is Alexander a 2011 miracle? Well, no. “Let’s Make A Deal to Not Make a Deal” is a flouncing hippie lullaby with no hint of the punch, pace, or intricacy of the record’s best cuts, and there’s a good amount of other filler here. Still, at the risk being accused of musical fogeyism, an album on footing this sturdy (five killer songs in ten tracks) would have made waves in 2001 for the refreshing blast of imperfectly packaged artistic intention and talent it is. Even in a year practically overrun by talented indie artists, it’s worth at least spinning the singles, especially if you’ve found yourself whistling ““Home.” In any case, that’s what I hear from the ombudsman of the LA scene, the secretary in my office.