Other Records by Aliens 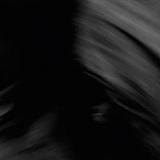 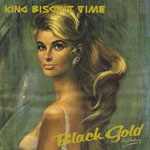 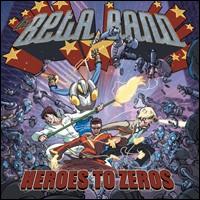 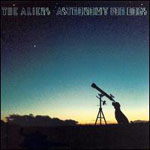 Astronomy for Dogs is both a rabid voice from beyond the grave and a strange howling time capsule from the cosmos -- all set to music designed for a sunny afternoon stoned jog through the park with a stupid-ass golden retriever. Successful not for its musical excesses or potentially hilarious self-mockery (though it has both to spare), Astronomy for Dogs works because it sounds utterly out of this time; its strength is in its ability to recall the voices of singers and records long dead, and reinterpret them for our open and curious ears. (The ghost of the Beta Band, needless to say, haunts every note.) That's not to suggest that the record's "timeless" -- a nebulous and often misleading word -- but rather it anchors itself to shifting moments connected by the vague sense that this is what music sounded like "then." What comprises your sense of "then" is, in most cases, relatively easy to pin down: the Beatles, the Monkees, the entire decade of music and drug use in the 1970s, '90s Britpop, and, of course, the days when the Beta Band was still a band. Yet, I don't really want to hyperlink 9000 albums to this one, mostly because there are probably tens of thousands of people who could do that better than me and throw in a witty, long-winded history of the Beta Band and the way they came into consciousness, lost their innocence, tore up the place, tore it down again, and then released Heroes to Zeroes (2004).

The Aliens' retro-future, interstellar, ex-Beta Band stylings force the listener backward in time and inward in space, resulting in a weird cosmic navel-gazing that is ultimately the reason this album is only slightly more than moderately successful, and cannot be described under any circumstances as "innovative," "refreshing" or "a step forward." Space has been the place, especially for black musicians, as a site for challenging narratives about identity, reshaping history, and dreaming of Utopia (see, especially, Sun Ra). But here it is all curiosity and play, a casual dreamy wonder by some guys who love music, but don't really bleed it. This vibe of meandering fascination that the band gives off transferred itself to me over the course of repeated listens. Besides the obvious desire to let the mind wonder and play connect-the-lineage (a cliché that I, like many critics, fall back on with nothing substantive to say), I often found myself recalling personal memories of the Beta Band, personal memories not related to the Beta Band, personal favorite old records (including, surprisingly, Urge Overkill's Saturation [1993], which I hear all over first track "Setting Sun") as well as plunging into personal insecurities (How can I ease off using the word "fun" to describe music when there is a jam as absurd as "The Happy Song?" Can I lessen my reliance on parentheses as a device suggesting inner monologue? What if the sentences inside the parentheses become more important than those outside? Doesn't that defeat the purpose of parentheses in the first place? And what exactly does that period waiting on the far outside mean after all this wayfaring locution?).

Astronomy for Dogs is a B-movie concept delivered on a huge budget. Thematically, the album begins with imagery that suggests an ending: the setting sun. The song itself, however, is a pulsing mix of guitars, densely layered vocals, and a classic (or is that Smash Mouth-esque?) keyboard riff. It manages to retain momentum even after the second major climax, ending finally with a pretty un-spooky chant of "We are the Aliens" (which will recur throughout the album). After the first honky-tonk piano notes of "Robot Man," it is perfectly clear that we are plunging into a space-themed world that delightfully doesn't take itself literally -- no "Mr. Roboto"-style vocoder here, thank god -- just funky sing-alongs, spaced-out epic tracks (closer "Caravan"), and '70s cheeze ballads ("She Don't Love Me"). There's little to really sink your teeth into here, but where the Flaming Lips somehow managed to fool people (including themselves) into thinking futuristic goof-shtick was really the future of music, the Aliens are content to dwell in the past -- sadly, where the minds of most of their listeners will be as well. Their album, like most side-projects, solo albums, career resurrections and reunion tours, serves the purposes of reminding us even more of the lost "original" that everyone else is trying to put behind them. We can try to subvert this, or deny it, and just fucking listen, but you really can't teach an old dog new tricks.