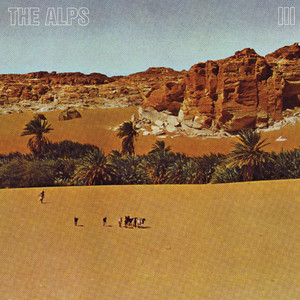 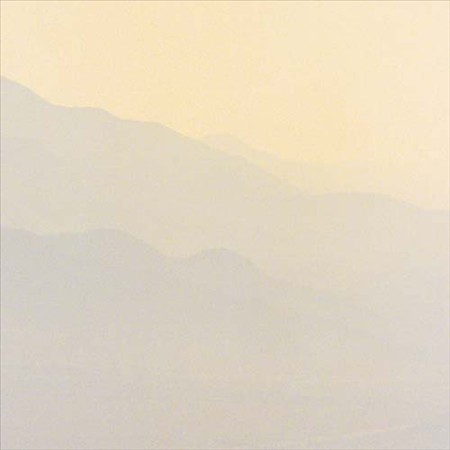 Here’s proof that Type aren’t determined to scrape all their listeners around the sub-zero sinkholes of Hell: a new Alps album, one which finds Scott Hewicker, Alexis Georgopoulos, and Jefre Cantu-Ledesma still eddying in their warm reverie in a way that only Frenchmen can. When you consider that one of those Frenchmen is in fact American, and has turned the band on to the San Francisco landscape, you can practically hear the sunlight that’s going to ooze from this record. Once launched, however, Le Voyage is less Three Men In A Boat getting fried across the Atlantic and more Three Men With Heatstroke going Pagan to outdoor film scores: there’s a playful, marsupial vibe at work with the Alps, and each of this record’s ten sprawlers is a reaction to too much sun.

It’s a good reaction, though: on “Drop In,” the goodness comes in the form of arm-swinging folk, perhaps making you think you’ve found a missing Burt Bacharach album. Following that vineyard twee opener, “Marzipan” strikes like a dive bomb—its combination of mortars, running water, train station ambience and the Duetto Sull’aria movement from Mozart’s Le Nozze Di Figaro mix to sound like…well, a scrape round the sub-zero sinkholes of Hell. The aftereffect is something like an acidy trip to the tailor, and the water recordings are so well rendered that if you hear it asleep…well, let’s just say you’ll only make that mistake once.

Bar the bizarre opening, Le Voyage finds the Alps happily at work with their familiar Americana/Parisiana, as alternately organized and tranquilized as ever. If you want the music from Flight of the Conchords that kicks in when a sidekick gets dumped, you need to check out “Saturno Contro.” For the kind of languid rock bridge first crossed by a pre-cocaine Oasis, go straight to the title track. Whatever the weather, Le Voyage is a far cry from the rose-tinted slush that other instrumentalists can resort to, and it seems as always the Cantu-Ledesma/Georgopoulos/Hewicker triangle are striving to paint summer truthfully. Where they’re most comfortable, though, is fleshing out the moods of the day whenever the light starts to change: the friendly fizz of the irresistible closing dirge, or “St. Laurent”‘s soft rock Big Ben bells. It’s not all friendliness and soft rock, however, and there’s still several jolts in the haze. The meaty swamp blues of “Crossing the Sands” has the ghost of Cozy Powell on drums, and confirms the album should come bearing a sticker stating “Do not drive while listening to Le Voyage. And do not eat space-cake while attempting to drive.”

The Alps, lucky bastards, don’t need to drive. They hinted at this consistency with 2008’s III, and it would be nice to think they’ll still make the same sounds in years and blocks-of-two-years to come. Synths may cycle in and out of fashion but a drug is a drug is a drug, and if you dabble during the summer months you’ll want something sturdy and analogue to sail on. Though quiescent in comparison to Type’s spikier stuff, Le Voyage remains a fine record, its Tarantino bristle in all the right places with plenty of bright light behind it. The piano strains and occasional sitars form a cool neo-cowboy hybrid. The rest forms a cool but slightly unstable flatland of eight-tracks and radio wire.