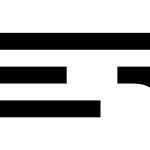 Every music obsessive worth his/her salt knows what good packaging can contribute to a release. During a recent conversation with some musicians and PR people, it was accurately pointed out that the Raster-Noton label has its aesthetic together on a level that is almost daunting. A glance through some of their recent releases confirms this: the art direction tends to perfectly fit the mood of the album, and the packaging often features slipcases, extended liner notes, and digipak foldouts. This special attention to packaging and album artwork speaks to the importance Raster-Noton invests in presentation. The music released on the label is hardly incidental to the physical packaging, but the two form a symbiotic relationship in influencing how the listener comes across the experience of the record. This kind of deluxe packaging is also only possible for a label like theirs, with a small yet dedicated target listening audience. If Raster-Noton releases work best as a “special little thing” for each listener, then Xerrox Vol. 2, the latest from Alva Noto, fits perfectly into this distinction. Housed in a minimal black-and-white designed cardstock foldout, all signs again point to Raster-Noton’s intent for its releases to be treasured objets d’art.

The most striking thing about Vol. 2 is that it pushes much further on the path toward accessibility established by its predecessor, Xerrox Vol. 1 (2007). While the first volume featured its share of compositions consisting of little more than the popping and fuzzy bits of microsound, Vol. 2 breaks new ground by placing much greater emphasis on tones and timbres. Unsurprisingly, Nicolai’s collaboration with pianist and Yellow Magic Orchestra alum Ryuichi Sakamoto bear a heavy influence; the sustained orchestral swells and bits of crunchy noise on “Xerrox Sora” stem from the recording of Insen (2005) with Sakamoto. Beyond the actual collaboration present, however, Vol. 2 is structured in much the same way as Nicolai’s material with Sakamoto: another artist provides tonal material from an acoustic instrument, which is then given the Alva Noto treatment. It’s a method that results in lush minimalism, leaning heavily on drones and gradual orchestral shifts with a side of Nicolai’s famous down-home glitches and wheezes.

The first four tracks feature samples from Michael Nyman and Stephen O’Malley, whose raw material in the vein of modern classical minimalism and drone/doom provide excellent fodder for Nicolai’s slowly morphing soundscapes. Sampling an artist as accessible as Nyman results in some of the most gorgeous and easiest to digest material in Nicolai’s oeuvre. “Xerrox Phaser Acat 1” juxtaposes lush orchestral repetitive material with piercingly high yet oddly relaxing sine-tones, while the strings of “Xerrox Soma” arise triumphant through empty reverberated echoes. Nicolai’s presence is most heavily felt, as usual, in the minutiae—a breeze of feedback here, a wisp of brown noise there, brief blips that disappear before the listener can fully comprehend them. Nicolai’s percussive material is unusually at the background of Vol. 2, which instead places the majority of its attention on the instrumental samples. The payoff comes in moments like the beginning of “Xerrox Meta Phaser,” when O’Malley’s harsh drone meshes sublimely with Nicolai’s throbbing, low sine tone and waves of noise.

Ostensibly, there’s an old world/new world narrative going on with the two Xerrox releases, the first having focused on classical music while the second collects samples from the United States (the “new world” as it were). Call me plebian in my appreciation of the finer points of classical and its modern evolutions but, given Nicolai’s cherry-picking of slowly progressing sections of his source material on each release, this juxtaposition between the two releases isn’t aurally clear. Still, this is a minor gripe, and takes nothing away from the quality of the music, which is some of the best Nicolai has released.

Bringing it back to Raster-Noton’s engaging art direction and presentation, there is, correspondingly, an aural sense on Vol. 2 that the listener is meant to be invested in this process in a level beyond the usual studio recording. Nicolai modeled the sequencing and flow of the album after his live performances, which is perhaps further reason for the relatively accessible nature of this material. There’s a palpable sense of playfulness as these pieces progress, often starting with relatively untampered source material and gradually incorporating more of Nicolai’s DSP before dissolving in washes of white noise and reverberation. While Vol. 1 featured more upfront micro percussion, in addition to samples of photocopiers that connected clearly to the title, Vol. 2 is a launch pad for the most tonally harmonic music from Nicolai solo to date. It’s a wonderful entry point for newcomers to Nicolai’s often-difficult compositions, and an enrapturing progression for those who have followed his sonic explorations.