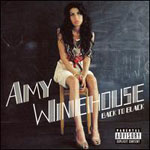 There's this one Bugs Bunny cartoon laid out inexplicably like a Wagnerian epic, all lightning and bombast. Bugs is pulling his usual gender swapping, transvestite cottontail schtick on Elmer Fudd, riding around on a portly white stallion, laying on the coy dame act. Elmer's falling for the whole act like a sucker as usual, his original plan of snaring the wascally wabbit on hold. The abstract theatrical setting blasts and bursts as Bugs leads the hunter round by his nose, spicing his desire with false eyelash flutters and soft, languid fingers. Thunder crashes, Valhalla shifts on its axis, the whole deal. Of course the idea of a rabbit managing to convince as another species is never called into question. Cartoons don't have to play ball with reality; the idea's absurdity inspires its sense of fantastical farce. It rests upon two universal truths: that what you believe will inevitably steer your actions and opinions, and that love is gonna mess you up.

The ability to seize upon a role and chameleonically blend with it is a talent. To make someone believe that the person they'd already sized up is actually someone else is a truly valuable skill, one that Amy Winehouse knows and relies on implicitly during the course of her new album.

Amy Winehouse came to the music world's attention with her debut Frank (2003), as part of a strange vocal jazz revival, her emergence coinciding with the arrival of artists such as Jamie Cullum and Katie Melua, to form a small yet successful subset of modern pop. Her take on jazz was filtered through a brash, contemporary mindset, which attempted to take the vocalisations and styling of artists such as Billie Holiday and Sarah Vaughn and infuse them with the blood and romance of the modern teenager. Despite Frank being by far the most innovative and mercurial album to fall from the new jazz pop tree, it seemed to want for something. It was a fine showcase for her chewy, provincial singing and charmingly bolshy delivery, but it ran a little dry on true emotion. Its edges were sanded a little too cleanly, its songs lacking the pressure and delicate pain found in the best albums of her predecessors. She couldn't summon up that bruised fight feeling in her own songs like Billie Holiday did on Lady In Satin (1958), for example; there was none of the tender character of Sarah Vaughn's Sarah Sings Soulfully (1963).

Back to Black is a different story altogether. Resurfacing with a look that's equal parts Ronnie Spector and tattooed sailor, Winehouse has switched her allegiance from jazz to soul, and in the process found a true home for her particular talents. Opening the album with a brass-bottomed piece of wall-shaking rumpus in "Rehab," she immediately takes her hard-drinking tabloid image to task: "I'd rather be at home with Ray / I ain't got seventy days / 'Cause there's nothing you can teach me / That I can't learn from Mr. Hathaway." The rat-a-tat-tat Motown drums and jive-stacked horns swivel and pop in her wake, the Pips to her Gladys Knight. Tellingly, the "Ray" she'd rather be at home with is never clarified, and the listener is left to decide which she's referring to, the Tanque- or -Charles variety.

The sound of the record is witness to Winehouse's devotion to her forebears; clearly she's found solace in the vaults of Atlantic and Hi Records, burning their love of melody and earthy textures through into the album's genetic makeup. Swinging from the Randy Crawford-inflected glide of "Love Is A Losing Game" to the cooing Motown girl harmonies of "Me & Mr. Jones" (although Motown probably never let a track open, "What kind of fuckery is this? / You made me miss the Slick Rick gig"), she effortlessly assumes each and every role with an astounding ear for its trademark sonic signature. In most cases this would lead to an album that's simply a genre exercise, an amusing round of "spot the influence." Winehouse's songwriting is too strong, however; these tracks create a sort of unquestionable authenticity.

The title track, an aching black mass of heartache, is the album's towering achievement, its chorus swamping the listener in brittle, bare boned grief: "We only said goodbye with words / I died a hundred times / You go back to her / And I go back to black." The palpable sense of loss and crushing inevitability curls away as a potent riptide of Spector strings climbs and then falls into a lugubrious Morricone phantom choir. It's one of the finest soul creations of the 00s so far, ranking alongside Antony & the Johnson's "Fistful of Love" in terms of sheer emotional impact and subtle devastation.

Bugs never could fool Elmer for long; the lips and lashes show was always as much for his own amusement as it was a tool to save his own skin. Inevitably, he was found out and once again running for his life. Amy Winehouse played this risky game, too: a new disguise is never assured, and switching styles early into a career can drop an artist completely off the map if carried out poorly. But unlike Bugs, Winehouse isn't playing. Her efforts have crafted a soul album that is resistant to any claims of mere charlatanism, a record that brings a modern tongue to a classic style. This isn't a good approximation, it's an excellent self-assertion.