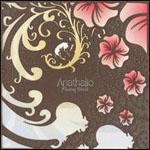 You’re supposed to be choosing sides. Monolithic corporate entities are supposedly strangling all of the originality and creativity out of the traditional four or five-person band unit. Microsoft commercials or Myspace would have us believe that the soundtrack to the early 21st Century revolution will involve jamming via webcam, creating a harmonious mess of mashed-up, neo-parochial globalism: a Tibetan monk spitting rhymes about not sweating the big stuff before a wall of Italian and French teenaged accordion players. It’s all solo action, vigilante-style – dude using a laptop to synthesize the most talented musicians of our time up on stage with him. Web technologies have allegedly allowed us to choose to be on our own side, or at least on the side of a vastly networked cult of The Individual. Let all controlling corporations, cultural or counter-cultural, be damned.

Of course, most of this is bullshit, and the only evidence you need of that is the popularity of the “collective” (or “band with many members and oft-changing lineup”) in today’s indie scene. Broken Social Scene, Architecture in Helsinki, Arcade Fire, Hidden Cameras, Islands, New Pornographers, Polyphonic Spree, and pretty much the entire Constellation Records family have contributed heavily to the indie renaissance as we now enjoy it. This, despite that the idea of ten people trying to survive in a van and on sixty bucks worth of door money runs counter to the convenient mythos of indie as counter-tradition, the tech-savvy revolutionary cutting up archetypes and stereotypes. The fact of the matter is that even if we (the West, at least) do have the global at our fingertips, some of the most popular bands in indie today are best identified by their local, traditional connections: by the city from which they hail, and that their band seems to be created and defined by far-reaching friendships rather than vice-versa.

One such emerging “collective,” Mt. Pleasant, Michigan’s Anathallo, emphasize as much in their bio. Their write-up is adrift in the details: the broken-down vans, eating sandwiches in parking lots and playing their music to strange crowds every night, though they could be describing the experience of any band lured by the romance of the road. This might seem random speculation to introduce an album, but it’s important to understanding Anathallo, who have been called since the release of Floating World, among other things, “pretentious” about four thousand times. There’s an awful lot to take shots at here, especially if one spends too much time looking at the band through the prism of the aforementioned Microsoft commercial – the collective as a microcosm of some vastly interconnected network of indie individuals. It’s the concept that seems pretentious; Anathallo are just a band, albeit a large one, who are making pretty, powdered-sugar music for band geeks.

Much of Floating World is beautiful, straightforward emo-rock that vacillates on hushed melodies punctuated by outbursts of emotions and percussion. Though many reviewers are, perhaps rightly, concentrating their collective wrath on the album’s more fiery moments, what distinguishes Anathallo is their restraint. Where some of the “collectives” named above are known for their exhibitionist catharsis, Anathallo’s debut hangs back, placing as much emphasis on hand percussion as they might a band-wide chant. A single shaker could define a song, though the band stands by with barely-contained potential for ruckus. It’s not in cutting loose that Anathallo’s chops are made obvious, but in the measure of their self-control. This is a band that knows that some of the most musical moments are those that occur between the beats and sonority.

The album’s weaker moments come when the band strays towards the easy rock-out. “Hoodwink” is populated with interesting and beautiful moments, including accumulative percussion, horns, chants, a fleeting xylophone, delay-soaked guitar, shifting time signatures and a gorgeous climax, but it’s most often the opening moments’ straight 4/4 drum beat and heart-on-sleeve vocal melodies that mislead the listener into thinking that Anathallo are nothing special. By contrast, the anti-linear “Bruised Reed,” with its Tom Waits horns and determined build-up, or four-song “Hanasakajijii” cycle, belie Anathallo’s true, accomplished and unapologetically sincere nature. Album closer “Kasa no Hone” centers a vocal melody with unmemorable directness where most of the album wanders in the wonderland of its own musical creations.

Floating World is not the statement that some will look for in something as open-concept as a “collective,” but more a band with their scope broadened. Floating World simply plays with the sonic possibilities of more instruments. That the album isn’t as cathartic as Anthallo’s fellow “collectives” simply means that, against the ebbs and flows of Microsoft’s manufactured vision, the band is as true to the tradition of unhurried, deliberate songwriting as they are to the tradition of eating sandwiches in parking lots with seven of your best friends, wondering how to pay for gas.