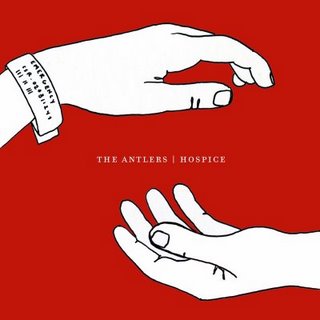 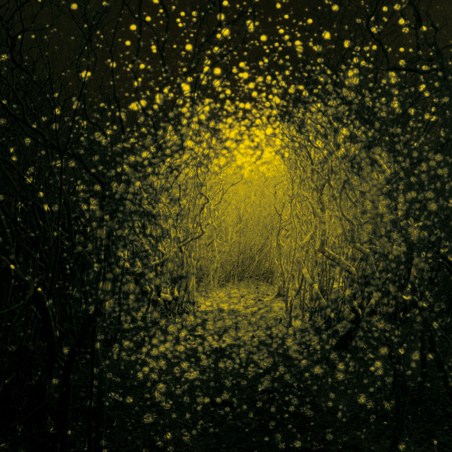 I thought we reviewed this album weeks ago. I’m shocked we didn’t, because on first listen this is the most inconspicuous shit you’ll hear all year—tailor-made, you’d think, for a middling mid-60% score and an unnoticed slip into the archives of mediocre albums about which not very much of interest can be said. That’s because, on first listen, the front half is so coolly methodical, so base in its arrangements and so slickly produced that you’d be forgiven for assuming the style employed here wasn’t married to anything of substance. Opener “I Don’t’ Want Love” is gorgeous, but settles quickly into “French Exit” and “Parentheses” and at that point the band seems hell-bent on simply maintaining: a boilerplate sexiness; a drenched aesthetic replete with cookie-cutter electronics; manageable song-lengths and unchallenging lyrics. We didn’t think much of Hospice (2009), and on first listen to Burst Apart it seems enough to simply cut and paste from Andrew’s review: “There’s certainly a whole lot of emoting and quite a bit of development—as well as a whole lot of ambience—but there are few moments in which songs emerge throughout the record’s lengthy haze and few moments that prove as cathartic as those of the best records in the genre.” This failed attempt at catharsis, it turns out, is key.

The first twenty minutes of Burst Apart depict a very talented singer (comparisons to Jeff Buckley are a little bit lazy but useful enough to repeat here) fronting a band that seem better suited to dabbling than accompaniment. Ideas are left sidling, up until obvious side-starter “Every Night My Teeth Are Falling Out” offers the perfunctory rocker, after which you resign yourself to riding out the album’s back-half thinking that, while those side-starters are catchy and all, there probably isn’t anything here to nourish you back into this album’s fold, to tug at your flaccid, deadened heartstrings or make you take pictures of the clouds through the airplane window and post them on your Facebook using Death Cab for Cutie lyrics as the caption and wonder if maybe you got it all wrong and you should probably just call her and let her know how you feel for god’s sake. There is nothing on the first side of this album, it seems, that will make you think seriously about becoming a bad poet.

But then, holy shit, this album’s second half is enough. More than enough, it turns out, not only to make me reassess that whole front-end, and to recommend Burst Apart, but also to catapult it onto my year-end list and write my most emo review to date. Or, to get more specific: “Corsicana,” or One of the Most Beautiful Songs You’ll Hear this Year, positively Dawson’s Creek in its emoting, is enough. And there we return to Andrew’s point that while Antlers have many of the required pieces to chip and chink at our oversaturated playlists, what they ultimately lacked on their last album was that one thing that coheres ideas into songs: believability.

In time, Burst Apart comes to feel like kismet, as if all of the same parts have been subtly rearranged and now, suddenly and naturally, make a new kind of sense. From the horns and build of “Hounds” to the weepy doo-wop of “Putting the Dog to Sleep,” Antlers’ Peter Silberman has dropped much of the conceit of his last album and presents instead the ache at the core of his songwriting. What he’s accomplished is an album that can actually change your mood while listening to it, that allows you to luxuriate in the melancholy at which it’s so much easier for songwriters to poke fun. That Andrew picked up on the failed attempt at catharsis in his review of Hospice is important, simply because here Antlers succeed at this same attempt.

And given Silberman’s voice, can you blame him for hinging his songwriting on an unapologetic, and not-always-successful, sincerity? Burst Apart sounds so uncynical that it’s no wonder the band, as a project, has been hit-and-miss. When Silberman ascends wordlessly through a haze of delay on “Corsicana” or at the end of “I Don’t Want Love,” it’s no less controlled or produced or vanilla than the rest of the album, but what it is is effective. There’s something very difficult to identify that transcends his efforts this time around. He could employ all of the same methods on his next effort and turn in a complete mess, returning us, perhaps, to our cynical, doubting selves. He could also double his effectiveness. There’s no denying that something like “Corsicana” is simple, and very derivative, and equally heart-shattering.

And that’s what makes me think that Burst Apart, while far from perfect, is sort of a special album. There’s a strange confluence of forces that conspire to produce such elegant writing, an accidental beauty that is both elusive and maddeningly essential. Though difficult to reconcile the subjective whiles of our lovesick, contradictory impulses as listeners, Burst Apart proves that music can be the mysterious sum of far more than its utilitarian parts.