Other Records by Arbouretum 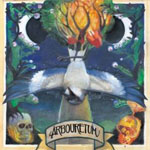 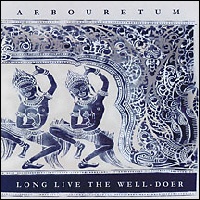 Nine months ago I drove up to Baltimore with some friends and saw Anomoanon play a show at the Talking Head. Those familiar with the Baltimore scene ought to have a good point of reference, but for the uninitiated the Talking Head is best explained as a total hole in the wall. The place is grungy, tiny, dark, and, even with the crowd, the February air was vicious. (On the upside, they make a cheap and highly effective vodka tonic.) I hadn’t heard much of the Anomoanon’s stuff up to that point, and, with the exception of the recent Joji (read CMG review here) , I still haven’t. They put on a great show, with a simple line-up of Ned Oldham on lead acoustic guitar accompanied by another acoustic guitar and a stand-up bass.

So where does Arbouretum come into all this? The other guy on acoustic guitar was Dave Heumann, and Arbouretum is his band (I have no idea who was on bass, but chances are he has a band too, and it’s probably better than yours). Picking up the Oldham brothers slack, Heumann & Co. have put out a strikingly great debut record that holds its own against both the freak-folkies and the Drag City crowd. Only problem is getting ahold of it.

Long Live the Well-Doer is a bit of a slow grower. There are a few immediately accessible tracks, most notably the anthemic “People Flock Not to the Good” and the Ned Oldham-produced “Song’s a Seed in my Garden,” but most of the tracks take a while to sink in and lodge themselves in your brain. I find myself humming the simple bass-line to the eight-minute “All That Will Be Has Become, All That Has Come isn’t Gone” days after last listening to the record.

After the contrived opener, Heumann starts the album proper with “Jonas Got a Tooth.” The track builds to a crescendo over a two-pronged electric guitar attack done with both great skill and better-than-average production. No doubt Heumann has picked up a few things---especially in his lyrical delivery from hanging out with the Oldhams---but his vocals tend to be stronger in general, if not as impassioned. “Don’t Let it Show” is a pretty little song, despite a weak chorus, and is followed up by the great “I am a Somnambulist.” The first section of quickly plucked acoustic guitar is followed by an extended electric guitar/piano/drums/cello crescendo that mirrors the first half.

Heumann really proves himself, both lyrically and in arrangement, on the fantastic “People Flock Not to the Good.” Opening up with the actually-not-overtly-political line, “Everyone says the war will soon be over / Everyone says the dead will rise again,” Arbouretum move through a sedate, beautiful arrangement. The song never bursts into the kind of soloing that I hoped for, but the plucked strings at the end of the track seem fitting. The excellently produced and executed instrumental “Wisteria” follows, showing that the band does indeed have chops. The only real misstep on the album comes with “Early Bird Gets the Worm,” where the vocals are too high in the mix and the drummer seems to be doing nothing in particular.

The epic “All That Will Be…” does much to redeem the group. They never let the song drone on too long, breaking into an absolutely scathing solo a bit over a minute that is kept up for most of the rest of the song. Even the chanting of the song title (that’s about all there is in the way of lyrics), is oddly compelling. The album closes well, with the slow-moving and touching “Song’s a Seed in my Garden.”

I got this album months ago, April I believe, and since then the band have gotten something of a distribution deal together. They’ve also gotten a lot better. I caught a show at the Warehouse Next Door, another hole-in-the-wall venue, this time in DC, a few weeks ago. Their guitar attack has really come together, and the new material they played was as good, if not better, than that on Long Live the Well-Doer (they have recorded another album’s worth of material in the last few months). Long Live shows an enormous amount of potential, and is in its own right a very good record. As always, keep an eye on Baltimore—though Long Live may have been largely overlooked by the critical community, Arbouretum is the sort of band that could well be the next big thing. Know about it first.