1. Safety Scissors – Do the Whirlwind

Other Records by Architecture in Helsinki 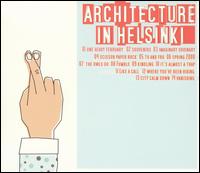 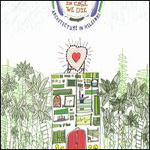 Architecture in Helsinki: In Case We Die 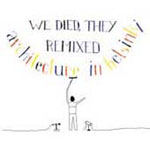 We Died, They Remixed

More than enough has and will be said about the horse race that is Incorporation of Indie Culture™, but the remix album is the Barbaro of the independent scene: it ran well once, fell down, and everyone refuses the shoot the damn thing. Instead, we’ll go through the hours of surgery, the candlelight vigils, the news reports, the doctors, whatever, because for some reason we all want that big animal to trot around again and make us happy. Of course, the folks behind the scenes also want him to trot around again so he can fuck other animals for money. Do you see my point? Do you hear me Guerolito (2005)? I want my 15 dollars back!

Okay, beside the obvious money grab that some of these projects have become, they are also, as a genre, falling into the same mistakes of mash-up before it was saved by Gregg Gillis. First of all, the titles must be cute and preferably some sort of self-referential play on words. Second, each album must be content to work within, rather than challenge, traditional notions of authorship. Recent projects, perhaps building from the success of Silent Alarm Remixed(2005), have insisted on being an album’s bizarro reflection, reproducing whole records in their original order, as if the tracklist was a 10 (or 11) commandments that could not be broken by the remix project.

We Died, They Remixed thankfully falls into only one of these two traps. The remix companion of one of 2005’s best albums, In Case We Die, doesn’t reinvent the wheel, but it has more than it’s fair share of excellent songs. More importantly, it isn’t a slave to the In Case We Die song order. In fact, in cuts out the untitled last song, adds two versions of “Do the Whirlwind,” and throws in “Like a Call” from 2004's Fingers Crossed. It also has a flow, if not like an album then like a mix tape, from early feel-goodness to dancefloor throwdown to mellow chill-out to big conclusion. Of course, there are bumps along this road, but it is a collection that works from the spirit of Architecture in Helsinki rather than striving to recreate or reinvent them. In fact, beside the titles and providing the samples, this feels like it has almost nothing to do with AIH, which ends up being the key to its success.

Franz Tetaz does an equally admirable job with “Wishbone,” using the vocoder in milder degree to create a muddled, underwater feeling that is complemented by the vibraphone sounds of the opening notes. Thundering, tribal drums strangely work with violin strings to create the sense of a Little Mermaid-style variety show.

Surprisingly, the big loser here is the one I was looking forward to the most: Hot Chip’s remix of “Do the Whirlwind.” Perhaps it was my high expectations, but, like their treatment of The Go! Team’s “Ladyflash,” I was left underwhelmed. One of the reasons that the rest of the tracks work so well here is that they feel honest and fresh, complimenting AIH’s sense of passion, play, and orchestration with equally vibrant or creative arrangements. Hot Chip bring almost nothing to the table here, especially since the song already had a bubbly Hot Chip-style synth at it’s core. They keep that bouncy feel, but focus too much energy on the haunting vocals of the original’s outro, making the energetic conga line and synth flourishes feel hollow rather than energized. This doesn’t quite have the smugness of the worst DFA treatments, but it feels phoned-in.

Not surprisingly, fellow Aussie and occasional AIH collaborator Qua hits one out of the park with “Maybe You Can Owe Me,” the album's best track. The song just swallows you from the beginning with it’s warmth, as Qua throws a world of acoustic guitars, upright bass, and affected strings on us like so many blankets on a winter night. But rather than be content with that, as the first verse ends we move into trumpets and finger cymbals, giving us a gypsy setting in which he eventually reintroduces his fireside acoustics to brilliant effect. He rightly accentuates one of the album’s best lines, “There’s no way that I’ll sleep when you’re near me,” before fading out with the finger-picked guitars from which we started.

Perhaps the biggest testament to the success of the album is Isan’s remix of the delicate instrumental “Rendezvous: Portero Hill.” What I would almost immediately dismiss as wankery -- taking a two minute song and making it six-plus, with a title like “Portero Hill (Three Point Four Five Five Mix)” -- is actually a thoughtful and creative expansion of the little flute that marks the original. It serves as a reminder that Architecture in Helsinki’s self-proclaimed death has given this artists room to move and explore, creating an album that is so far from the original that it remains true to its spirit.