I Bet You Look Good on the Dancefloor

Five Minutes With the Artic Monkeys

1. Fake Tales of San Francisco
2. From the Ritz to the Rubble 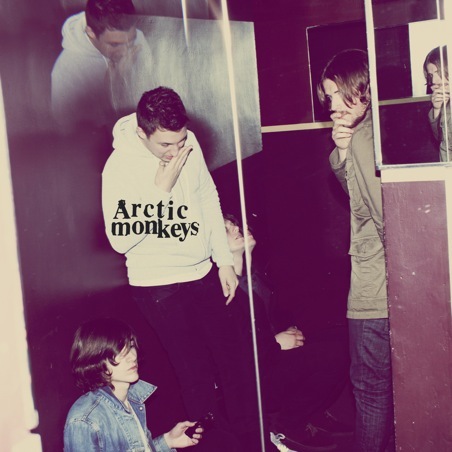 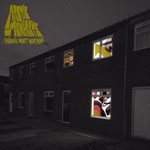 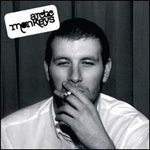 And so it goes. Not sure if the NME calculated it this way or not, but for the third year straight, the first two months of the new year have been the time to break the handful of neuvo Brit-pop acts in America that actually might not suck. This is why bands like the Arctic Monkeys are allowed to release two late December EPs to whet Yankee appetites for their full length in February, while both the lesser likes of Hard-Fi and The Cribs were forced to settle for summer releases. Sort of makes sense; halfway decent UK bands stick out amongst the crap that’s released in January, and an early release assures that said bands will be selling out two night runs at 3,000 seat venues on the East Coast by Thanksgiving.

Superficially, the Arctic Monkeys vary little from their Franz/Chiefs counterparts that made waves in early ’04 and ’05 respectively. They’re a quartet of Fred Perry-clad blokes whose vocalist does nothing to hide a thick South Yorkshire brogue (e.g. “nothing” = “nowt”) while his hyperactive mates pile on the hooks. Further, their heretofore signature tune “I Bet You Look Good on the Dancefloor” is as memorable on first listen as “Take Me Out” or “I Predict a Riot,” with smarmy Kapranos-style lyrics detailing the flirtations hinted at in the title while rhyming “Montagues and Capulets” with “bangin’ DJ sets.”

What separates the Monkeys from the aforementioned acts, besides the above-average songwriting, is an uncharacteristically grungy tone to their guitars and the frothing at the mouth drumming of Matt Helders. The band relies on a decidedly American-sounding guitar rush and manic drums; aided in no small part by obnoxiously shiny production values that leave these five songs sounding far more Green Day than Blur. In fact, the front of the mix bassline, jarring tempo changes, and sporadic bursts of razor sharp guitar on highlight “From the Ritz to the Rubble” practically brings Red Medicine-era Fugazi to mind, albeit a commercial, smarmier version. Yes, I just did compare Fugazi to a quartet of overly hyped British teenagers, but I’m serious when I say that the band’s method of attack could potentially render a “Bed for the Scraping” cover awesome. And then there’s the instrumental “Chun-Li’s Spinning Bird Kick” (these kids are old enough to have played Street Fighter II?), which with its solitary funky riff and frequent snare rolls, bears a distant similarity to Red Medicine‘s “Combination Lock.”

In terms of piquing my interest, these five songs have proved successful in that I’m now curious to see if the Arctic Monkeys can maintain these levels of pogo-worthy energy over the course of a full record. The band has catchiness in spades, and while nothing here really hints at a greater depth beyond three minute pub rock tunes, the whiplash tempo changes and heavier guitars exhibited in these songs makes for a welcome change from the usual Britpop fare. Bummer about that name, though.