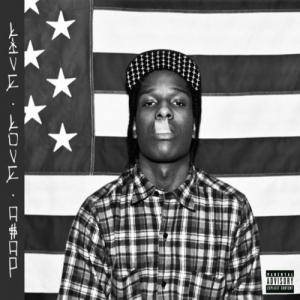 One of the narratives surrounding A$AP Rocky—who at present is encased in a smog of narratives—is that his music, specifically this mixtape, serves as a paradigm for just how thoroughly regionalism has deteriorated in hip-hop. He’s a Harlem rapper who loves Houston rap (this is sometimes reported breathlessly, like Jay-Z didn’t big up UGK a million years ago); the Houstonian sound prevalent on a healthy number of his tracks is produced by a dude from North Jersey (Clams Casino) most famous for working with Bay Area artists like Lil B and Kreayshawn.

It is accurate to say rap is significantly more omnivorous in 2011 than, say, 1999, but reports of the death of regionalism are greatly exaggerated. Big K.R.I.T. and G-Side are thoroughly Southern rappers who make music that echoes the Dungeon Family; the blissed-out blear of Green Ova is ineffably Californian; and Danny Brown just cut a record with Black Milk, who couldn’t sound more like Detroit if he was rapping about foreclosures and the Pistons sucking.

If sounds have migrated into regions they formerly didn’t inhabit, sensibilities haven’t. So, while you can spend LIVELOVEA$AP‘s 53 minute runtime playing Spot the Geographic Reference Point—“Kissing Pink” is syncopated Texas trill, “Brand New” is Memphis hedonism, “Peso” echoes Oakland, some of the vocal harmonies wouldn’t be out of place on a Bone Thugs record—you would be missing the point. My CMG colleague Chris Molnar argues that A$AP “grounds that whole Clams Casino thing in mainstream rap reality.” I agree; I’ll do him one better: A$AP is the heavy element that pulls these sounds (Clams Casino’s aesthetic chief among them) into his orbit and gives them order. A$AP’s gravity is the animating force of his music, and his gravity is in Harlem. LIVELOVEA$AP isn’t tourism, it’s telekinesis—Rocky extracting a chunk of Houstonian screw into his solar system. This is perhaps his greatest asset as an artist, that he’s a brilliant hyphenator: Oakland-Harlem, Memphis-Harlem, etc.

You have to be a good rapper to do this. There are a million and one dudes, from all corners of the map, rapping over Lex Luger-ish beats who are nearly indistinguishable from one another, then there’s Flocka and Rawse. Like both of those emcees, Rocky is more about personality and sound than wordplay. Though his flow occasionally settles into a Wayne-ian pattern, it’s not nearly as fluid, and it’s not dotted with exuberant metaphors. But he enunciates powerfully from within the pocket of the beat, always sounds like he’s rapping in facts, and knows how to turn a phrase. His sense of sound and the function of internal rhyme gives the illusion his raps are more complicated than they are. He understands the infectious way a line like “My all gold grill give ‘er cold chills / Say she got that coke feel ‘cause I’m so trill” can pinball around a listener’s ear.

And his taste in beats is impeccable. LIVELOVEA$AP absolutely scorches from front-to-back; its author’s ability to command a variety of sounds allows it to sound unified without drifting into monochrome territory. “Trilla” rides a twang-y guitar lick, “Keep It G” is all weeded-out horns, and “Demons” (which uses the same breathy sample as G-Side’s “Pictures”) sounds like death by smoke inhalation. I’m loathe to perform song description—you can download this for free, after all—but you’re going to break your neck to this shit.

The element of the “regionalism is dead” narrative that I find most irksome is its subtle undercurrent of bitter, unnecessary mourning of the death of the New York Rapper. Only parochial trad rap devotees who were talking themselves into, like, Papoose in 2004 ever cared about the fate of the New York Rapper or even pretended the New York Rapper was ever really a thing (how do Grand Puba and the GZA sound alike?). But here’s your savior, Crotchety New York Rap Lovers: you probably fucking hate him. This is because regionalism in rap is evolving. The New York Rapper didn’t die in 2004 so much as he started listening to the Southern rap that was dominating the radio. Hence: A$AP Rocky, as pissy and aggressively cool as any New York rapper before him, draped up and dripped out in beats from everywhere. And yet, I keep imagining someone hollering “Dipset!” in the spaces between his bars. Because I hear Harlem in every one of those verses. The City is dead; long live the City.