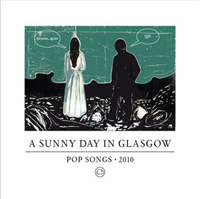 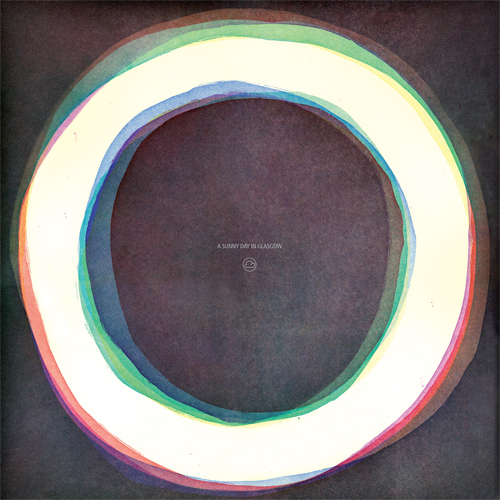 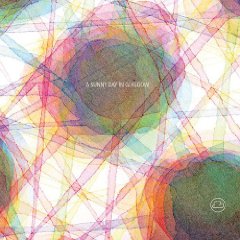 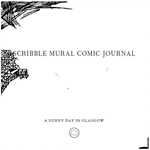 Though A Sunny Day in Glasgow’s sister singers’ voices float through a detached haze that immediately hints at Stereolab, it isn’t until the mischievous and ghostly centerpiece “List, Plans” that you begin to think this family band might have duplicated the type of magic Stereolab fans have been waiting for since Dots and Loops (1997).

Because Stereolab have been around so long and released a thousand or so albums and singles, it can be hard to remember that the canonical psych-poppers were once as irreverent as they are still technical and precise. On Scribble Mural Comic Journal, ASDIG’s debut album after a promising (if more conventional) The Sunniest Day Ever EP, the band find that same personal illumination and, without any pretense of explanation, explode it into myriad sound. Being comprised of three siblings (twin sisters Lauren and Robin Daniels along with principal songwriter Ben), they sometimes sound as if they’re on an exclusive wavelength, peppering their tracklisting with inside jokes and rendering their lyrics largely unintelligible by way of the album’s aesthetic of arms-length obfuscation. By doing so they capture the playfulness and seemingly endless horizons of their predecessor’s experimentation; we may be hearing the beginnings of a long, storied discography.

Drawing a line from ASDIG to Stereolab is convenient, but admittedly superficial. The latter drew from well-established forms of bossa-nova and lounge and emerging forms of electronica as much as they contributed to the developing indie scene of the day, and so in comparing the two bands one connects far more than two dots. The difference is that with Scribble Mural Comic Journal, one can also hear more contemporary genre influences added to the Stereolab formula, updating rather than simply emulating. More complex and contemporary forms of techno are surreally injected into opener “Wake Up Pretty,” which combines the twin’s sonorous and seemingly wordless vocal instrumentation with the spurts and stops of a sputtering beat that defies the repetition one would expect from such a shoegazey album. The dynamism of conventional indie rock is also better referenced, as in “Things Only I Can See” or the jubilant Jesus & Mary Chain bop of closer “The Best Summer Ever.” Meanwhile, “Ghost in the Graveyard” piles on an impressive (if sometimes distractingly incoherent) number of layers, having the good sense to give a tambourine space enough to be audible here and there to counteract the song’s otherwise weighty waterfalls of noise. “5:15” is noise-rock bliss, simple chord progressions made enormous, and then the album’s catchiest song as the chorus appears under a tremulous amount of reverb. Though the album has roots and referents, and they’re not that deep or traditional, it’s energizing to play six degrees of separation with a new album and end up decades earlier, marveling at the breadth of scope.

It’s the aforementioned “Lists, Plans” that defines the album’s centrifugal excesses. Around it’s core swirls and dips a rollercoaster background melody, petering out, suddenly kicking back in, experiencing a key shift, and finally changing tempos and tones altogether at the sight of signposts either invisible or arbitrary to the listener; it’s an unlikely song to stay stuck in a listener’s head as easily as it does. Sometimes the spinning, off-center quality of the album does get away from the band. “C’mon” is simply too chaotic, one sister’s noisy shrieks weakening the duo’s theretofore uncanny melodic consistency over monstrously loud walls of noise. “Panic Attacks Are What Make Me ‘Me’” can also seem a bit directionless, its sudden stops and starts less an engaging surprise than jarring and giving the song a feeling of being unfinished. Still, these diversions are more than fair price given the results yielded by such experimentation elsewhere on the album. This debut is exciting stuff, with a lot of personality and a deep reservoir of fundamental songwriting talent. It isn’t everyday one hears an album that sounds like just the beginning.