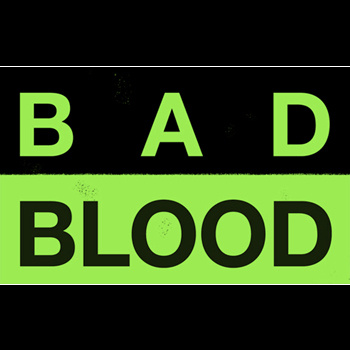 When we last caught up with KC Spidle, perhaps best known as the former drummer for Halifax indie-rockers Dog Day, he was making some curiously intriguing, not-so-feel-good goth folk as Husband & Knife. His pair of releases under the H&K name arrived just as we started hearing about the impending doom of a global recession—one promised to coldly shiv our jobs, do unspeakable things to our homes as we watched, and then pants us as we waited in line for week-old bread. Though written and recorded before schadenfreude fetishists from all over sweatily pumped out theories on just how far up shit creek we’d soon be, Welcome Back to the Nothingness of Your Life (2007) and An End (2008) nevertheless felt like appropriately pitch-black products of the late ’00s. They were difficult, brooding works, made slightly uplifting in their creator’s insistence on cannonballing right into those dire waters—presumably made up of tears, possibly also terror sweat—from which he then splashed at us, taunting us to join him.

What better time for Spidle to return, in a band with a moniker like Bad Vibrations no less, than the apocalyptic headfucks of present: thousands of birds dropping like nightmarish corpse-hail out of the winter sky; millions of fish with their goddamn eyes missing washing ashore, because that’s apparently something that happens now; devastating floods; ominous predictions of a “dark” year—all of it more fodder for new circle worst-case-scenario-ing (Polar shifts? Chemtrails and weather modification? Something something 2012? You guessed it: we’re fucked!). It calls for music much brasher and skullcrushing-ier than Husband & Knife’s barely-there noir folk—and so Bad Vibrations, along with fellow Haligonians Bloodhouse, instead face down overwhelming bleakness with terrific lo-fi grunge punk. Think late ’80s Seattle, sure, but way more Mudhoney than, say, Tad or Melvins; the two bands behind both sides of this split cassette are concerned primarily with crafting strong, if coarsely delivered, hooks than being dauntingly, impenetrably heavy. Though hardly treading on Bleach (1989), Bad Vibrations and Bloodhouse reach back a good twenty years to late ’80s melodic punk rock as it veered off into the early, who-knows-where-this-is-heading period of grunge. Think back, way back—before everyone looked like homeless lumberjacks, before Kurt offed himself, and, if things weren’t bad enough, before Bush’s Sixteen Stone (1994) happened.

So, yeah, aesthetically this is a very different beast than Spidle’s solo records, but it’s still some wickedly dour and catchy stuff. Extremely catchy, even, and in way that Husband & Knife was too down on itself to even attempt; Spidle ups the tempo substantially, breaks out a guitar tone that sounds like every song on Sub Pop 200 (1988) at once, and is joined by a solid rhythm section courtesy of bassist Evan Cardwell and drummer Meg Yoshida. It certainly makes for a more enjoyable experience, as each of their four songs are, well, I wouldn’t say tight, so much; they tend to feel on the verge of coming apart, especially “Face the World” as it wanders off into intro-to-“Sweater Song” territory and then slow dissipates piece-by-piece. But they do sound markedly focused and inspired, the result of a band clearly intent on making the most of their charmingly amateurish traits (Meg picked up drumming specifically for this band, for instance), and discovering in what seems like real-time how to make the most of their modest ambitions—in the process stumbling upon some haunting and truly gripping music.

Bloodhouse’s side is much of the same, really, at least in its bare-bones effectiveness and skillful throw-backs to Superfuzz Bigmuff (1988) and all the c86 dream-pop bands like Vivian Girls are obsessed with. Their half is more samey—all four songs are fairly indistinguishable, especially the first few times through, though it’s a lovely haze—and less entrenched in the grunge sound, but also more assured and viscerally pummeling than their split-mates. The “Endless Vacation” and “Magic Tipi” one-two that opens their half is the most pleasurably jarring four minutes here, relentless with heavily reverbed vocal yelps and deliciously crass, caterwauling guitars. The whirring lo-fi sludge can, at times, filthily pile on extra thick—like with “Name Your Shame”‘s blistering 60 seconds—but it never fully distracts from the great pop punk at the core of their songs, buried just underneath.

Shortly after the release of Husband &’s Knife’s An End, Spidle said in an interview that “what [he’s] always liked about punk is how it embraces the most shocking and negative subjects in such a way that you can celebrate it.” His last project certainly reflected the negative subjects, but it’s with Bad Vibrations that he fully embraces the celebration side of that approach by harnessing punk as more than just a thematic inspiration. “My plan [with Bad Vibrations] was to rock,” he told The Coast last summer. Not a terribly original “plan,” granted, but so far it’s been a great one. I mean, let’s be honest: palatable, grunge-influenced punk that sounds like it was recorded in one take in the drummer’s basement? Done really, really well? The rarest shit. Yet both bands here fucking kill at it, crafting fairly straight-forward and repetitious ROCK (Power chords! Sinister bass lines! Unintelligible lyrics!) into short-lived swarms of distorted four-track bliss. Even better: the entire split is free to download on Bandcamp. Such generosity in trying times.

Best to get on this early though, and not just because, as wavefuls of eyeless fish can’t help but remind us, 2012 looms. Wikipedia woefully informs me that Gavin Rossdale has the reunion itch, just in time to ruin this for us all over again. A new Bush album and extended world tour for 2011? Talk about a real threat of global depression.