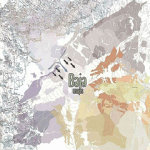 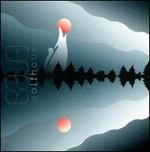 Where’s a deconstructionist to go once what he deconstructs is so thoroughly disassembled? 2007’s Maps/Systemalheur broke its subject material into steady chunks of two. The album itself was a left-brain/right-brain standoff—a struggle between intuition and the contrived that somehow brilliantly managed to expose both catch-alls for the paper tigers they can be and, for all the usefulness of that statement, left Baja’s path scrupulously, if unintentionally, obscured.

Except that the notion of the discographic narrative arc is fast becoming something for Dave Frick to speak about and the rest of us to roll our eyes at. I may as well bedeck myself in a black turtleneck and point at key words on monolithic view screens, but I can’t help it: Baja (German sound prospector Daniel Vujanic) is making music as episodic and disjointed, as appropriate to its time, as anything out there. There are moments during Wolfhour where I feel like this music has been telegraphed back from a post-album future and expressed in an anachronistic vocabulary of plastic discs and track listings.

Like Maps/Systemalheur, much of Wolfhour‘s conscriptions are arbitrary and unnecessary. “Meth Arrow” could be three different songs, could be the first half of “The Veau,” could be switchblade-flipped askew and tossed anywhere without casting glaringly, uselessly about. Vujanic is making music for the Shuffle generation, positing endless subdivisions that thus, beautifully, enable the listener to consider the music in almost anything. If a song isn’t something that comes in delicious four minute packages, pre-wrapped and cauterized, then what is it? One hopes the answer isn’t simply, “a different way to sell music.”

“Meth Arrow” is a dancehall declarative, confident swank and sway opening a playful and unpredictable set. It’s still fractured stuff, halfway through switching to a surprisingly melodic, contrapuntal could-be-bridge of rock iconoclasm, but the underpinning now seems to be of melody, rather than a refutation of melody’s once-tyrannous reign. “The Veau” then tiptoes out onto the cold bathroom tile of electronic pop; it’s kept speculative, periodic, and overly short, perhaps in a bid at non-committal experimentation, but the point is the same: that which attracts us to pop can be mined and spread liberally throughout non-pop. “Go Wolpertinger! Go!” is equally danceable, and “Bous Makel” is gorgeous, clockwork finesse, though each reigns its dynamics and one thinks that Vujanic might consider a crescendo for his next work.

Deconstruction, for all its self-congratulation, often finds itself subsequent to a format that insists we fly CDs from one end of the country to a store shelf on the other, which has led to nice, neat, paradoxical concision. I love me some Books, and Victor Berman is my man, but each has found themselves mumbling an answer to deconstruction’s question, “now what?” What do you do with all those messy parts? Each ape a thesis. In avoiding that end Baja can be an alienating, stubborn listen, but one whose rewards come swinging, unembellished, unstylized and lovely, into view from seemingly nowhere. And in an environment where nearly nothing is suprising anymore, that’s truly a service.