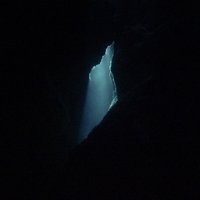 Pennsylvanian Alec Koone, who goes by Balam Acab, a name derived from not-so-Pennsylvanian Mayan deities, has been thrown about between the ranks of trending pseudo-genres by reverent critics for a little while now, at least since the emergence of his great See Birds EP just before this time last year. It’s no surprise then that Wander/Wonder, his first full-length behind the BA moniker, is a really nice little record that will most certainly never be accused of being incoherent or stylistically unrefined. A good friend of mine recommended Wander/Wonder with a tempting correlation that he knew I couldn’t resist, saying it sounded confidently like Clams Casino’s Instrumental Mixtape (2011) collection had contracted a wicked end-of-the-summer cold and had nothing but boatloads of Benadryl to see it through. Thus I looked for the dotted line that might give me the best opportunity to hastily sign my allegiances over with as little resistance and as much of my blood as possible.

What he said makes drowsy sense: Wander/Wonder is great for what I like to call the “marginal hour,” a record that speaks to the state of mind that isn’t completely removed from a transitional haze, the perfect liquid soundtrack for a morning that finds you up earlier than usual or a late evening wherein you’ve stopped bothering to check the clock. It’s adeptly unified to say the least, all darkly bubbling blue cave water and barely-there sensual moans out of some dank, distant chamber, while at the same time melodically dynamic, finding simple 808 rhythms nicely syncopated against a wall of phasing strings and operatic voices that discern cadence in liquid sheets.

But it’s precisely those unpredictably narcoleptic tendencies my friend mentioned in the first place that kind of keep the record from really twanging the heartstrings in a truly haunting fashion. Whereas Clams’ productions are like volatile gases coalescing into a hallucinatory fog, Wander/Wonder is more like a lovely convergence of some shimmering bubbles that never really reach the surface of the reflecting pool, somehow always a little too distant to really leave an indelible mark. This isn’t to say that it’s not extremely enjoyable in the immediate, just that the songs don’t really stick when they aren’t actually happening. A major exception to that (of which there are certainly more than a few) is the winsome and simplistic “Oh, Why,” probably the record’s strongest melody next to marvelous standout “Now Time,” which is itself one of only a few songs that really seem to let its perfect melodies confidently take hold and balance out both the hyperbaric beats and atmospheric gases. Other great moments of tension and resolution emerge from time to time, like when the violin sample breaks in the second half of “Expect,” though it’s admittedly one of only a few real eureka! moments in the first half of the record that succeeds in leaving an impression.

While Wander/Wonder is assured and richly orchestrated for an artist with a long career ahead of him, there is just some aspect of real world struggle with which it fails to engage. The sounds (or: the feel of the sounds) here remind me, among many of the other witch/dub/whatevers Koone has been compared to, of some of Burial’s recent works, particularly “Moth” (with Four Tet; 2009) and this year’s recent Street Halo 12”; both artists’ works possess a decaying life-after-death aura about them, like a cloud surrounding dusty tablecloths being shaken by some invisible hand. The two artists embody a sort of urban/organic dichotomy within their similar space, and while Burial has brought the gutterful of grime necessary to lend terrestrial weight to the dirty angels in his tunes, Koone only touches slightly on the tangible, gooey realities that would make his underwater cave paintings an image of something real, something that I might actually take with me from the site of my dig. If he only continues with what he’s been perfecting with plenty of skill, he’s sure to find the voice he needs to say something really lasting.

Wander/Wonder is a beautiful and accomplished piece of work, but my biggest qualm remains. It sometimes seems as though it would rather sink to the bottom of the black pond it rises from again and again instead of breaking the surface and really taking hold of some of the emotions its lovely imagery inspires, no matter the consequences. Until it does, it runs the continual risk of simply blowing away like a feather in the wind, always content keeping a distance from the listener. Still, it’s such a unique and architecturally striking artifact, I’m more than reasonably compelled to do myself a favor and be sure to keep it close at hand in case it slips my mind again—or in case I need to pull another all-nighter before an Anthropology exam.