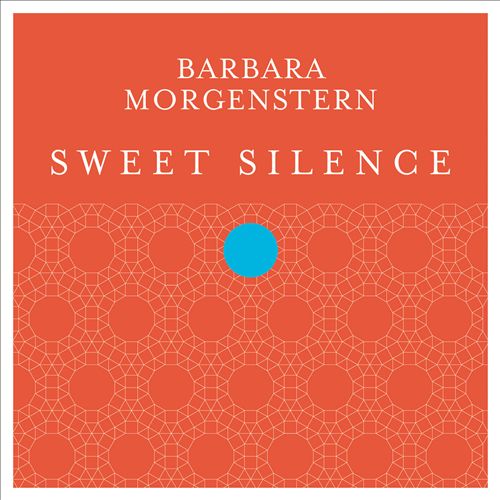 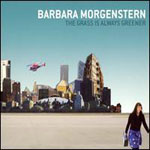 The Grass Is Always Greener

Barbara Morgenstern has been making her particular brand of “elektronische musik” long enough for us to expect she’s due for either a distillation of her four previous Moniker endeavors or something from far left field. No small feat: her music is well known for its economic, tightly layered and succinctly (albeit stereotypically) pop-German character. Distillation risks becoming a ballpark figure of past accomplishments; departure beyond those strict borders places the album outside of an entirely respectable discography. The choice is unenviable: Morgenstern elects for the former, and to predictably mixed results.

Previous collaborations with To Rococo Rot and Thomas Fehlmann tend to paint Morgenstern with an experimentalist brush, but her music, and particularly the predominantly piano-based The Grass Is Always Greener, is electro-pop through and through. Best represented by “The Operator” and “Alles Was Lebt Bewgt Sich,” Morgenstern’s latest is a clean and vibrant interplay of otherwise spare-sounding parts, arranged in the tradition of conventional chord progressions so as to attain maximum effect. (Think of seminal guitar riffs, like The Who’s “Can’t Explain,” instantly recognizable despite that a thousand shitty alt-rock acts haven’t been able to induce the same effects in listeners with the same pattern of chords.) The underlying feel of the record runs in the same, straightforward vein. Partially inspired by the experience of culture shock from her personal travels and what comes with being a traveling musician, The Grass s Always Greener explores with its sonics the more escapist tendencies of pop music - the binary counterbalance of giddy anticipation and melancholy homesickness that comes with taking off and not knowing when you’ll be back. That most of the album is sung in German only heightens the (non-German) listener’s feeling of being along on a trip.

In an interesting turnaround, The Grass Is Always Greener is heavily bottom-loaded, with most of the album’s highlights coming after track seven. Up tempo “Alles Was Lebt Bewgt Sich” revisits and expands upon the immediately likeable first single “The Operator,” and is one of the album’s more obviously appealing songs, but it’s the instrumental, steadily complicating and many-headed “Die Japanische Schranke” that is the album’s true highlight. Without a word of lyrics, its atmosphere crackles with the introduction of a single bass note or complimentary texture; it’s the kind of song that has the fingerprints of an experienced electronic composer all over it. Also patient and meticulously built are the playful “Quality Time” and Four Tet glitch of “Mainland,” both works up-to-par with Morgenstern’s many prior successes. What she’s singing doesn’t need to be comprehensible for these songs to sound effortlessly buoyant and awash in color, despite their seemingly cold, electronic roots.

It’s the album’s more self-consciously palatable first half that’s a hurdle. Other than the aforementioned “The Operator,” much of Side A comes off as soggy, overly-emotional soundtrack kitsch. “Polar” might beat Coldplay at their own game (particularly by actually changing keys at one point), but it’s not a game that allows Morgenstern to play to her strengths, particularly her ability to make traditional pop fare modest as well as momentous. “Das Schone Einheitsbild” is immaculately produced but nonetheless as soullessly slick as a television theme song or Sting single. “Unser Mann Aus Hollywood” presents one of the album’s few intentionally atonal parts, sounding like a quietly-plucked, ill-tuned ukulele, but it doesn’t take long for the album’s now-ubiquitous piano to emerge and accent the song’s main chords, thus steering the song squarely to the middle of the road. “Juist,” meanwhile, simply doesn’t sound like it knows where to go.

I haven’t heard an album with halves this noticeably inconsistent in quality since Ted Leo and the Pharmacists’ Shake the Sheets, but the contrast between Side A and Side B shouldn’t distract from that The Grass Is Always Greener is at least fifty percent outstanding. The album has been called “life-affirming” by at least one critic, but the success of the album is that it’s accessible enough to allow the listener to bring to it their own desire for affirmation. Barbara Morgenstern may not have dropped the career-altering album some have unfairly expected of her, but the enthusiasm of her latest can still be infectious and inspiring.