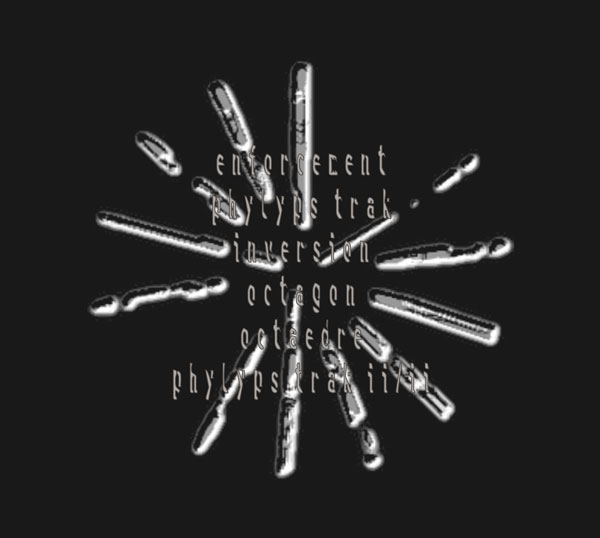 Like most successful dictators, Basic Channel has been established as a monolithic force in its chosen nation—in this case, minimal techno. Crucial as both an act and a label to the genesis of the genre, Moritz von Oswald and Mark Ernestus took hardcore cycles and loop annihilations of second-wave Detroit Techno and applied a deep dub freeze, for a sound that works the background and the foreground to seep into the skull.

Further befitting the originators of any style, Basic Channel productions are far more coldly adherent to the “minimal” aspect than those of its modern descendants. M-nus productions are certainly spacey, but compared to the vinyl side-length repetitions found on BCD-2, Heartthrob is a pop singer. The Basic Channel formula often eschews any kind of melodic goals, leaving harmony outside of the occasional synth stab intersections an incidental element. Rather, Basic Channel adheres to that central tenet of dub: rhythm rules all. BCD (1995), the last compilation of Basic Channel singles, cut down (sometimes drastically) on the lengths of the original vinyl tracks in an effort to sequence a take-home artifact for easy private listening. BCD focused on the more ambient-leaning excursion of Basic Channel, bedding endlessly delayed stabs and smashes with clicks and pops, often leaving a bass drum as the only up-front percussion. BCD-2, then, collects full-length singles—the shortest ten minutes, the longest a mighty 18 —with a bent toward the dance floor. Well, as much toward the dance floor as Basic Channel was ever going to get.

Right off the bat, BCD-2 introduces itself as the louder child with “Enforcement,” an onslaught of synthesizer arpeggios that cut across the listener’s ears. I was going somewhere with that dictator analogy earlier, as there’s something undeniably militaristic about the precision of the selections on this compilation. Perhaps techno, infatuated with shivering technology and stiff beats, can’t help but pummel, but unlike contemporaries such as Underground Resistance Basic Channel doesn’t have any manifestos or public statements to further support this. No, as always with Basic Channel, it is the sound that matters alone.

When productions are so minimal, any upset is a big one, so the clarity and sustenance of the hi-hats on most of BCD-2 is worth noticing. Beats in general take a front seat, moving away from the hushed ambient whizzes of the first compilation. It should be noted that the material on BCD-2 was mostly produced around the same time as what appeared on BCD; why it took 13 years between the two compilations is anyone’s guess. 2008 is an interesting time to hear something that would have been hardcore in 1994. The evolution of gabber and other BPM-pushing genres often makes this kind of old hardcore sound relaxed by comparison, so credit Basic Channel with the talent to compose such timelessly nerve-stirring music that “Phylyps Trak” is still an edge-of-the-seat journey, and the percussion on “Octaedre” is impossible to ignore. This is more of a taut blood rush than anything on BCD. Indeed, BCD-2 is Basic Channel, harder, faster, and stronger—and no better, to be sure, but different. Couple this with the recent remaster of Monolake’s gorgeous debut, Hongkong (1997), and you’ve got an engaging lesson in minimal techno history.