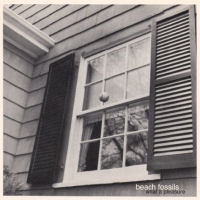 Beach Fossils: What a Pleasure EP 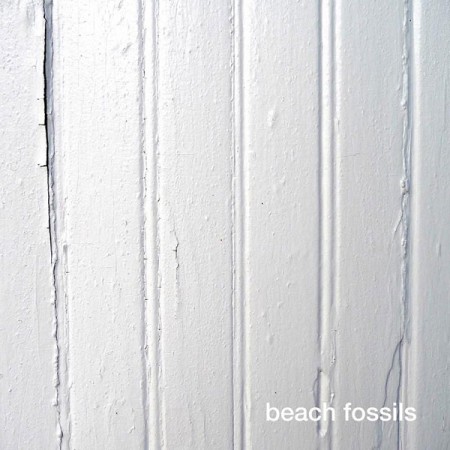 If we can say one sure thing of a record that sequences an instrumental interlude replete with seagull squawks and languid wave crashes second on its track list: Beach Fossils isn’t headed anywhere in any damn hurry. And why should it be? Though the band bears the markings of your average Brooklyn-dwelling C-86 enthusiasts, they’re actually more in the vein of bands like Real Estate and Surfer Blood, part of this emerging sub-crop of indie-pop for which I’ll not embarrass myself by trying to coin an epithet, united by a tendency to not only write songs about the beach but to embody, quite successfully, the setting’s particular and pleasant lethargy.

And while the songs on Beach Fossils have less variation than those on the debuts of the other two aforementioned bands, I can’t find it in me to hold it against them. That’s sort of the way things work at the beach: every other plank of boardwalk offers up the same storefront, bearing the same tie-dyed hermit crabs, the same customizable booty shorts, ad infinitum, and to be bothered too much by any of it would just upset the rhythm of the place.

Beach Fossils’ songs are anchored by the braided riffs of Chris Burke and vocalist Dustin Payseur, which don’t so much duel as reinforce each other, leading their sound on with a languid, looping momentum. Tommy Lucas’s percussion also gives Beach Fossils a gentle buoyancy that sets them apart from bands who use the lo-fi mantle as a wash of blunt, unvarying moodiness. “Sometimes” makes use of one of the record’s dreamiest and most memorable riffs, as Payseur elaborates on the record’s prominent theme: wasting time. It’s a slacker’s pastoral: “The wind was blowing through our hair as we lied down / And we could feel under our backs that the earth was round.” Payseur, muffled, croons about holding hands, reading each other’s minds, and the feeling of interlocking, even ephemerally, with someone else. The titles of these songs wave laconic flags in honor of their own most evident virtues: “Daydream”; “Vacation”; and perhaps most tellingly, “Youth.”

The closest the band gets to an anthem is “Golden Age,” one of the record’s brightest and most upbeat moments. There’s a sort of droll humor in hearing a rally call like “In the golden age we will never die” sung as listlessly as it’s sung here, but this contrast suits Beach Fossils well. I’m not sure where a band like this goes from here; I’m not sure what I’d even want their next record to sound like; I’m not sure what this one will sound like when the heat lets up—but what matters for now is that Beach Fossils have crafted a breezy and charming debut that renders such questions, at least for right now, unimportant.