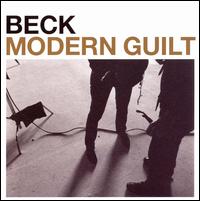 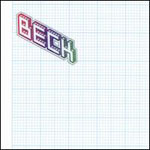 There was a time, not so long ago, when Beck mattered. He was a young, creative singer-songwriter, showing a near-total disregard for genre distinctions and allying himself with some of the best producers available. He pillaged shamelessly from those who came before him and made it sound original and fresh. He made a handful of epochal records, several of them contestable classics of ‘90s alt-rock. But somewhere after the dreadful Sea Change (2002), Beck began gnawing on his own tail. He was no longer looking elsewhere for inspiration, but was increasingly happy rehashing his back catalogue. The result was last year’s atrocious Guero. Coming only 18 months later, The Information is, yeah, marginally better than its predecessor, but still serves as another nail in the artist’s proverbial coffin.

The big differences between this record and last year’s are in terms of production and tone. Guero was a (relatively) “happy” album, all L.A. sunsets, Technicolor, and good relationships. Sure, there were some darker undertones, but nothing close to the gloom on The Information, where Beck finds himself in the midst of a world that doesn’t seem so friendly at all. Much of this is due to Nigel Godrich’s beautifully ornate production. He far outshines the Dust Brothers, and this may even be his best work for Beck, not a claim to be made lightly, considering how good Mutations (1998) is.

What’s most disappointing about the album is that, buried among the fifteen tracks, are a handful of good ideas. The chilled-out funk of “Cellphone’s Dead,” while evocative of Midnite Vultures (1999), manages to distinguish itself in its laid-back cool (largely thanks to the throw-away chorus) and Beck’s goofy flow. Both “Soldier Jane” and “Nausea” let Godrich play along with the background fuzz and make Beck’s straight-forward pop songs sound more interesting than they are. On the other hand, “No Complaints,” one of the better pop tunes Beck has written in a grip, plays it straight, relying on doo-wop backing vocals more than the subtle atmospherics. The album’s best tracks, the child-like “New Round” and “Motorcade,” do their best to mix the two urges, blending electronic and beat-heavy Godrich production under Beck’s casual musings.

The rest of the album doesn’t quite live up to this standard. “Think I’m in Love” is half a song at best; “Strange Apparition” finds Beck doing his best ‘70s-rock impersonation (sort of Elton John meets The Band); “Dark Star” and “We Dance Alone” barely even register. “1000 BPM” is the real low point, with Beck trying to rap over a beat that barely makes sense. Better not to deal with the atrociously indulgent ten minutes that closes this album.

If Beck is planning on continuing this self-congratulatory string of albums, there are a couple of things he really needs to work on. First and foremost, sequencing. The Information is as muddled as records come. I understand that Beck is trying to leave everything up to our whims--if we can design the cover why not just reorder the songs in iTunes. This is a cute idea, but this is intended as an album, and as such it deserves not to have “No Complaints” and “1000 BPM” next to each other. Arguably it just deserves not to have “1000 BPM” at all, and that’s the second matter: the guy, much like his new buddy Devendra, needs an editor. There’s plenty of fat here. Third, no more DVDs and no more home-made videos; it doesn’t work. I’ve rarely wasted an hour in such an annoying and pointless a manner.

I, and anyone else who lived through the '90s, is left hoping that this is just another phase in an ever-evolving career, a growing pain toward another golden stretch. Maybe next week he’ll come to his senses or freak out or get divorced or do something (anything) and break out of this rut. I’m convinced that Beck Hansen has a few more good albums in him. One thing’s for sure, though: The Information isn’t one of them.