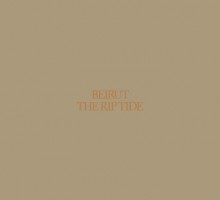 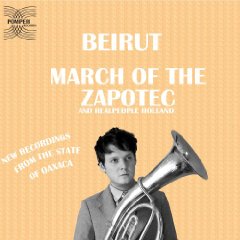 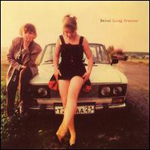 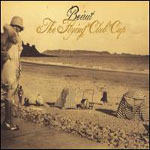 If Gulag Orkestar (2006) demonstrated a world-weariness typified by the recently returned, The Flying Club Cup is a new kind of tired: a Left Bank sensibility of knowingness, fluency, and ex-pat experience. All the more maddening, then, that at twenty-one and just one year after his mercurial debut, Zach Condon releases an album that neither panders nor disappoints. Sure, there's no "Postcards from Italy" here, no equivalent of the college-radio ready single (if one could call an Eastern European-influenced album's first single radio-ready), but there's a newfound swagger, a confidence that enables one to hear unquestioningly the three-second breakout of a glass smashing from a movie clip or train station announcements. This European tour is performed without pointing, self-congratulation, or hubris.

Less like a bedroom experiment, The Flying Club Cup staggers with an array of instrumentation both subtle and complementary and at once, suddenly, bracing. Keyboards are bedded deep in the background, sleepily intoning with percussive emphasis; strings suddenly swell, transforming what was supposed to be Condon's DIY aesthetic into something more polished, something panoramic. On "A Sunday Smile" or "Guyamas Sonora" or "La Banlieue" the picaresque of Beirut is flushed with more color, raised into a more fully realized version of what was alluded to on Gulag Orkestar and cast into stark relief. These are songs with definable, memorable character.

As with his debut, emphasis is pinned to that quavering centrality of a voice rather than lyrics, which are often incomprehensible without a lyrics booklet. However, the duality the voice and trumpet's interplay is replaced with a broader range of traditional instrumentation--mandolins, piano, and a range of horns--which are secondary to a voice that positively drips with overt romanticism. Call-and-response structures or melodic mimicking is developed into a diverse ensemble of collaborations and dynamic arrangements. "It's been a long time since I've seen you smile" is not a lyric that will inspire when pulled off the page, but delivered with this kind of gusto and entering into this kind of songwriting pact it invites narrative supposition. So much so, in fact, that when Owen Pallett (not lacking for a recognizable vocal style himself) arrives for a guest spot on "Cliquot," it's a stopgap in Condon's aesthetic constancy. Condon's voice is tellingly magnified to choir size, in places a cathartic chant not overused but augmenting, like the strategically placed percussive breakdowns lined throughout.

More surprising still is the economy of these songs, even though the scope of "In the Mausoleum" and "Forks and Knives (La Fête)" is far broader than anything from Gulag Orkestar. At less than forty minutes, the initial shock that Condon makes pop music out of these instruments wears off and is replaced with obvious respect for his brevity, a skill onto itself. This album is a concise declaration, and an effective, controlled move beyond previously imposed borders. It's not time for a complete re-envisioning, but to refine and expand. And in that context it's hard to imagine a better follow-up record arriving this year.

Gulag Orkestar invited statements in broad strokes about world music, about youth, and about travel. The Flying Club Cup is of such quality that it casts a harsh scrutiny on these arguments, shattering most of the novelty status previously imposed on Beirut or the suspicion that Condon was a one-off and an inflated head waiting to happen. And the album does it all so convincingly, too, with poise and undeniable skill. This is one of the best albums of the year, from a verifiable talent and one of the scene's most exciting young songwriters. That should be statement enough.