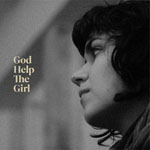 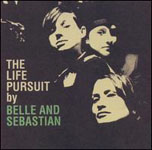 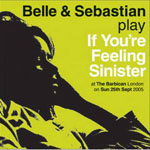 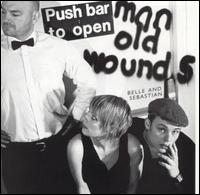 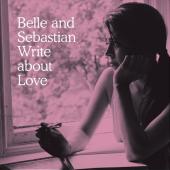 In the early 2000s, Belle & Sebastian were in a rut. Fold Your Hands Child, You Walk Like a Peasant (2000) saw them receive their first bad reviews; their label, Jeepster, ceased releasing new music; and two founding members—cellist/singer/songwriter Isobel Campbell and Stuart David, bassist/singer-songwriter of stellar B-side “Winter Wooskie”—left to pursue solo work. This necessitated reinvention, and the Belle & Sebastian that emerged in the wake of change was an utterly confident pop band as indebted to T. Rex and Thin Lizzy as it was Blueboy and the Smiths. It tore through two records, one very good (2003’s Dear Catastrophe Waitress) and one that’s arguably the band’s career high (2006’s The Life Pursuit). Subsequent touring saw the band conquer venues as large as the Hollywood Bowl, a major reversal for a group that once proposed sending a Japanese cover band in its stead and had an early live performance rejected for broadcast by NPR, who are incidentally streaming Write About Love in anticipation of its release.

Write About Love is another reinvention. The joyousness and giddy highs of The Life Pursuit‘s best moments are gone; there’s no shredding (if the solo on “We Are the Sleepyheads” counts as shredding, which it almost certainly doesn’t), no knockout turns of phrase, no good Stevie Jackson songs, no moments in with Stuart Murdoch makes the word “fuck” sound simultaneously completely gratuitous and utterly essential to communicating an idea. Instead, Write About Love is a record of out-and-out prettiness, one replete with guest vocalists, MIDI strings, and slight songwriting.

This is, of course, not totally dissimilar from God Help the Girl, Stuart Murdoch’s other songwriting project, where he (and most of B&S) gave too many good songs to people who could sing them too well for them to be effective. Write About Love‘s two most jarring moments easily come at the album’s center, where adult contemporary megastar Norah Jones takes a lead on “Little Lou, Ugly Jack, Prophet John” and actress Carey Mulligan sings on “Write About Love,” which sounds like an utterly vapid outtake from God Help the Girl (about which I can remember nothing but “Funny Little Frog” and how its northern soul makeover was pretty good).

It’s clear that Murdoch is tired of writing for his own voice, but it’s also clear that his writing, and his band for that matter, doesn’t complement conventionally good singers. This is most apparent in Write About Love‘s best song, “I Didn’t See It Coming,” on which Sarah Martin delivers the lead perfectly. She, like Isobel Campbell before her, handles melodies with a lightness that complements this kind of understated, piano-driven arrangement wonderfully, and the song’s coda—“Make me dance, I want to surrender”—sells itself. Had Martin taken the leads at the album’s center, as she probably will in live performances, those songs might’ve proved far more listenable.

And the first half of Write About Love is quite listenable—very good, even. “Come On Sister” seems like a companion piece and counterpart to Life Pursuit highlight “Dress Up in You,” as both songs concern characters fascinated with friends (or exes) having become famous, one much slower than its surroundings and the other much faster. “Calculating Bimbo” and “I Want the World to Stop” are both most effective when Murdoch and Martin focus on vocal interplay; Murdoch’s narrator in the latter complains of how he’s followed “from Tinseltown to grey adorable city by the docks,” which seems, based on the company he’s keeping on this record, to be entirely his own fault.

Then come the guest singers. “Little Lou, Ugly Jack, Prophet John” is actually one of the better slow songs that this band has made since it quit writing predominantly slow songs, but Norah Jones’ presence essentially turns it into a Norah Jones track. While this isn’t necessarily a bad thing, I’m fairly certain that it’ll make far more sense on Jones’s forthcoming album of duets than it does as this album’s centerpiece. “Write About Love” sounds like a handful of songs this band has written since its career reinvention, and Carey Mulligan derails it completely with a bad verse culminating in the insufferable “He’s intellectual and he’s hot / But he understands,” which is almost like a parody of what this band does well when it works in this mode (jokes about masturbation, mostly).

The manic and melodically annoying “I’m Not Living in the Real World” is Stevie Jackson’s worst song since Fold Your Hands, which is a shame seeing as how the last decade showed him growing and improving with everything the band released. There’s almost nothing to say about the rest of the final stretch—it’s like a series of bland genre exercises, each of the melodies fleeting. It’s a rough end to an album that isn’t so much bad as it is a disappointment coming on the heels of such a long break. Four years since Life Pursuit and we get forty minutes of music that, in essence, amounts to a lesser version of what they’ve made already. Belle &amp. Sebastian are in transition, as they were in the early 2000s, and I can only hope that we don’t have to wait another four years for the likely superior follow-up.