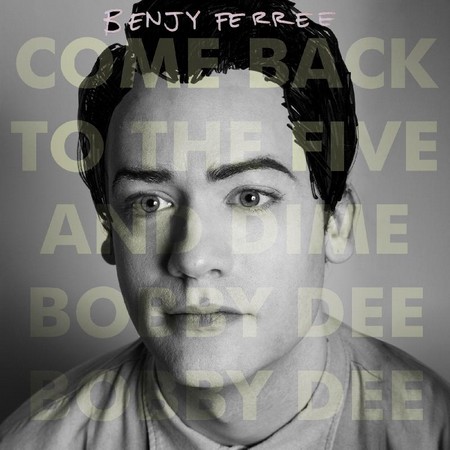 Is it fundamentally evil to make children into media stars? This is a question I can’t help but consider after listening to Benjy Ferree’s Come Back to the Five and Dime, Bobby Dee, Bobby Dee. A concept album, Bobby Dee concerns the life of Bobby Driscoll, a Disney darling in the 1940s and ’50s (you might know him best as the voice of Peter Pan from the cartoon film). As he grew up and out of being cute, Driscoll found himself out of work and favor with Disney, and descended into drug addiction, eventually succumbing to it in 1968, at 31.

By now this kind of extra-tumultuous transition into adulthood is a cliché narrative for a child star, such that I can’t help but wonder if the very concept of child stardom is cruel at its core. Historically, boy soprano singers sometimes became castrati, exchanging their chance at aging naturally (not to mention testicles) for a prolonged child-like voice, and stunted-growth innocence that looks creepy by modern standards. Today, such a procedure is thought of as barbaric, but is it really any better to build up child stars with the knowledge that it’s all downhill once their voices crack and the pimples come?

Benjy Ferree can’t answer any of these questions. But we do get a consistent, theatrical dose of glamorous rockabilly out of Bobby Dee. “Tired of Being Good,” the overture-esque opener, establishes Driscoll’s predicament: “My conscience is a cricket / every time I cuss you know he writes me a ticket,” complains Ferree, before admitting, “I’m tired of being good / you know, I wanna be bad / but I cry when Jiminy won’t call my name.” Driscoll wants to be Peter Pan and never worry about growing up, but he ends up as Pinocchio—longing for the life of a normal boy but instead imprisoned in a wooden body, which makes for a fitting metaphor of the youthful charm that was the key to Driscoll’s career.

Ferree doesn’t shine much of a light on the fun years of Driscoll’s career. Right from the start, we’re introduced to an actor who knows he’s nearing his expiration date. “Fear,” the first single, is an anxiety attack turned into a stage show, Ferree crooning about ticking clocks and death in an ironically upbeat number, while Driscoll’s world closes in around him. “Pisstopher Chrisstopher,” the most engaging song on the album, documents the depressive nadir, Ferree wailing “won’t somebody play the guitar while I cry?!” before launching into an acidic, weepy solo and complaining “this disease here is eating me alive.” The “disease” could be fame or drug addiction, and Ferree implies that both were equally poisonous to Driscoll’s downfall. “When You’re 16” confronts the unnaturally early hard knocks of aging that affect child actors, already sounding woozily drunk and tired of life in mid-adolescence.

It wouldn’t surprise me to learn that there are plans to incorporate Bobby Dee into some sort of musical, or that it was initially written with theater in mind. In a track review of “Fear,” I suggested that the right directorial combination of dark comedy and surrealism could make an uncomfortable masterpiece out of Driscoll’s story, with Ferree’s songs. Having heard the full album, I should revise it to say that Ferree doesn’t always succeed in delivering specifically on his concept—a fair number of tracks are vague enough to fall outside of the narrative, and biographically the track order appears to be out of sequence. Depending on one’s perspective, though, this is beneficial as Ferree has sacrificed conceptual purity for consistency. Still, the bulk of the focus is on Driscoll’s fall out of child stardom; given that his life also involved a prison sentence and time spent as part of Andy Warhol’s Factory, it would have been interesting to see Ferree more fully embrace these bizarre periods.

In the end, Bobby Dee leaves me with questions about the morality of child stardom. A recent piece in New York magazine profiled the three boys playing Billy Elliot in its musical adaptation, labeling them the “Peter Pans of Broadway,” in a piece that disturbingly opens the curtain on kids being brought up to be terrified of the sounds of their natural aging. It’s a familiar but still off-putting story, and perhaps Bobby Dee would be a wise purchase for these kids as they approach the end of their childhood careers. Rocking out is certainly a healthier way of taking out one’s frustrations than heroin.