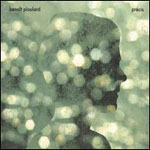 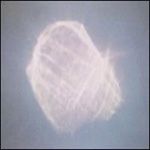 Whatever Benoît Pioulard’s working at, it’s a safe bet he’ll be up front about it. With Temper, his second full-length for Kranky, his process is clear, transparent enough to scream through the album’s title alone when everything else bobs sweetly by. “Hey guys,” he coos and twists his forearms around each other, “I’m going to make a quiet pop folk record based on the acoustic guitar.” Then he whispers sweet nothings into his susurrant found sound, wags his finger, and giggles. It’s a precious darling of a thing.

And indelibly soothing. Like Précis (2006), the tidy, tight Temper rides a familiar floe out to some indeterminate, dark place in the middle of the ocean and then disappears. It’s whispy, definitely, but it’s also a difficult shell to sit on, alienating and—if you’re brave to admit—a bit sickening, watching an ultrasound monitor in a hospital cubicle and noting the small blip of joy, primal recognition of life-building in your heart before dwelling on the slick, gross distance between subject and object.

There’s nothing dull or flat wrong about carrying a healthy gameplan, and Thomas Meluch, the sole proprietor of Benoît Pioulard’s glittering farmscapes, lets his album sit in the bleary nexus where a lot of replayability is based, where it’s hard to discern Temper the object from Temper the intimate. Précis was so geared to reconfigure its disjointed recording whims into big purple medley that, in cauterizing the uneven wound between hodge and podge, it erred on the side of cerebral mindbloat when it obviously had a lot of simple pop sensibility to sort.

Temper, then, tips to the poor man’s green side of the fence, charged to do good by the timider deities of popularized songwriting. From the immediate fingerpicking seriousness of “Ragged Tint,” sighed with bells never lost to the vague voices in Meluch’s typified back-murk, right into “Ahn”’s somber spacing of dirge and romantic dusk, Benoît Pioulard’s tarp of harmonized vocals are slid like a piece of wax between the mess below and prickly melody, bright and stereo, on top. Though “Sweep Generator” or “Ardoise” or “Cycle Disparaissant” stretch the physical layout of the album into gimmick, caulking the more traditional together with ambient fallback, each piece builds in sheltered tiers, mimicking the obvious cuts surrounding them. That’s how Temper can fold in on itself, reflecting its own placating urges with onomatopoeia and bird chirpings in verse and chorus. When “Modèle D’éclat” births from this asexual retrospection, it laughs out loud and its spit stipples its grand ambition and greedy moments into one immense, cathartic boil.

When Meluch can’t seem to release familiar lyrical cadences and preach his five-paragraph essay to anyone else but the choir, Temper settles for mortality and, once again, like its predecessor, exists to soothe and sympathize with the big-headed black holes of the world or the anxious unrestrained of the planet. This is baby-making music for sasquatches; break-up soundtracks for amoebas. It’s a sad, wonderful tone he creates, but one too shy or just too gracious to stand up for itself.