1. Skyscraper Girls
2. This Thing
3. For Spy Turned Musician
4. Thomasina
5. You’ve Got To Want To Be a Star
6. Deep, Desultory Dream
7. Life Rarely Begins With Tungsten Film #1 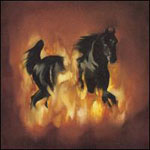 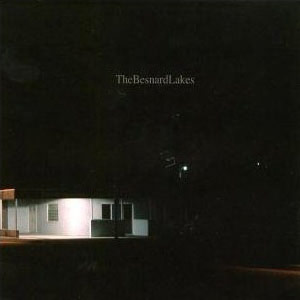 Enveloped in fog and suffused in a sinister, unwelcoming darkness, Volume 1 conjures a kind of futile promise—the tentative hint of a future, shining like trapped light through the fissures of these monolithic, self-devouring songs. What kind of future? The album, cryptic as any you will find, doesn’t give us an answer. It doesn’t give any answers. These songs would be more accurately characterized as questions posed indefinitely—questions that seem impossible to answer and maybe are, so crooked and infinitely recursive is the path they guide us down (or, more accurately, give us a broken lamp and push us blindly in the general direction of) in search of solutions. So, fair warning: if you’re not interested in addressing yourself indefinitely to the structural riddles this record poses, and if you’re not prepared to get lost in the process, then it’s probably okay to skip it.

Then again, you probably already have. Skipped it, I mean. As the Besnard Lakes’ unheralded debut, it was entirely overshadowed by the band’s subsequent full-lengths, The Besnard Lakes are the Dark Horse (2007) and The Besnard Lakes are the Roaring Night (2010), both of which were generally, if not enthusiastically, well-received. Personally, I’m pretty indifferent to those records; I don’t think they’re bad, by any means, and Dark Horse especially has some lovely moments, but mostly what I hear when I listen to those records is lots of falsetto and the kind of overwrought grandeur that so many bands seem to feel the necessity for in the post-Funeral (2004) world. (Mostly just the falsetto, though.) They are, to me, like a more accessible but ultimately less interesting inversion of the sound that is explored on Volume 1. Repetition and the patient construction of immersive sonic atmospheres play pivotal roles in both cases, but where Dark Horse and Roaring Night still adhere to a fairly conventional (if drawn-out) model of melodic and structural development, Volume 1 is all false starts, drawn-out detours, and dead ends.

There are moments of catharsis, still: the conclusion of “For Spy Turned Musician,” when singer Jace Lasek somehow makes the phrase “Forced into position” sound like some kind of triumph of defiance, or the obliquely uplifting (and curiously titled) conclusion, “Life Rarely Begins With Tungsten Film #1.” Because these moments are so rare, they feel hard-earned—the rare answers to Volume 1’s persistent riddles. But they also feel curiously like anomalies in the bleak landscape that constitutes most of this album. And really, there’s no other word for this music: bleak.

Just listen to the first few minutes of opener “Skyscraper Girls,” which at 9:44 is the longest song on an album of long songs. There’s no melody here, no beats, no impresario starting the show—just wind, and static, and a persistent, dissonant industrial hum that is punctuated only by intermittent stabs of the most despondent guitar arpeppio you will ever hear. Lasek does sing a few lines eventually, but you hardly notice it at first, so deep are his vocals buried in the mix and so unobtrusive, so reserved, so hopelessly resigned is his voice.

It’s a pattern followed by the entire rest of the album: Jace and his wife Olga sing to you like you’ve all three been lost in the same cloudy wasteland for days, and have forgotten whether you even want to find each other, or what that would even mean. You can’t understand a word either of them are saying, but that’s okay, because what good are words when you can’t even see the objects to which they are supposed to be attributed? And they play their instruments in concert with the same scenario: the recursive, Slint-like guitar lines that anchor the sprawling “You’ve Got to Want to Be a Star” and “For Spy Turned Musician” seem to be searching for an exit in an endless open plain. They conjure a minimalist nightmare where dread takes the form not of creatures in the night, but of their shadows in the mist. Shadows, suggestions, the mutated remains of empty personae: the core elements of this album.

Which…doesn’t sound like much fun, right? Truth is, I’m glad we don’t give a rating to Old Favorite reviews, because I would have trouble recommending this album with a number the same way I’m comfortable doing with most music I like. This is probably not something you’re going to breeze through on Spotify and instantly fall in love with. It’s probably not going to sound good on your morning commute. It’s a hypnotic, powerful, black hole of a record, but it demands a certain context to be properly appreciated. For me, it was the post-grad school period of my life, a deeply confusing time where words like “indecisive” and “unmotivated” wouldn’t even begin to adequately characterize my perspective on my life. I had no perspective; I was lost. And in Volume 1, I found the perfect soundtrack for that state.

Maybe you’ll appreciate it under different circumstances. Maybe not at all. All I know is that when I felt like the world was fog and the ground beneath me a tentative hypothesis at best, this album gave me some semblance of direction. That there was nothing to be sought in the direction it pointed me just seemed all the more appropriate.