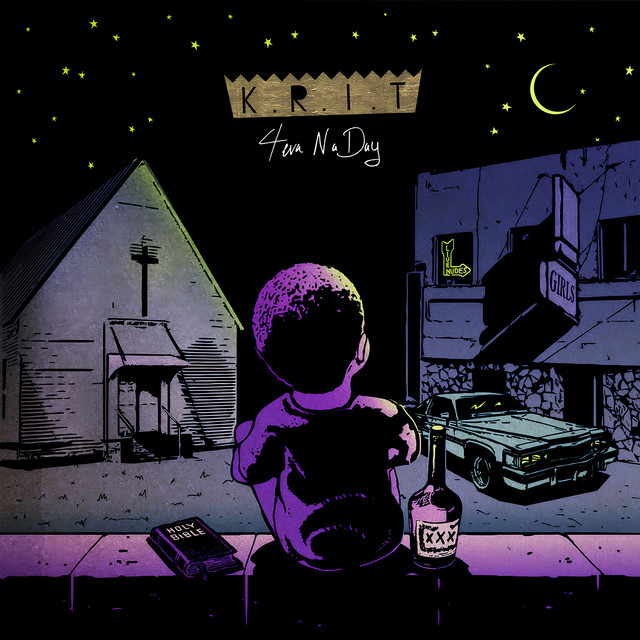 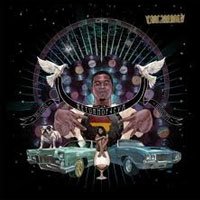 Clay will provide a fuller summary of the Big K.R.I.T. and Freddie Gibbs show that breezed through Chicago last weekend, but allow me to muse on a single aspect of it. Every second song or so, K.R.I.T. would have a little chat with the audience wherein he did not regale us with stories from the road, nor did he crack jokes or tell us to put our hands up. He did once ask if there were any drinkers in the building, but that was the closest he came to typical stage banter—and after that he broke out a bottle of gin from backstage and handed out some Solo cups to the front row.

He instead chose—in his syrupy Mississippi drawl that’s charming as shit in person—to confide in us during the interstitial spaces between tracks. The quiet smile that adorned his face while his music pulsed through the crowd would fade, and he would speak, as if he were sharing with us a secret he had not yet entrusted to anyone, and the moment when he saw us bouncing along in unison to “Sookie Now,” shouting to the stage lyrics we had just learned from an album we had just downloaded last week, convinced him he was amongst friends. He could bare his inner self to us. Late in his set, he laid into another one of these laments: “I’m sorry, I just gotta tell you guys something…” with a sincerity that was nearly comical. Even in the midst of a live show, he had to reflect. He had to acknowledge his humanity and thank us for investing our humanity in him.

K.R.I.T.‘s music resounds so poignantly and commingles with the carefully-assembled gunk of which we are made because it lives to linger in that gunk. Sift through the lyrics here and you will find a host of grand themes—struggle, doubt, regret, loss, and triumph—but K.R.I.T. uses the specificity of the human experience, microscope-like, to probe the complexion of these ideas. On “Vent,” he bitches about the radio before arriving at introspection: “The radio won’t play the shit I used to love / Or maybe I’m just growing up.” “Another N.I.G.G.A” articulates how the hood responds when one of their own attains stardom: “Tap dance if you want him to / Coulda fed the hungry, but he bought them jewels.” “Dreamin’” is outright biographical, rife with little details, like K.R.I.T. scrawling rhymes on his baseball glove as a kid. Return of 4eva reveals its incisiveness in these moments, which are draped in beautifully understated production. K.R.I.T. is willing to strip himself and his environment stark naked in a way few artists do, and he does the same to his beats, building fog-eaten knock out of spare instrumentation and the clatter of a few drums.

Still, one can’t lie on the bedroom carpet and muse forever. Thus: bangers. K.R.I.T. is rightfully praised for the thoughtfulness of his music, but the reason he was snatched up so eagerly by Def Jam last May is his preternatural ability to create sonorous singles. 4eva overflows with them. This would be less impressive if K.R.I.T. followed any discernible template, but each track here begging party rotation is paired with distinct composition. “Sookie Now” is untethered joy; “Rotation” is ethereal riding music; “My Sub” is K.R.I.T.’s take on trap-hop; and “R4 Theme Song” is OutKastian comfort food for the soul.

And let’s talk about this OutKast thing, because Return of 4eva is a purposeful reference. If the first batch of successful post-OutKast Southerners—Jeezy, T.I., et al.—were heavily influenced by the Big Boi and Three Stacks, it wasn’t readily apparent in their music. While it’s hard to fathom that Tip isn’t an ardent fan of OutKast, “What You Know” and “Whatever You Like” don’t sound anything like, say, “Rosa Parks” or “2 Dope Boyz (In a Cadillac).” The last few years have birthed a generation of southern rappers who emblazon the traits of their heroes onto their music. G-Side radiates warm positivity; Pill observes the trap in vivid detail; K.R.I.T. feels like an admirer grown contemporary. I mean, “Lions and Lambs” just sounds like it belongs on ATLiens (1996). Chet has said that 4eva is perhaps a more balanced version of Big Boi’s opus from last year sans Left Foot‘s cloud-kissing pinnacles (I assume he’s talking about “Shine Blockas”). And there are no accusations of biting in this comparison. 4eva is an homage helmed by an artist who has a strong sense of self; he’s just taking time to tip his hat to his spiritual antecedents along the way.

Rarely does vision become realized as panoramically as this. “This” being an internet mixtape that plays like an album, the internet mixtape as potential made tangible, its structure adorned with all the byzantine detail outlined in the blueprint. Fittingly, a remix of “Country Shit”—one of the standout tracks on K.R.I.T.’s last terrific release—unfurls its liquid Godzilla tail and Ludacris drops his obligatory Best Guest Verse of the Year before 4eva recedes into silence. It’s the victorious burst of pyrotechnics after the suite of somber numbers that compose the album’s delicate dénouement. And it feels correct because a triumph so immense should conclude, logically, with a grin wider and more resplendent than any Chevy’s grill.