Other Records by Black Eyes 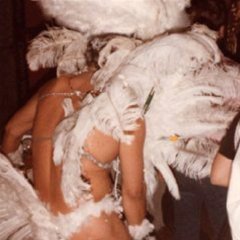 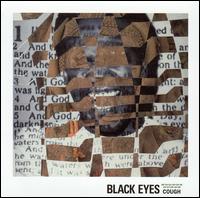 Punk rock should be driven by emotion. There’s little argument about this—whether it be fear, resentment, anger, or just pure channeled destructiveness I expect my punk rock to be brought on by more than crass consumerism and to represent something more than musicianship for the sake of itself. Whether it be the greats of the genre, the foreign imitators (who so often get the point more clearly than the domestic inheritors of the music), or the new-school boys we expect a riot. No one understands this better than Ian MacKaye and Dischord Records, and to my mind no one upstart band on the Dischord roster did righteous anger better than the Black Eyes.

That last sentence is telling in two aspects. First, the use of the past tense in reviewing a thoroughly modern release. Black Eyes have broken up since recording this album earlier this year, perhaps delaying the evolution of drum-punk for decades. The two-drummers, two-bass, two-singers, one-guitar approach (they mix that around frequently) has the drive of one giant rhythm section, and the introduction of saxophone is one of the major leaps that sets Cough apart from its self-titled predecessor. Second, the Black Eyes are nothing if not righteous in their anger. Biblical quotes abound in the album, and just as Black Eyes pulled from black poetry and aimed it’s fury at social injustices, Cough renounces conformist culture, American foreign policy, gun violence, and warns of the coming apocalypse.

The lyrical content gives the songs an edge, but the fine-tuned musicianship of the members makes this album absolutely cruel (and I do mean that as the highest of compliments). The band clearly knows the line between abrasive noise and fucked-up beauty and they make toying with that distinction an important part of their sound. I almost hesitate to call this drum-punk because it seems that jazz-punk may be an even more appropriate unnecessary non-genre classification. On tracks like the superb opener “Cough, Cough” and the spastic “Scrapes and Scratches” the band shows both a grasp of free jazz as well as a perfectly-tuned unity. Heavy grooves float in from random noise and then turn on a dime when needed.

When combined, the crushing lyrics and cutthroat compositions create an absolutely vicious sound. The two lead singers yelp and howl with all their lungs but it’s still that killer drum section that propels the music. The sax lines do help add a new element, and the band manages to avoid sounding like just another Q and not U, !!!, or Liars and move further away from the Fugazi sound that so clearly influenced their last album.

“Eternal Life” helps open up the record after the instrumental “Cough, Cough.” Lead singer Hugh begins the song bellowing verses from the Gospel of Matthew over random noise from the band, and as he reaches about half-way through the huge drum line emerges and as he screams out “we are the SUN” the band kicks it all in and the tracks just moves into attack mode. The interplay with the other singer, the screechy Daniel (all bend members are listed only by first name), is typical of most of the rest of the album, and never becomes overly grating. “False Positive,” a diatribe against uniformity and passivity, rips through its biblical passages and references to the DC nightlife, before reaching the great faded, overdubbed finale of “You know we have the handle/ And you know they have the blade/ So boys and girls/ It’s time to decide decide decide.”

“Drums” stands out as quite possibly the finest song on the album. Compared with the rest of the material the sound is more standard, opening with a reverbed drum and bass combo and soulful, slow sax. Hugh sets the tone with opening lines of “fire on the sea and in the tides/fire on every hill and every mountain side” but before allowing the song to slide into a Fugazi-esque slow, quiet rage he screams out “I know the sound and smell of/gunshots” and lets Daniel scream through some of the album’s best lines. “Scrapes and Scratches” works mostly as an opportunity for the band to show their chops, as they bring the track from Daniel’s high-pitched wails to a terrific fusion second half.

The sexual frustration and dirty secrets of “Fathers and Daughters” plays well with the dual drum line and whistles. “Holy of Holies,” draws liberally from the Song of Songs (even including a Yiddish portion) and serves as another excellent use of the dual-vocalist approach, having the band play around the declarations of each of the singers and gives the impression of either a conversation or at least parallel monologues. Daniel’s bizarre fable, the moral of which still escapes me, serves as the basis for “Commencement.”

Black Eyes set their sights on foreign policy for the biting “Another Country.” Both Hugh and Daniel scream over an extremely tight bass groove and the closing yelps of the song stick in the ear as the album transitions to the final track, “A Meditation.” The song rivals anything else on the album in terms of complexity, and the three-minute instrumental build-up to the paranoid lyrics is a great way to finish the album. The use of canine howls trumps, say, the Beta Band’s “Out-Side,” but I still wonder if modern rock is ready for the use of dog noises.

So this is it. The Black Eyes have made their second and final album, and it could well qualify as one of the best albums of 2004 (and certainly of this summer). They have found the sound of the naked child running through Sunday school (pausing to renounce the priest for his homophobia) and have committed it to record with an intensity that mirrors their conviction. This is punk rock, done properly, done with a sense of adventure and creativity, and done with no expectation of much recognition (they aren’t touring for the album at all). One more DC band bites the dust while showing more potential than any band rightfully deserves.