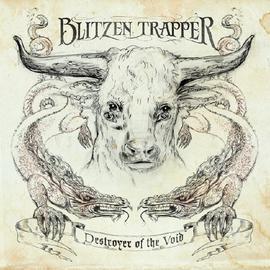 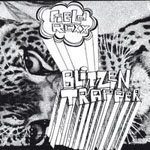 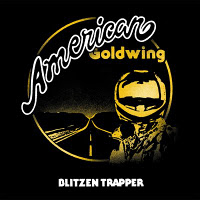 Blitzen Trapper is an American band. Chances are, they will soon be coming to your town; if you’re lucky, they might even help you party down. Or at least that’s the impression I got when I saw these guys live last year. All unkempt beards and unwashed hair, well-worn drums and tattered Strats, they seemed to epitomize a certain species of American rock band that we usually associate with the ’70s and songs with truncated verbs in the title: “Ramblin’ Man,” for example, or “Ridin’ the Storm Out.” If, as a youngster, you were as tragically inundated with classic rock as I was, you know the type of band I’m talking about: they live “on the road,” and write songs on the road about living on the road, and occasionally stop off at a studio somewhere on the side of the road in order to record music that gives them an excuse to hit the road for another year or two.

When I saw them, I still had enough love for Blitzen Trapper that I was reluctant to lump them in with the unenviable company of R.E.O Speedwagon. No band, I told myself, that could release an album as eclectic and gleefully inventive as Wild Mountain Nation (2007) should so quickly be reduced to a classic rock caricature, even if their work was starting to sound more and more like those ’70s touchstones with each release. But having spent some time with American Goldwing, the band’s sixth album, I am saddened to report that there is no longer anything substantial separating this band from their better-known forebears. Assuming that the “classic” in classic rock is descriptive rather than honorific, American Goldwing is a classic rock album through and through. I mean, it’s named after a fucking motorcycle.

Now, there is nothing intrinsically wrong with the subspecies of classic rock this album knowingly pays homage to. Nor am I dismissing American Goldwing solely on the basis of its influences. What makes American Goldwing so disappointing and, frankly, dull is that Blitzen Trapper seems entirely unconcerned with sounding either fresh or interesting. What they have put together here is a set of very familiar-sounding songs that, in frontman Eric Earley’s own words, attempt to “make you want to shotgun a beer in the shower while listening to the Stones or Joe Walsh.” Which, for me, just raises the astoundingly obvious question: if that’s what a listener wanted to hear, why wouldn’t they just put on the Stones or Joe Walsh? I’ve never had a great deal of respect for cover bands, but at least they have no illusions about what they’re offering; an album that contains a set of original songs whose intended purpose is to remind the listener of other, better-known artists just seems to have no reason to exist.

Taking the album on its own terms, the best that can be said is that the band accomplishes their task very effectively. These guys have their three-part guitar harmonies down pat, and they throw in all the right instruments for the period they’re drawing upon: lots of slide guitar, a touch of harmonica here and there, the odd major-key piano riff. Eric Earley can’t do Bob Seger, but he pulls off a pretty convincing Glenn Frey. His songwriting, which has rightly been the focus of the band’s last few albums, could have been this record’s saving grace, but instead he mostly seems content with references to “travelin’ the world,” “drinkin’ too much,” and, of course, hittin’ that road.

Knowingly or not, Earley veers dangerously close to plagiarism on several songs: when he sings, “You can’t hide your cryin’ eyes from me / Can’t you see?” on “Your Crying Eyes,” can anyone not be reminded of the Eagles’ “Lyin’ Eyes”? Even when he is bold enough to use one of his own metaphors, you usually wish he hadn’t: “‘Cause I’m an astronaut on the shores of this grand illusion / And I’m fallin’ down at the sound of this beating heart,” goes the chorus of “Astronaut,” and you seriously question whether Earley even intended for these lines to have meaning, as opposed to just being an amalgamation of well-worn lyrical tropes. And you wonder whether the real problem here isn’t that Blitzen Trapper have chosen to foreground others’ ideas in place of their own, but rather that they simply have no ideas of their own left to offer. If that’s the case, no great loss. There are always bars out there looking for decent cover bands.