Other Records by The Blow 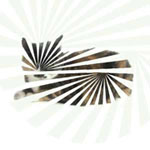 I revisited The Blow's Poor Aim this week, and I couldn't get drunk enough. There is a song on it called "The Sky Opened Wide like the Tide" that takes place in Olympia, when the rain has finally stopped and kids are out. The singer walks up Fourth Avenue looking for her friends, though it's pretty clear early on she may not exactly have good conversation in mind. She walks into a bar and sees plenty of people, hair, girls, beer, and good times -- but, as she explains, "there was no one who I wanted..." (there's a pause, she needs to correct herself) "...no one who I wanted to be there." So she's off, rattling off known hipster hangouts on the street over a beat that can only be described as Game Boy House. Sure enough, she's looking for someone specifically. Or, maybe she isn't; the lyric seems to lose focus halfway through. She wants to take someone on a boat to feel their breath, but then she tells us she really wants to know where all the people are and where they go, and one can't help but feel she means it in a more profound way than killing her Friday night. Or, maybe she doesn't, and the profundity is right there: access into a club everyone else seems to know about. Anyone worth fucking, at least.

When I listened to this song this week, it occurred to me that maybe she's drunk as she walks up and down Fourth Ave. I think Jona Bechtolt's beat convinced me -- homemade and kind of chintzy but tense and swirling, too, a simple and childlike game of play that suddenly becomes overwhelming -- more so than Khaela Maricich's increasing lyrical frustration. That's when I reached for the first of seven or eight gin and Sprites, because, dude: been there. Not just in the metaphorical sense I'm sure we've all been -- feeling lonely on a beautiful night in a great, youthful city looking for friends, not so secretly ones of the beneficial variety -- but I lived on that very same street in Olympia for a year. And I can't even count how often I've had that same mental conversation (though I'm not sure I ever went looking for people at Ralph's supermarket). I was feeling nostalgic, and I had to get there.

I don't mind telling you all of this, since I think it's in keeping with Maricich's philosophy if not aesthetic approach in the Blow. I don't mean to say that she comes off as a lonely, lost, searching soul (since that's hardly the case) as much as I mean that the biggest influence on her work, more than sex and relationships, is fun. And fun comes from surprising places: my revelry with Poor Aim was definitely an attempt to escape the frankly crummy present, which is always a bad idea made worse because I was alone. But it wound up being the best night I've had in a while. And that's what I hear on her last two records with Bechtolt: frustration that becomes fun, or fun in the face of frustration, or making fun things out of things that aren't fun like gender politics and sobbing in the deli aisle. Or maybe it's about none of these things at all, but it's fun to listen to and, really, what more can you ask for out of pop music? Especially when it's made as inexpensively as it is here and on last year's staggering Paper Television. It's made on laptops and toys, but it's a boogie down production -- fun from the unfun, or maybe just releasing the inherent playfulness already in them.

Paper Television is essential. Unfortunately, though, Poor Aim now feels like a dry run for that album. To be sure, there's still a lot of territory open on the EP -- the remixes accompanying the reissue maps out much of it. The original "Hey Boy" has a bevy of reverb on drums and a lilting melody, recalling Lee Perry's productions as the Upsetter. DJ Alan Fontane's six minute remix takes that idea and runs with it, sounding not a little like Run D.M.C.'s "Sucka MCs" in the process. The remix of "The Love that I Crave" improves on the original, making it the six minute neo-disco jam with great see-saw analog bass line it always wanted to be. Otherwise, it's clear to see what makes Paper Television such a great record, more than its politics and its aesthetic triumph: great hooks, the kind absent from this record. Of course, that was sort of the idea: it's a concept record about failure, "songs about failed love and, conversely, love songs that fell short," according to the 2004 one sheet. The obvious parallel to that is that songs that fall short aren't great to listen to, which breaks the fundamental pop rule they adhered to so gloriously on Paper Television.

One song, however, scales the heights of the later LP: "'Come on Petunia'" (the quotes are in the title) cribs the Police's "Every Little Thing She Does is Magic" while a drum set lumbers awake into a long lyric about a neighborhood boy king who can't subjugate the girls of his dreams. This reminds me of everything I like about the Blow: the way it takes from pop culture and teases it, plays with it until it becomes something smaller, something fun (check the title of Paper Television) in its private world. And it's ultimately that fun that comes through on Poor Aim, in spite of its flaws. It is still the sound of play, of a world opening up, of children testing the limits of their toys, discovering what they could do with it.