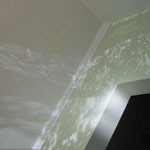 Hammer of the Gods

For all the guff CMG gets for our updating practices (here’s an update: we’re a fucking zine) and total lack of timeliness (see above), here, at last, is a valid reward for your patience, assuming all that wrought verbosity was not. This Bottomless Pit record, which was released by the reconstituted members of Silkworm in 2007 but languished in various dusty promo piles for months, is at last getting the review it deserves. Here is a record that has through sheer musical strength risen in esteem from likeably slight to persevering to outright resplendent, a thunderous piece of musicianship that fuck-yeahs with all the awesome scope of its title like the Constantines never happened.

File under: rock and roll. Or alternative, or something, but wholly sans quotation marks or coy reference point or hip one or hyphenation. The production is crisp and raw, the vocals unaffected and lyrics unadorned and the instrumentation clear: drums, bass line, guitar lines, no trick up its sleeve aside from (of course) its absolute lack thereof. Here are eight strong songs that start with riffs, move into choruses, contain hooks and bridges and usually guitar solos. There are also melodies. What the fuck, right?

Call me cynical; I am. There is nothing new under the sun and Scarlett Johansson has proven it! It is, perhaps, this cynicism that has taken seven months for the ardency of Hammer of the Gods‘ seriousness to thaw. In mood, the record is austere and grand, like the desert, and in sound it is austere and grand, like The Argument (2001). In fact, if the disc said “Fugazi” on the side you would already own it on mp4 and triple-acetate black-hole-black vinyl and argue literately about whether or not it or At Mount Zoomer was the greatest record of all time. Seriously: which one has a bad song? The correct answer is neither. “Greenery” may not be perfect, but “Dead Man’s Blues” might be, all prickly guitars and limber, bruised chorus. “Human Out of Me” is better still, a svelte ballad in the midst of all this bombast that softly turns into something just as big as the music surrounding it, only sublimely so.

Really, (really,) this is the type of mountainously consistent work we pine for. From “The Cardinal Movements” a standard is set, its oblong vocals and salient guitar work drawn from Joy Division but rearranged toward a sound closer to, like, Pearl Jam. U2. I dunno, big rock and roll; those cultural touchstones that many our age slept through in favor of the Spin Doctors, all hibernating until OK Computer would force us to start listening to good music that wasn’t Weezer (or Weezer [1994]). If my affection toward this record took awhile to take root it’s because it calls on a set of emotions rarely associated with music anymore, emotions that’ve always felt antiquated and maybe should feel antiquated in the Lil Wayne megaverse. Bands like Boris and Animal Collective are no longer challenging us, really; they are the pinkish fluxing fabric of our time. In this glib cartoonish wasteland Hammer of the Gods stands like a sturdy house of brick and wood, and it has good water and good conversation and zero dicking around. Among so many clowns this can be a necessary thing.