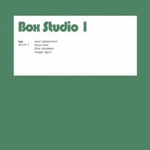 Another year, another group of jazz all-stars get together by some Norwegian fjord to purge their collective demons with some really cool equipment. If and when the rest of the world starts to catch up with what’s going on over there, these relatively spontaneous collaborations (in this case recorded entirely in two days with no overdubs) will start to bleed into each other, but as it stands this blandly-titled release (I mean I’m all for anonymity, but at least “Supersilent” sounds cool) carries more than enough inspired moments.

Considering the players involved that outcome isn’t exactly surprising: Raoul Björkenheim (Scorch Trio) and Ståle Storløkken (Supersilent, Humcrush) both carry their own distinctive styles, the former hammering the guitar like Derek Bailey with a wah pedal (and occasionally playing the viola da gamba) and the latter handling the bone-chilling atmospherics on synthesizer. Joining them are Trevor Dunn on bass and Morgan Ågren on drums, whose fusion rhythms carry the momentum of most of these tracks and make Studio 1 rarely short on energy.

17-minute opener “Untitled 9” starts out with the guitar and synths coloring the rhythm section, itself front and center in the mix. Even when the guitar squalls become more distinctive they remain so atonal that the whole thing is essentially an experiment in mood and texture; this is confirmed when, at the 6-minute mark, the band descends into almost complete silence, Björkenheim trading his scratchy guitar for scratchy viola, the music gradually building back up to a thundering crescendo.

So yeah, it manages to be interesting throughout—which is more than most bands can do for that amount of time—but there’s something a little bombastic about it. Not in an apocalyptic post-rock kind of way, but in a Mahavishnu Orchestra/‘70s prog kind of way, where the combination of aggression and complexity in instrumentation becomes somewhat suffocating.

The rest of the album fares better for the most part, the shorter tracks resembling material on Live-Evil (1971)—you know, the songs that weren’t actually recorded live—with the band managing to fit an astonishing number of ideas into 3 or 4 minutes. “Untitled 11” is almost acid jazz; it flirts with deep bass hums and tinkling bells while the drums play taut start-stop rhythms that refuse to settle into a single groove. “Untitled 7” alternates between Storløkken’s ping-pong solos which completely obliterate tempo and Björkenheim’s equally erratic finger-tapping, the drums somehow managing to make a coherent narrative out of these improvisations.

Unlike the first track, which seems like it’s based more on a predictable narrative arc, these tracks sound like they’re based around a few loose musical ideas that still allow for an infinite amount of improvisation and serendipity. Even when the band returns to the grim theatrics on the plodding death-march of “Untitled 12” they sound more like they’re playing together, with fuzzed-out bass serving as a ragged core that seems to suck the rest of the instruments into it like a black hole. This is visceral, uncompromising music, and even if it doesn’t always coalesce, Studio 1 is, at the very least, a fruitful meeting of brilliant minds.