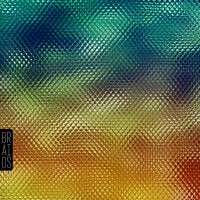 Allow Braids to attempt the seemingly impossible: allow them with Native Speaker to engage with you directly, to communicate an idea to you which is both coherent and meaningful, to get right up and whisper in your ear—in short, allow Braids to speak. For this they ask only that you disregard the machinations of the hype machine, the particulars of their press release, the persistent din of blog buzz, the white noise of context and all that’s tweeted with it. Native Speaker pierces all this; it cuts straight through because it only has business with one person and that person is you—you who may be thinking of downloading this album and listening to it once while doing the dishes before moving onto that Cut Copy leak or something, except that you’re wrong because Native Speaker pierces that cycle too, dishes and all. It transcends everything; it doesn’t matter what you’re doing or where you are because to listen to Native Speaker is to inhabit it, to live in the space it creates for you.

And there’s so much space. These songs are great expanses, sprawling and glorious. They envelop you. If you have things to do I’m afraid you simply will not do them, because after precisely one minute and 42 seconds you will hear Raphaelle Standell-Preston ask, “Have you fucked / All the stray kids yet?”, and then it will be too late: you will concede that this is the greatest recorded iteration of the word “fucked” ever, you will recognize that Standell-Preston’s voice has an almost divine command over you, and you will accept that for the next 41 minutes you will do nothing but listen. By the time the words “We are all just sleeping around” come soaring in, at 2:32, you’re practically quivering. Yes: it’s that good.

This shouldn’t come as a complete surprise. We knew Standell-Preston had an otherwordly voice—she demonstrated just how devastatingly it could be wielded across our 10th favorite album of 2010, her side project Blue Hawaii’s Blooming Summer—but what we didn’t anticipate was that with richer, more full-bodied instrumentation and production to back it up, her voice could take us that much further. If Blooming Summer was home video, handmade, and writ first-person, Native Speaker is the widescreen, Technicolor sequel. Rather than the slender, shimmering synth-pop of “Dream Electrixra” or “Blue Gowns,” Braids trade in a kind of spacious, sweeping post-rock. This music is resolutely gorgeous, to be sure, but it is necessarily subordinated to Standell-Preston’s voice, and as such it is strictly functional: it’s always there to establish spaces for her voice to fill. It does a fine job, and its particulars are often things of beauty in their own right: the underwater thump coursing through “Lammicken,” for example, sounds terrific, but when Standell-Preston’s completely disarming wails kick in at the three-minute mark it’s hard to concentrate on anything but. Her voice clearly is the star of the show.

What a stellar voice, though. It’s more than enough to carry this and ten more records. When she sings with restraint, as on the jubilant but somewhat slight “Same Mum,” she sounds better than most, and if Native Speaker operated at this level in its entirety it would be a very good record just the same. But when she really lays into a song or even just a line, as on “Lemonade” and “Plath Heart,” the results are unprecedentedly powerful. And the slow-burning “Glass Deers,” in particular, reveals the range of her talents: Standell-Preston spends the first half of the song dabbling in soft-spoken wordplay before launching into something far more substantial, seemingly out of nowhere but wonderfully just the same, at the four-minute mark. Best of all is the album’s title track: for eight and a half minutes Stenhell-Preston strains each line like she’s squeezing the life out of the words, her voice displaying a matchless gravity. This all builds to a climax that is almost indescribably gorgeous, with Standell-Preston singing of “Having you inside me” and of “Having you rest beside me,” declaring, in such a heartbreakingly beautiful sentiment, that “You are my native speaker.” But then, devastatingly, she adds, in a final sigh, “It’s fine, it’s fine.” This song tears you away from reality; it is unignorable. There is absolutely no bullshit, no white noise whatsoever, that can block this song out. Here Braids pierce everything and speak straight to you. Again, yes, it’s that good.

This is Native Speaker‘s improbable accomplishment: it will wrench your attention away from all else, commanding your concentration, demanding deep listening. And given how we are inundated at all times with great new music, more than enough even in the first three weeks of January to last us through to the end of the year, then is a certain degree of attention-wrenching not all the more appealing?