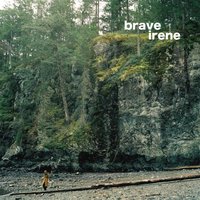 “If you don’t speak then you never will be heard / If you don’t say it, it won’t be remembered,” sings Rose Melberg on “Hit the Grass Running,” a track off the debut EP from her latest band, Brave Irene. It could pose as a statement of purpose from the prolific, golden-voiced singer: over a two-decade span that’s seen her fronting half a dozen bands, Melberg’s made a career of voicing her most intimate feelings about friendship, sadness, and love. It’s been almost twenty years since the Melberg-fronted Tiger Trap released their self-titled crash-pop masterpiece, a record that would hardly sound out of place in today’s C86-on-its-sleeve indie pop landscape. Regardless of the tempo or the other people she played with, a Rose Melberg-fronted project has always promised a certain wistful outlook, a focus on life’s most fragile emotions, and, above all things, a love of infectious pop melody.

Perhaps the reason Melberg’s music feels so genuine and sincere is that she’s almost always recorded with her close friends. The understated, confessional tone of the Softies was, in some ways, a testament to Melberg and bandmate Jen Sbragia’s personal bond. And even if their songs weren’t necessarily about each other (Melberg’s guarded about revealing too much about the meaning behind her lyrics), they articulated certain feelings about friendship that aren’t usually the topic of pop songs. Let’s face it: pop music generally privileges sexualized (specifically, heterosexualized) love over all else, and truly great songs about friendship as a form of love are few and far between. Melberg, on the other hand, has written some of her best songs about the unsung emotions of friendship. For example, Softies classic “I Love You More” is a plaintive address to a friend: “There’s no competing with him / I can’t keep you warm like that / I can’t love you the way he does / I can only love you more.”

Brave Irene doesn’t overtly tread this thematic terrain. Instead, the EP is a kind of document of friendship and its restorative powers in the wake of recurring romantic troubles. Unlike her previous release, 2006’s Cast Away the Clouds (which, with its pristine piano balladry and frail acoustics, felt like a tribute to her late friend Elliott Smith), Brave Irene is one of Melberg’s most upbeat offerings. Brave Irene is also perhaps the most populous band that Melberg’s ever fronted, a quintet of female friends from the Vancouver area, driven most notably by the sound of two (count ‘em: two) keyboardists, Caitlin Gilroy and Jessica Wilkin. The result is a soulful, swirling brand of organ-driven indie pop amounting to something like Velocity Girl on a fast-moving carousel.

In each of the EP’s eight songs, youthful thrust is undercut by lyrics focusing on the travails of adult relationships gone sour. “This kind of love / It’s no fun / How could you be so cruel to me?”, Melberg asks on opener “No Fun,” but the tuneful melody and Laura Hatfield’s propulsive drumming keep the track from wallowing. “River to the Sea” bounces like a kid on a trampoline, but lyrically it’s far from cheerful (“Maybe you’re the stronger of us two / I break under your weight”). The track’s opening line (“I prefer the river to the sea / I’d rather come to you than let you come to me”) sets the tone for an EP barreling forth, gaining momentum—but its movement is that kind of steadfast, chin-up rhythm your feet settle into on a sunny-day, demon-escaping stroll. Brave Irene is music for walking off whatever’s on your mind.

Brave Irene also marks Melberg’s return to on-again/off-again home Slumberland Records for the first time since its recent renaissance. The label’s roster now boasts two generations of indie pop luminaries, balancing out exciting releases from bands like Pains of Being Pure at Heart and Weekend with the most recent projects from elder statesmen like ex-June Brides singer Phil Wilson and the Amelia Fletcher-fronted Tender Trap (whose 2010 Slumberland release Dansette Dansette remains woefully underrated). Brave Irene isn’t the highlight of Melberg’s discography, but it’s another noteworthy entry in a career so consistent that it nearly belies highlights anyway. “My good ideas are all I’ve got,” Melberg sings on “Good Ideas”; it’s hard to imagine that she’ll ever run out of them.