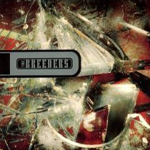 Fuck “Cannonball.” Ok, actually no, don’t. But, there are times when I wish it didn’t exist. It’s a fantastic pop song with an infectious bass line and idiotically simple guitar line; both so obvious that it’s a surprise no one wrote it before. It’s the benchmark that the Breeders have been expected to meet and the gaps between albums don’t help to satiate people’s hunger for a follow-up. And that’s the problem. The anticipation surrounding Title TK in 2002 was close to feverish but aside from the throwaway chug of “Hummer” there was nothing for those fans to grab on to. It was clear that Kim Deal had moved on from “Cannonball” and as a result fans moved on from the Breeders. It was a shame because over time Title TK‘s mesmerizing thrum and bruised tenderness got me hooked.

So even though it opens with the deceptive psychedelic rush of reverb and thundering drums of “Overglazed” it might disappoint you to know that Mountain Battles is a lot like Title TK; it’s a mostly subdued affair, narcoleptic stoner rock that features the Deal sisters’ characteristic spluttering dynamics and verve. Many fans will find comfort in the familiar aural tics such as the paddy cake sass of “Bang On” or the charming enthusiasm-over-ability guitar solo on the varispeeded pop-punk of “It’s The Love.” But on Mountain Battles these tics, which might once have seemed like diversions to pad out weaker songs (e.g. the speak-sing verses of “Hag” or the vinegar and ice-cream harmonies of “Lime House”), show the subversiveness of Kim Deal’s songwriting. You only have to listen to the chilling death rattle and microtonal close harmonies of “Istanbul” or the vocal on “German Studies”—which finds Kim and Kelley interjecting into each other’s lines with tongue-twisting deftness—to show her sense of adventure.

Kim Deal’s voice and intonation are still as dumbfounding as ever. Capable of making vowels as percussive as consonants—just listen to “Oh!” from Pod (1990)—it can still be rich with emotion when barely raised above a whisper as on the organ drone of “Mountain Battles—No Wave” (which could sit happily at home on Portishead’s Third). The lounge bolero of “Regalame Esta Noche” could easily stray into pastiche in the hands of lesser men but the song is delivered with sincerity and warmth, Kim relishing her role as torch song diva. “No Way”‘s sludgy Led Zeppelin inflections could sound tired if not for Kim’s edgy taunting vocals; on the drum-less “Spark” her voice acts as a guide, handholding you through the free form song structure.

And and top of this Mountain Battles holds many more straight-forward pleasures. “Here No More” is a sweet duet between Kim and Kelley which harks back to their teen folk duo beginnings and “Walk It Off”‘s strutting solid bass line recalls the rawness of Surfer Rosa (1987). But the best of Mountain Battles is in the quieter moments. Firstly, there’s “Night Of Joy” which hints towards Kim’s collaboration with Sonic Youth on “Little Trouble Girl” with its spacey surf-rock atmospherics. Kim’s keening vocal is lost deep in the mix amidst brooding bass notes and eerie ringing guitars making her yearning coos of “come home, come home” all the more poignant. Few albums can claim to have songs as affectingly gorgeous as “Night of Joy,” but even rarer is when albums follow such a song with something as equally stunning. “We’re Gonna Rise” shows off the Breeders at their best. It could be Steve Albini’s production or Deal’s skill as a songwriter or a combination of the two because the song is neither sonically rich nor melodically complex but it is one of my favorite songs of the year. It has a stately simplicity which quells the threat of Kim’s lyric about rebirth tripping into schmaltz. Instead the mournful waltz imbues the song with peaceful serenity and universality that makes it almost hymnal. To achieve this from such basic elements is nothing short of alchemy and, for me, “We’re Gonna Rise” could be seen as an anti-anthem to sit alongside R.E.M.’s “Everybody Hurts.”

It is true that many may balk at the lack of outright pop or that some of the songs are too sparse or that Steve Albini’s production is bottom-heavy, muddy, and lo-fi but there’s just too much to love on this album for any of that to get in the way. Maybe, when it gets under your skin, you might even forget about “Cannonball” altogether.