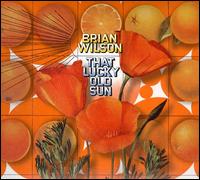 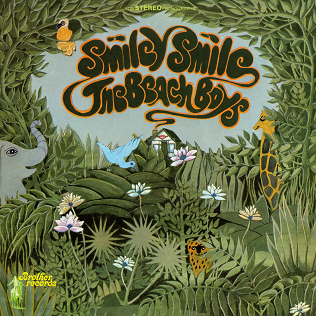 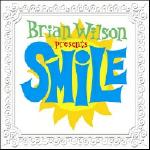 It’s a story that’s been told many times before, one documented by far more authoritative figures than myself or the hundreds of thousands of other Beach Boy fans whose closest relation to the group remains solely in the love of their music. Close friends of Wilson, session players and studio techs, rock journalists when rock journalism was still something new and exciting — all of them have written on the lasting myth of Wilson’s great lost SMiLE project in great detail, from its initial sparks to its slow, aggravating deconstruction. Its impact reaches far beyond those directly related to the project, however. Its music has been the source of novels, essays, fan fiction, art-work, musical covers, web-sites, fan made personal bootlegs, and endless amounts of shameless imitating (for a shocking case of such plagiarism, check out the piano tag of "Roll Plymouth Rock" and the riff from the Doves’ "Valley"; that ain’t no accident), for starters. All despite the record never being finished, let alone released.

Wilson began the project — then titled Dumb Angel — in ’66, immediately after the release of his "Good Vibrations" single. His idea was enormously ambitious: he wanted to create an entire record that followed in the art-pop "Vibrations" aesthetic, incorporating hints of everything that Wilson was obsessed with at the time: humour, fitness, nature, sophisticated pop suites and unexplored production techniques. Ever the perfectionist, Wilson would work on the record for just under a year (spanning about 85 sessions) with songwriter/intellectual Van Dyke Parks, crafting his complex set of "teenage symphonies to God." With the attention to detail Wilson was exerting (especially on tracks like "Heroes and Villains," which he’d spend more time on than any other track), SMiLE was shaping up to be the ultimate art-pop masterpiece that would’ve overshadowed even the Beatles work-in-progress Sgt. Pepper. It was going to be huge.

But then, following mounting tensions within the band over the material, the on-and-off again relationship with Parks and a stressful lawsuit with Capitol records, along with the effects of an unusually long gestation period (he’d often have several albums out in the same amount of time), Wilson would eventually abandon SMiLE — instead releasing the psyched-out commercial failure Smiley Smile (1967) in its place. Outside of a few of its tracks landing on subsequent Beach Boys records, SMiLE remained unreleased for nearly forty years. Then, in a move earlier this year that took pretty much everyone by surprise, Wilson mysteriously decided to resurrect, complete and tour the record. The result, with help from Van Dyke Parks and Darian Sahanaja, is this release: a newly recorded, and first ever complete, version of SMiLE, the Boys replaced by California pop group the Wondermints, Sahanaja’s regular gig.

In several cases, we get significantly new additions that finally complete what original sessions had only hinted toward, whether they be the only available studio versions or newly written altogether. "Roll Plymouth Rock," formerly known as "Do You Like Worms," is finally given full verse lyrics and a new, more focused structure; "Barnyard" is finally adorned with its complete melody — its animal mimicking setting a playful backdrop for the short, infectious vocal section; "I’m In Great Shape/I Wanna Be Around/ Workshop" is given, for the first time, a definite place on the record and vocals for its beautiful middle section; "Song For Children" completely transforms the mere instrumental backdrop we’d been previously given with "Look" into another essential piece of SMiLE’s thematic whole; and "In Blue Hawaii," like "Children" and "On A Holiday," features new vocals and lyrics, and, to the Wondermints’ credit, its tremendous background vocals alone make it one of the album’s most compelling shorter pieces.

The list goes on, of course, but the danger in focusing on these new elements is to judge this SMiLE by how it stacks up against the old session tapes. Yet for reasons so abundantly clear — Wilson’s age, the death of three Beach Boys and the lack of Mike Love, or even just the four decades that must’ve made exact details a tad blurry — a SMiLE recorded in 2004 cannot compete with one that was being laboured over in ’66/‘67. But Wilson did not resurrect the project to merely compete with what it once was; this release, this SMiLE, is the only complete document of the record we have, after all.

It may have all started in mid-late ’66, but there’s no escaping — ignoring Domenic Priore’s arguments to the opposite — that SMiLE wasn’t finished, and wasn’t an actual, complete record until Wilson, Parks and the Wondermints took it upon themselves to resurrect it here.

Case in point: nowhere else have we found the entirety of SMiLE‘s three movements. The first opens with poetic social critique, lands in rural Americana, channels its traditional music with a contemporary filter and ends on the expansion of its railway. The second examines the dichotomy between femininity/masculinity and adulthood/childhood, opening and closing with tales of fragile innocence. Lastly, the third section (composed of the "Elements" suite that had been one of SMiLE‘s great long-standing mysteries) seamlessly moves through all four of its sections — water ("In Blue Hawaii"), fire ("Mrs. O’Leary’s Cow"), earth ("Great Shape…"/"Vege-Tables") and wind ("Wind Chimes") — with an incredible range of melodic, as well as production, approaches.

But this isn’t just a matter of mere sequencing and structuring, of course; the collective’s performance of the material is equally as important as the order of the record finally being unveiled. The grandiose, epic pop suites he’d seemingly perfected with "Good Vibrations" (found on this record with original lyrics by Pet Sounds lyricist Tony Asher, and an extended closing section) are recreated beautifully here. "Heroes and Villains," the planned follow-up single to "Vibrations," is as powerful as ever, and though Wilson’s vocals sound much better elsewhere on SMiLE and the cut lacks even the ’67 single release’s energy, neither minor drawback could possibly derail such a brilliantly constructed pop gem. "Roll Plymouth Rock" picks up the "Villains" chorus melody and continues its expansion westward, complete with intricate Hawaiian chanting and ingenious reprises of the haunting piano figure.

"Cabin Essence" retains the same structure and feel of the previous 20/20 (1968) release, and once again the Wondermints do a terrific job of pulling off the track’s demanding vocal duties, from the gentle "doing doing" rhythms of the opening verse to the fluid, bombastic "Who ran the iron horse?" chorus. "Wind Chimes" utilizes a similarly immense feel for its chorus, which practically leaps out of the speakers between the serene sections that bookend it — especially the lone piano segment, which, much like "Roll’s" treatment of the "Villains" melody, adds a measurable depth to the song’s emotional range. "On A Holiday" prefaces the track, and while the "whispering winds" section that segues the two together is just as angelic as the Smiley Smile version, the rest of "Holiday," even despite the wildly inventive instrumentation, is somewhat disappointing—-especially Wilson’s clumsy exclamations during its chorus.

"Mrs. O’Leary’s Cow," the infamous "Fire" track, forfeits such a range to pummel us with layers of fuzz bass, whistles, rattling percussion and more rapturous group vocals, which had also been incorporated into Smiley‘s far less successful "Fall Breaks and Back to Winter " Its dramatic vibe is in drastic opposition to the rest of SMiLE — from "Vege-Tables’" child-like playfulness, "Our Prayer’s" unbelievable harmonic weaving, or "Old Master Painter/You Are My Sunshine’s" somber romanticism — and is all the more powerful because of it. "In Blue Hawaii" creeps in after the fire burns itself out, eventually winding backing through each of the movements, all the way to the spiritual opener, "Our Prayer," using an abridged reprise to bring the record full circle. At least just before "Good Vibrations" — a track that Wilson didn’t want on the album in the first place — begins and offers a familiar rush, even despite its changes.

The real centerpiece here, however, is "Surf’s Up." Like his flawless vocal delivery on the the last three quarters of "Wonderful" (it starts off a little rough), Wilson sounds twenty years younger here, free of even the minor truncated mannerisms that ever-so-slightly mar "Vege-Tables," "Wind Chimes" and, to a lesser extent, "Heroes & Villains." Jeff Foskett’s soaring falsetto on the chorus is stunning, as are Sahanaja’s ethereal "Bygone, bygone" backings, which eerily recall the late Carl Wilson. But the real key to the song’s success is still Brian, and not only because he wrote such a flawless pop-suite to begin with; his vocals, especially in the track’s second half, feel completely apposite and suited to the song’s timeless, haunting melody. His execution of the middle section’s final high note is a triumph in and of itself, yet is quickly topped by the song’s symphonic final chorus, one of the few sections of music able to rival previous career highs like the chorus of "She Knows Me Too Well" or the closing harmonies of "God Only Knows."

Though there’s significant amount of appeal to nearly every track, SMiLE isn’t just some of the best art-pop songs ever written thrown together for the sake of a release. It’s a very considered culmination of Wilson at his peak as a producer, songwriter, arranger and conceptualist — bringing together themes both universal and personal into singular statement with much help from Van Dyke, whose sophisticated lyrical approach adds a much needed intellectual weight. Mike Love’s tales of california girls and little deuce coupes are now classic elements of the early Beach Boys sound, but Van Dyke’s short tenure as Beach Boy lyricist is far more rewarding and suited to Wilson’s abstract, yet wholly accessible and light-hearted, symphonies.

There are points of contention about Wilson’s voice, and yes, it’s true that it passed its peak many years ago; but with the Wondermints’ simulacrum of the group behind him, even at his worst he sounds invigorated, like the reopening of the SMiLE vaults somehow caused him to lose his latter-day lethargic and monotonal vocal personality. Defying most all fan fears, not to mention several laws of logic and nature, SMiLE has arrived as incredible and ground-breaking a record as any of us could have hoped. Though even its biggest of admirers has to admit that this new recording isn’t quite as gripping or magical as the original sessions, it does come amazingly close — and that’s just as much a testament to the Brian Wilson of today as it is to the Brian Wilson of 1966.