1. Everybody Daylight [mp3] 2. Friend of Time 3. Fry Bread 4. Star Blanket River Child 5. All We Have Broken Shines 6. A River Could Be Loved 7. Amber Canyon Magik 8. Black Feather Wishes Rise 9. Come Another Rain Down 10. We Share Our Blanket With the Owl 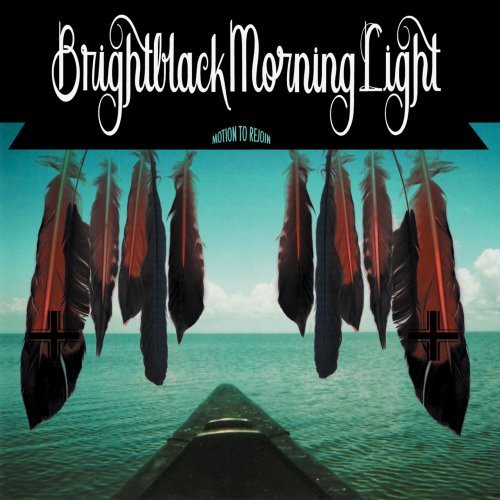 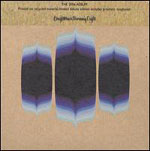 If we’d gone into this album, this Matador debut for Brightblack Morning Light, their second full-length, without a hint of awareness for the band’s image, what would we see? The question isn’t meant to be posed as a riddle: a languid southern blues outfit of indeterminate ethnicity so swathed by smoke that it becomes convenient that smog rhymes with “prog,” that swamp and swagger are alliterative? Could you see an old funk band shambled by age, hoarse but devout, calling on their swoony friends to remember glory days in wizened retrospect? How about a gang of dough-eyed Midwesterners, scraping the ennui and twang of their environment into brilliant headphone stuff, the kind over which Brian Deck would nod approvingly? Are we lost without ideas of locale? What kind of childhood did this band have, who are their friends, what kind of romantic liaisons do they harbor? Is pastoralia a word?

Turns out — stop me if you’ve heard this one — Brightblack is a core duo of “Nabob” Shineywater and “Rabinyah” Hughes, self-styled best friends forever, which could mean life partners or spouses if taken in a more “constrained” context. This is their image; Nab and Rab, originally from Alabama, now supposedly reside in the frontier of Northern California, living out of tents in sylvan poverty and hanging out with the likes of Devendra Banhart, Joanna Newsom, and whoever else would flock to a festival called Quiet Quiet Forest Spectrum. Well. Enough with the hippies, if I’m to believe the truth in their visage, see the hairiness for the staunch environmentalism, then I can assume that they’ll never read this, as they have no internet, which is yet another structure of the imperialist “Babulon” complex. Really. How do they make music? How do they record? Do “best friends” have sex? Where’d he get those aviators? Not from an endangered animal…

I tell myself, Pay no mind. Because Brightblack Morning Light is a chambered catacomb of meticulous design, a long-player so calm and unassuming that genre modifiers flock to its veneer, are swallowed into its depths, and murdered. For example, melt over opener “Everybody Daylight,” that initial sound is Hughes on Rhodes, paced and inevitably thick. The instrument, more than the spectral wails of Hughes and Shineywater, perfectly characterizes the scope of the album, using its electric bell-like chords to drown the compositions in watery assymetry. They wander, or at least the songs pretend to, Nabob’s lurching guitar lengthening Rabinyah’s scant melody before Andy McLeod’s hi-hat triplets thin the high end of the mix and recontextualize the Rhodes as a popular safety measure for dance-funk. Sure it’s got some bounce, but only as a vessel for cohesiveness. Vocals are unintelligible (the extent of lyrical attitude and prowess can be garnered from the tracklist) and wispy, layered more than actually harmonized, and grounded in the fore. Robbie Lee’s flute feathers far below. Paz Lechantin’s bass is at the mercy of the Rhodes, as is most of the music, while Gail West’s and Ann McCrary’s sol soul croon is decipherable only in escaping endlines. Unfortunately, the heft of the band, a group of extremely skilled and idiosyncratic musicians, is negligible, it seems, for those without fancy headphones or big, sensitive speakers. The wrapping is deceit!

Which is where we spot Brightblack’s stroke of genius and grip it hard. Pernice Brother Thom Monahan, suitably recruited before to helm the production of Cripple Crow, reduces atmosphere to a uniform stricture. The sound isn’t suffocated, but rigorously controlled, the electronics loud and stereo, the drums skinny and clicked on top, the vocals clouded and far away, the rest swishing antically into all dark corners, spotted or distracted or venially flourishing. Really, the makeup could come off as obvious; the dew-shrouded vocals actually sound distant and intoxicated, something to be expected I guess, the sonic equivalent of a mystic, deep forest ritual, performed in woozy ecstasy. But here, obviousness is alright. Monahan’s expert tooling is in the whole, allowing the core parts — Rhodes/guitar, vocals, and percussion — extreme and ready placement while giving the revolving cast of flute, clarinet, trombone, soul singers, whatever free flitting reign. The result is an immeasurable gulf of new discoveries, layers of panning nuance and clandestine swank that beg for mounting intimacy with the listener. Such is pure mood, when the interdependence between artist and audience is just a matter of deft hide-and-seek.

And what does this mean for the rest of the nine tracks? Besides interstitial segues of chimes and background chatter, the album takes on a fluid mask of séance and sultriness. “Friend of Time” slightly amps the tempo of “Everybody,” replacing hi-hat with simmering shaker and poking out a buoyant bass and snare combo. A trombone solo struts up from the background, recedes and follows Nabob’s legato, and then the mix falls out, the divas hum, and percussion settles. When “Fry Bread” begins, the pause between it and its predecessor are brief enough to fool the listener. No, really, the two are separate songs, the bass in “Bread’s” got a tad more shimmy, but the song pragmatically acts as a settling coda before the album’s centerpiece, the ten minute “Star Blanket River Child.” The play-within-a-play, “Child” summarizes Brightblack in three acts: Rhodes and fuzzed guitar dip languorously between hushed vowels and whammy bar; affected cymbal surges before shaker limns the quiet additions of background moaning, more guitars, and repeated backwards surging; beat drops briefly, opening salvo repeats, only stronger, and rusty horns play a simple blues banner over and over until the song stops arbitrarily. And if all this account does is strike visceral chords of monotony, the feeling’s just an illusion. Don’t trust the rind, words do nothing to replay the zillions of undertones, shades, and auxiliary fat that spindle from the bloated space around the album’s core.

In fact, I need to apologize. I’ve already ruined things for you. At least tainted the album by going and couching the review in terms of the band’s image. I’m sorry for that. What I meant to do was demonstrate how Brightblack Morning Light, as an ostensible limb of the so-called “freak folk family,” sounds very little like their progenitors, instead adopting a free form, flayed take on funk, blues, soul, R&B, and country, consolidating the pieces in ephemeral hints of Americana. Whatever that means, the incessant image of band as environmental purists pares down the shocking expansiveness of what they’ve managed to accomplish. I don’t think I have to defend my love for Mother Earth or anything, but the band’s representation, through Matador, through photos, through their own website, through messages to fans, through concert requirements (their Crystal Totem Turr requests the audience bring individual crystals, “to give & receive light”), and through musings on the euphemisms of Societal SuperStructures asserts an image as essential to understanding the players as the music. Maybe this criticism is simplistic. God knows BBML’s not the first band to wield an eclipsing mystique. Only, for a group of songs so rewarding in seamless, seemingly limitless returns, notions of treacly love and untainted attachments to the cosmos dirty up the rhythm and pigeonhole the treble. Might as well keep the thesaurus handy.

So, from “Star Blanket River Child” on, expectations are met, tempos are maintained, and surprises are balked. “All We Have Broken Shines” basks in a lounge lizard glow. “A River Could Be Loved” depends on a straightforward piano to divert attention from a plodding wall of white noise building in Nabob’s howls. “Amber Canyon Magik” ends up a titular representation, coursing and sonorous, a single clarinet suite caroming off stone walls in needling angles. Structure, mostly, is chronological. Vocals become sirens, become bleating caveats from a passing train. Mist is audible. And really, these are the moments that make this album so beautiful.

Of course, logistical problems remain. If we are encouraged to return to Nature, castigate Society and cleanse undesirable elements from our souls, why does this album open up so fruitfully in technologically advanced situations? If the depth of the music is proportional to the cost of a pair of studio monitor headphones, Brightblack’s mired itself in an impenetrable contradiction. Right? All in all, Brightblack Morning Light just requires a fair amount of attention. Nothing harrowing, because this shit’s too silk to grate, but if you hunker down, you’re bound to keep stripping off the wainscoting, which is as far as my weather metaphors go.