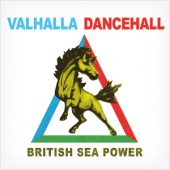 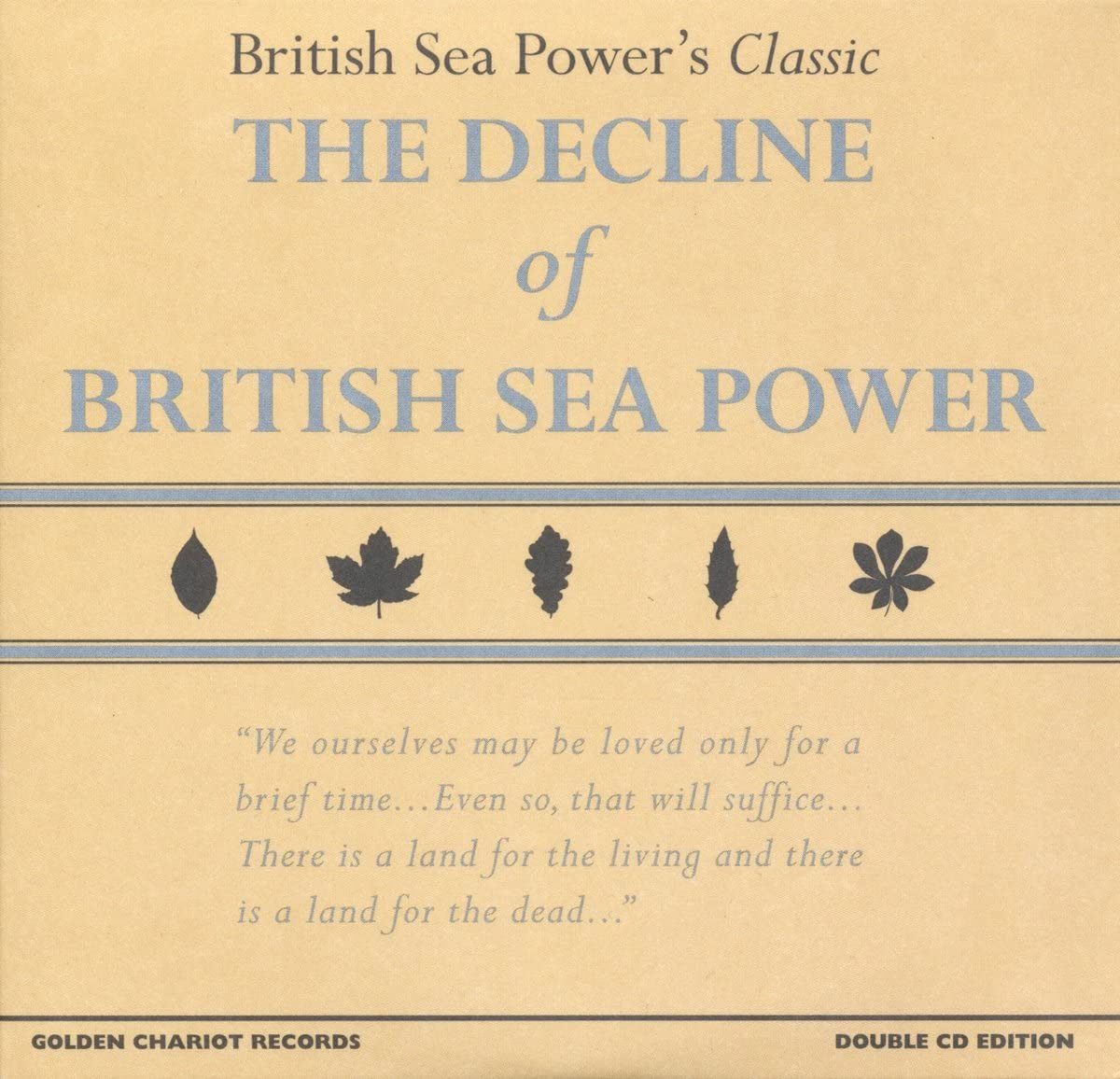 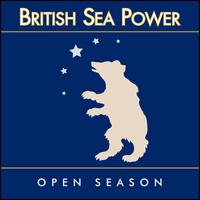 At first I didn’t get it at all. Who was this British Sea Power singing about Dostoevsky, Liberace, and Macbeth? Were they serious? Where was “Men Together Today” coming from and why did they include a sprawling, 14-minute track like “Lately” onto their debut album and choose to leave off several songs as good as anything on the record (see: “No Red Indian”)? Who bought into this sort of stuff? Turns out it’s people like me.

I can’t pinpoint when it clicked, but I’ve decided that my sudden about-face on the issue of The Decline of British Sea Power had a lot to do with the resurgence of the Pixies in late 2003. As rumors mounted and I started listening to Surfer Rosa and Come On Pilgrim more regularly, the connection between the progenitors of grunge and these five strange, history-obsessed Brits took hold. The esoteric lyrical matter, the often frighteningly bizarre delivery (Frank Black could pull off a sick cover of “Apologies to Insect Life”), and the general weirdness seemed to link the bands. Sure, British Sea Power were clearly packing the existential dread to fall in with an Echo & the Bunnymen, or, at a stretch, Joy Division, but the punk aesthetic and youthful force of the band made parallels with Surfer Rosa more than reasonable.

Of course, the Pixies followed it up with Doolittle, and Open Season, BSP’s sophomore effort, is certainly not their Doolittle. It’s a good record, and doesn’t try to recreate The Decline, but it doesn’t manage to capture its energy, fear and grandeur. If anything, it makes my argument in the previous paragraph look pretty weak.

Right off the bat I was optimistic. Lead single and album opener “It Ended on an Oily Stage” is fantastic. Yan’s vocal chords sound a bit more tattered than on The Decline, but it serves the album well; the worn quality gives his chorus more weight. “He found God / in a parking lot / and you did not / I, I headed for the coastal reaches / regions of mind / to see what I’d find,” might have sounded trite even on The Decline, but here Yan seems wearied and honest to a level that he never really captured before. Noble’s guitar flourishes are nothing new, but his simple pop hook works wonders on the final breakdown.

“How Will I Ever Find My Way Home?” one-ups “It Ended” with an infectiously poppy rhythm guitar line and Noble’s great little solo at the end. The song is a far cry from anything on The Decline, but the band prove themselves capable of more than just indie maelstroms and histrionics. To some degree that is the album’s central achievement: where The Decline earned the Joy Division and Echo & the Bunnymen comparisons, the British Sea Power of Open Season have carved out their own sound, perhaps somewhat more indebted to brit-pop than on the last record, but certainly unique.

So, off to a good start, the band runs headlong into “Like a Honeycomb,” which would be another winner if it didn’t feel so warmed-over. Yan emotes his hardest to make that chorus sound meaningful, but try as he might it just feels somewhat limp. Sadly, this is the story of much of the album: it all feels about one huge wailing scream or totally genuine lyric away from being Great.

This is not to say that there aren’t some impressive moments outside of the opening tracks. The anthemic “Please Stand Up” has got to be fantastic live, especially considering the band’s hard-earned reputation as a terrific live act, but the energy feels a bit forced on the record. The band builds up “North Hanging Rock” beautifully, but it needs both a bit more lyrical matter and a better conclusion. “To Get to Sleep” has a distinctly paint-by-numbers feel to the well-worn pop formula, and fares especially poorly next to the more complex and catchy “Victorian Ice.”

Hamilton’s bass lines on The Decline were occasionally fantastic, most notably on “Apologies to Insect Life,” and he recreates that magic on “Oh Larsen B,” laying down the strongest instrumental tracks on the album. Yan matches him well, crooning out the great line, “You’re fractured and cold but your heart is unbroken / My favorite form most coastal and tactic shell / Oh Larsen B / You can fall on me.” The band revs up for “True Adventures,” building in with a wall of noise that dissipates for one of Yan’s most personal and startling performances, only to be swallowed up in a rumble of guitars once again. Much like “Lately,” it feels as though “True Adventures” could make a fantastic four- or five-minute song, but logging in at eight it feels drawn out, with the crashing waves of sound coming off as somewhat unnecessary.

Overall I still have trouble coming to a firm decision on Open Season. In its favor, it’s certainly more of a consistent and coherent album than The Decline, and the band seems to be coming into their own and better determining their sound (the production is certainly better here). On the other hand, they seem to have done away with the bite that made The Decline such an impressive debut. This is the somewhat atypical sophomore slump: rather than just coast on the critical success of The Decline, Open Season captures a band cleaning up, carving out a new (and unique) sound but forgetting that element that made the whole thing work in the first place. If they figure out how to drag it all together, there may well be many more intriguing adventures for British Sea Power.