Other Records by Broadcast and the Focus Group 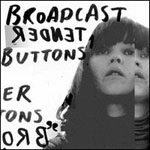 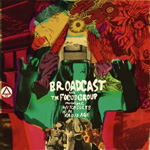 Broadcast and the Focus Group

It’s been a good year for long-delayed records. Raekwon finally made good on the promise of Only Built 4 Cuban Linx 2, Circulatory System’s Signal Morning proved well worth both Will Cullen Hart’s time and ours, and Rebirth hasn’t arrived to ruin this claim yet despite its seven or so release dates. But Broadcast—still down to just the duo of Trish Keenan and James Cargill—has been promising new material for years now, with virtually no public activity since Tender Buttons‘ (2005) release almost half a decade ago. Rather than deliver that long-delayed followup, the band instead quietly released Investigate Witch Cults of the Radio Age, a 23-track collaboration with Julian House (billed collectively as Broadcast and the Focus Group), a stopgap collection of hazy, haunted almost-instrumentals with occasional tunes.

More than anything else, Witch Cults is reminiscent of the “Green Typewriters” suite in the middle of the Olivia Tremor Control’s Dusk at Cubist Castle LP. Following a brief introduction and a single comparatively straightforward pop song, the entire EP drifts in and out of song sketches, ambience, bits that sound like Boards of Canada’s transition tracks, drum tracks, and field recordings. Tunes drift in and out, the disc comes to a sudden end. First off, “The Be Colony,” the one fully-formed song here (and one of two tracks that breaks the three-minute mark). The track rides a few ideas—a couple of Keenan’s vocal melodies, high-pitched, ringing guitar notes, hand drums, and one particularly striking moment in which the song gets caught in a sonic detour, prompting denser, even more echo-y production—and repeats itself for what feels like forever. The band’s pop, like everything that follows it, is rendered largely hookless, and though the production is reminiscent of their work circa Haha Sound (2003), it doesn’t skirt the line between sixties sweetness and creeping darkness anywhere near as effectively as those songs did.

It’s all largely formless from there, with dozens of ideas blending into one another. When Keenan emerges in the mix, songs seem to surface, as they do on “I See, So I See So,” the verse and chorus that come over its harpsichord prove fleeting, with all of their ideas done away with even before the track ends. Something similar happens on the tape hiss-laden “A Seancing Song” and on “Make My Sleep His Song,” where droning organs, synthesizers, and vocals transform into something striking, then vanish before anything truly fantastic can come from it.

The fact that this is supposed to be considered minor work is obvious from the outset; the band has billed this as an EP despite its 46-minute runtime, making it the only EP I can think of longer than the Fiery Furnaces’. Unlike that EP, however, this one proves quite possibly the least accessible recent work by the band, rather than their easiest point of entry. Instead of pushing further into Tender Buttons‘ icy textures, the band has made a decent soundtrack for haunted houses and little else. The Olivia Tremor Control’s “Green Typewriters” flirted similarly with half-finished song structures and field recordings, but it came sandwiched between a whole lot of brilliantly-written, concisely-arranged pop music. It was also half as long as this, and while it’s great to know that Broadcast is working on material, it’d be much better if they delivered an actual album of songs, since even they acknowledge that this is not what this is. If anything, this is an effective teaser for a new Broadcast album, since many of the tracks here could easily be part of great Broadcast songs, but in this form, they aren’t, and it’s clear that we both know that.