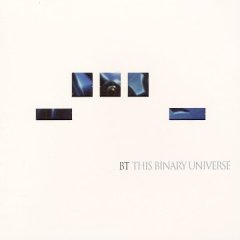 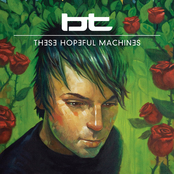 BT (Brian Wayne Transeau) is one of the most infuriating names in dance music, not because he has never lived up to his potential, but because he fulfilled it almost immediately. After emerging from the relative clubbing backwater that was the United States of America circa 1994, he went from underground hero to the Top 20 in the space of about eighteen months via a Tori Amos collaboration. The productions that he was releasing before hitting the top, a sprawling series of remixes and collaborations that helped him ascend through the underground—and there must have been at least 30 of these—were uniformly mind-blowing in scope, scale, and production value, combining house funk with trance sparkle by way of West Coast uplifting vibes and the classically trained piano work that emerged as his signature. By the end of 1995 BT had superstar DJs queuing outside his door to work with him, a couple of cross-over hits in the charts, and the debut album, Ima (1995), poised to be a sun-kissed genre classic. He had secured his own legend at the age of 24 and had the world at his feet.

And he never quite figured out where to go next. Since the credible ESCM (1997), his discography has gradually fragmented into endless genre experiments, taking everything within the electronic sphere to include rock anthems, film scores, and A-list pop production. It’s as though he must prove that a master producer can assimilate and therefore conquer any musical realm. Consequently, most of his latter work has been crap, but amidst that have existed just enough gems to perpetuate a fatally dependent relationship with long-time fans. Most notable was This Binary Universe (2006), a career masterpiece of experimental electronic music that unexpectedly sparked the naïve, wide-eyed hope that BT had made the best of comebacks.

And now he’s gone and released These Hopeful Machines, an album that makes Binary Universe the mother of all false dawns. Though Machines is closer to his best work in that it mashes genres up within songs rather than within tracklists, the genres he’s splicing in this instance are bombastic latter-day Euro-trance and equally bombastic American stadium pop-rock, resulting in an entirely unwanted fuck-load of bombast. This is a double disc album that pushes two hours in length and there are only twelve songs. The first song on the second disc, “A Million Stars,” is over twelve fucking minutes long and is still a pop song with conventional verse-chorus structure and is, like everything here—from the enormous choruses that dwarf anything Bono has belted out to the ludicrously vast acoustics that posit every track as part of the live set of history’s largest arena gig—blown absolutely and massively out of proportion.

The vocals, provided by a battalion of collaborators, are unerringly set to sub-Counting Crows power ballad mode; the lyrics are even worse: The Emergency literally goes, “I love you, I love you, I love you, I love you / And today is the day / That I love you.” But when BT cuts out the vocals, things merely improve from terrible to forgettable. “The Rose Of Jericho” is an attempt at transferring the complex glitch effects and twinkly melodies of This Binary Universe to a conventional dancefloor trance-out. It ends up sounding like something the much-derided Coldharbour Records would have put out in 2004, though it’s probably the best track on the album, rivalled only by the similarly vocal-less “Le Nocturne De Lumiere.” One gets the impression there’s a serviceable, albeit spectacularly over-cooked, trance album lurking deep underneath.

Because BT has long since degraded his name to the level of trite trance DJs such as Tiesto or Armin Van Buuren with releases like this, the biggest curiosity with These Hopeful Machines is just how Transeau’s discography can contain such wild swings in quality, from complex and nuanced to fist-pump dumb, with almost no sense of self-awareness on the artist’s part. Whatever the explanation, the next time you see this awful, awful album in the record store, spare a thought for the poor bastards like me who can remember the BT who made “Quark” and “Flaming June” and “The Antikythera Mechanism”; we’re the Weezer fans of electronic music, doomed to never stop listening to this shit and never tire of asking why.