1. Lloyd, I’m Ready To Be Heartbroken 2. Tears For Affairs 3. Come Back Margaret 4. Dory Previn 5. The False Contender 6. Let’s Get Out Of This Country 7. Country Mile 8. If Looks Could Kill 9. I Need All The Friends I Can Get 10. Razzle Dazzle Rose 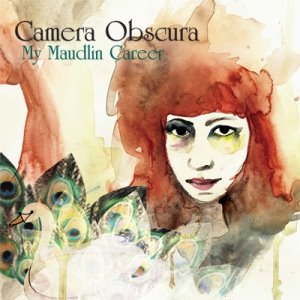 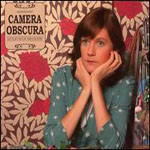 Let's Get Out of This Country

One of the buzzwords around liberal arts scholarship for the past few years has been “place.” Almost hopelessly broad, a call for a focus on “place” can include everything from architectural history to geology, or what some people have called the field of human geography. “Place,” as a buzzword and as a scholarly idea, is important for reminding scholars that the people and things they study (and, by association, their own work) doesn’t happen in a vacuum but in real physical spaces which have characteristics that, in and of themselves, are important to the way that we understand the world. Of course, besides the physical, there is also an emotional and temporal aspect of place. Historian Phil Deloria puts it nicely: “A place becomes a place only with the passage of time, and with human experience. Place may not always be a reliable marker of time (a house can turn into a vacant lot overnight!), but it operates at a particularly evocative scale of human experience.”

The “particularly evocative scale” that he refers to can easily be transposed onto the way that place shapes the way that listeners understand music. The song that was playing when you first made out in the back seat of your car, the first song on the very first tape that you bought, even the theme song to your favorite show — all of these songs have as much to do with where you were as they do with the music itself. As Deloria points out, the human experiences that happen in places is part of what makes them places in the first place, and music is a part of that.

Academic and critical jargon aside, one of the strongest arguments for the importance of place in how we understand our world is through relationships. Losing love, finding love, making love; all of these things happen not just in our hearts, and our groins, but in the actual environments that we live in. Think back to Casablanca. When Rick reminds Ilsa of their passion and love for each other, he doesn’t use those words explicitly but instead reminds her of the place where that love was first discovered and consummated: “We’ll always have Paris.” Of course, painful experiences have the opposite effect, reminding one of things that could have been, should have been, or never were. These places, for better or for worse, become literal ghost towns, filled with the vestiges of love gone wrong.

These haunted places are where Camera Obscura set their third full-length, and they understand that love and music happens in the world as well as the heart. They explore relationships with uncanny depth and precision, and their findings are not abstract musings or meaningless vagaries, but insights with a specificity that allows us to see both the physical and emotional landscapes with detail and clarity. Which means that this is not simply a “love” or “relationships” record, but one that ties those ideas to broader themes of how we, as humans with physical bodies and that always-pesky self-awareness, understand the world and our place within it.

Of course, the music is painfully gorgeous, with the Belle & Sebastian influence worn like a gaudy broach on the retro-hip tweed grandma jacket of Tracyanne Campbell. Pop sensibility, smart production, and a newfound confidence help this album resound with the Glasgow sound that B&S pioneered but abandoned. And like that band, the music is pristine, but the beauty is in the introspective details, the ability to look at your past without flinching. Of course, sometimes what you see calls for much more than flinching anyway. Sometimes you need to get the hell out of town, or, in this case, the whole country.

The word “country” is especially significant to the album’s thematics because of the dual meanings it incurs through the course of the two songs in the middle of the record that include it in their titles. On the title track, the word is used literally, as a noun implying a nation-state that the narrator needs to leave. This is the album’s second-best song, providing both the visual images (“We can find a cathedral city”) and emotional images (“I drowned my sorrows and slept around / when not in body at least in mind”) that are the perfect crystallization of the album’s themes. The country is symbolic of the narrator’s unhappiness; it no longer has anything to offer her.

On “Country Mile,” however, “country” switches to adjective form, and appears only once in the song. A slow, Drugstore-esque lament, complete with strings and mallets on cymbals, is another song about departure. Where “Let’s get out” finds contentment in just the idea of leaving the country, “Miles” sees it through, and the narrator finds herself physically and emotionally “lost.” The “country miles” become symbols of the long distance between the narrator and the place she has left, but also between her and her former lover. In this case, “country” has a more sinister implication; it is no longer a singular place, but an idea that can linger even after that place has been vacated. “Country,” the adjective, can be applied to anything that connects a person to a past they are trying to forget, or keeps from them from attaining a possible future. “Country,” in both senses of the word, is a type of stagnation.

“Tears for Affairs” has a jazzy, upbeat organ introduction and a samba-lounge feel, but the lyrics come from a shot-and-a-beer, dimly lit, roadside bar. Shedding those tears because of “dirty secrets” and “dirty nights,” the narrator hopes to find redemption in a new hobby: illustration. This is comical, but also appropriate, as Camera Obscura further demonstrate their own ability to see and interpret the world, both through their music and through the visual imagery that it is comprised of. Their sense of irony is bitingly present on opener and killer lead single “Lloyd, I’m Ready to be Heartbroken,” where the narrator claims that she can’t see any further than the tip of her nose.

On the title track, Tracyanne Campbell says, “I feel like getting confessional.” She certainly accomplishes that over the course of the album’s 10 songs, but this is more than a diary set to music; it’s an interactive map. It is a scrapbook of love gone wrong, including ripped photos, amateur pencil sketches, tear-stained poems, and ticket stubs. That the music accompanying such images is sweet pop perfection only draws us closer, literally forcing listeners to recall the times and places that they’ve been burned. Throughout the album we are forced to make our own mental references, pushpins on Camera Obscura’s map, little reminders of the places that relationships take us.