1. Everything is on the Point of Decline
2. As if One Were Sinking Into Sand
3. Approaching the Outer Limits of Our Solar System
4. When the Dog Days Were Drawing to an End
5. A Last Glimpse of the Land Being Lost Forever
6. The Homesickness that Was Corroding Her Soul
7. I Have Become Almost Invisible, to Some Extent Like a Dead Man
8. In the Deep and Dark Hours of the Night
9. No One Knows What Shadowy Memories Haunt Them to This Day
10. Increasingly Absorbed in His Own World
11. Isolated Lights in the Abyss of Ignorance
12. Now the Night is Over and the Dawn is About to Break 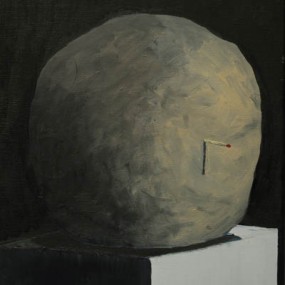 The Caretaker: An Empty Bliss Beyond This World 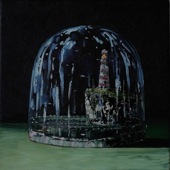 I’d really hoped that this review could transcend the most obvious observations provoked by the music of the Caretaker, but I continue to find it not only appropriate but truly beyond coincidence that so much of my experience with the music of Leyland Kirby over the years has been tied up in memories. Though I distinctly remember my first exposure to Kirby’s unapologetically nostalgic sonic experiments, his 72-track digital album Theoretically Pure Anterograde Amnesia (2005), the specifics of that release eluded me for years. It could be that I just didn’t listen to it all that much—I highly doubt a single, uninterrupted sitting ever transpired—but as Kirby has moved toward the forefront of the experimental music scene over the last couple of years, the intangibility of those pieces have, ironically, solidified in my memory bank as one imposing, impressive, but at four hours in length, not very functional mass of drone.

Kirby’s 2011 album as the Caretaker, An Empty Bliss Beyond This World, further conceptualized the approach, exclusively sampling from untold numbers of ballroom 78s, straining all extraneous aesthetic outliers from the recordings, leaving only ingrained or unconsciously accorded contextual signifiers to consolidate the experience. It brought the project unexpected amounts of exposure, playing off listener’s appropriated memories of Depression-era America while locating an emotional core in the more familiar fears of aging, dementia, and, specifically, Alzheimer’s disease. It’s probably the one record from last year that I continue to feel we as a staff almost uniformly underrated, showing up as it did on only two of our year-end lists. Then again, music such as this is designed to sit in the recesses of one’s memories, accruing meaning and merit with every passing moment. In this respect it has followed something of an inverse trajectory to that of Anterograde Amnesia, slowly cementing its themes while illuminating the contours of Kirby’s overall structural conception.

This small-scale renaissance continues with Patience (After Sebald), the second Caretaker record in less than a year and, in addition to a strong solo release under his own name, the third Kirby release in total over the same period (fourth if you count Extra Patience, a supplementary offering from the same sessions which produced this record). Nominally a soundtrack to director Grant Gee’s investigative documentary on the inspirations and influences of W.G. Sebald’s The Rings of Saturn, Patience functions equally well as a standalone Caretaker album, with all the conceptual heft and ruminative qualities that entails. Again sculpted from a very specific, antiquated source—this time various recordings of Franz Schubert’s chamber piano composition Winterreise—the finished product feels inevitably focused in a manner similar to most all of Kirby’s music yet it breathes in a way that he’s only recently begun to fully exploit, the drones he constructs to buttress each piece accentuating the simultaneously lulling and foreboding samples without suffocating the natural ambiance either ingredient naturally imparts.

Whether an outgrowth of this textual augmentation or simply an emotional manifestation of Schubert’s delicate performances, Patience carries with it an ominous, desolate air, similar to that which Bliss hinted toward via a tangential relationship to our subconscious—a life not necessarily lived but nonetheless inherited, as if by osmosis. Patience, however, feels grounded in a more contemporary milieu even as it continually portends the demise of an unidentified civilization. Kirby’s excavation of this particular landscape, then, seems less fueled by nostalgia than it does a certain trepidation for the future—the future of society perhaps (“Everything is on the Point of Decline”), or of a subset of sympathetic outcasts (“I Have Become Almost Invisible, to Some Extent Like a Dead Man”), or even of a civilization obsessed with technological advancement (“Approaching the Outer Limits of Our Solar System”). The emotional and thematic reach of Kirby’s music is vast, yet it’s never less than personal and, more importantly, never cold—if anything, this is one of the warmest, most tangible examples of modern drone music.

While a nominally appropriate way to end such an absorbing song cycle, “Now the Night is Over and the Dawn is About to Break” is, ultimately, the record’s darkest standalone moment, Shubert’s barely-there ivories left to drown beneath exhaling drones and monk-like chants as the record’s snow-globe artwork begins to mirror the settling of Kirby’s hollowed-out timbres. So while Patience is said to have been recorded prior to Bliss, it nonetheless feels like an arrival at unique and stirring plateau. Like Stars of the Lid before him, Kirby seems to be obsessed with the refinement of the decline so to speak, though his renovation and redefinition of cultural relics finds him precariously straddling the line between bygone forms and abstract analyses of current technology. As one may ascertain, the world of the Caretaker is a potential rabbit hole of nostalgia, anxiety, and all manner of undisclosed obsessions, but a distinct sense of calm washes over the best of this material, as if Kirby is standing idly by, watching a world of abandoned tradition and forsaken ancestry collapse in on itself.