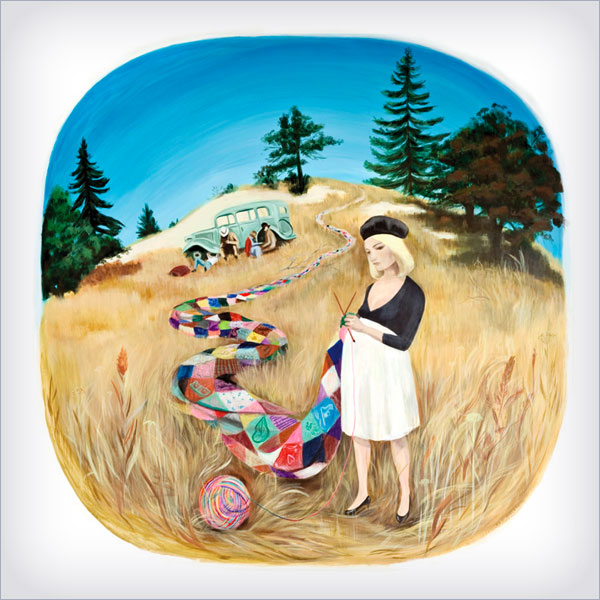 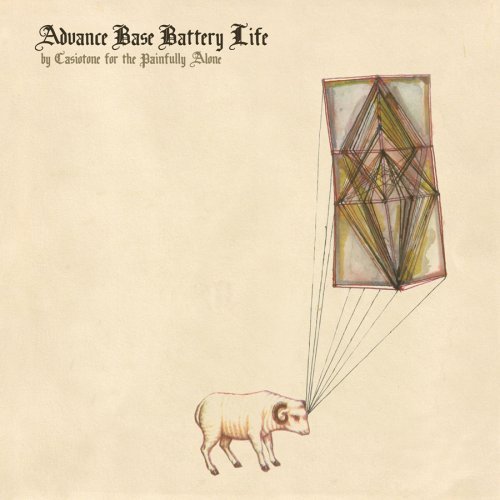 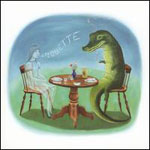 If Owen Ashworth, as he has apparently claimed, doesn’t tap into some personal reservoir of desolation and hurt for these songs, then he is, hands down, the most able ventriloquist for sad tales I have ever heard. He may not technically really be a "No Big Hair" kind of guy, having already released three outings, but I have no compunction about slotting him in this section, because if his previous work could bear overlooking, then Etiquette shouldn’t be similarly victimized. On his fourth outing, Ashworth builds on his previous template, which, as would be nominally suggested, was songwriting constructed from the sounds of a battery powered Casiotone. His new organic instrumental additions prove crucial in rounding out a sound that needs them to adequately match the absolutely devastating pictures he has to paint. Precious home lo-fi may be one way to mediate the disappointment and depression his characters go through, but it also has seemed needlessly self-limiting in terms of song depth.

No such self-limitation here; forlorn pianos echo with wraithlike emotional pain against basic beats, a lone string instrument line snakes like an embodiment of regret through heartworm arrangements, reverbed steel guitar weeps all over “Nashville Parthenon,” even techno synths somehow managed to compound the soul-battery built into the album’s first “single,” “Young Shields.” If Ashworth’s lyrical razorblade was blunted by the quaintness of Casiotone consistency before, his new compositional confidence allows its sharpness to shine and cut as deep as you could handle without running a bath.

Ashworth’s baritone, keeping itself as unembellished and cigarette-burnt as possible, goes a long way towards burying the blade (lead vocal guests crop up and play their parts well, but Ashworth remains the focus). He doesn’t attempt melodrama, which would sink already slicing lines like “I Love Creedence’s”, “And since September I've been 26 years old / she's still the only one besides my dad / who's ever said I love you Creedence.” (Creedence being the name of one of Ashworth’s characters, not, you know, Lebowski’s favorite band.) Similar examples are almost too easy to cite – it’s not a backhanded compliment; Ashworth’s just disturbingly apt at weaving tales of personal strangulation. Whether it’s a girl’s drunken, regret-ridden sex with a stranger at New Year’s Eve (“Woke up with fingers crossed / In a boy's bed with your pants off / After polite declines of coffee & toast / Walked home itching in last night's clothes"), or poverty-ridden, irresponsible love affairs (“Sent a letter to Mom & Dad / Mom & Dad the money's running out / Got a letter from Mom & Dad / They didn't send me anything"), Ashworth can’t miss an angle of profound loneliness. Dude makes “painfully alone” an understatement.

Thankfully, he’s got the songs to match. Taking a cue from the simultaneous simplicity and nuance of Magnetic Fields and Jimmy Tamborello’s work as Dntel and with The Postal Service (though Etiquette isn’t the masterpiece that Life is Full of Possibilities is), he keeps the melodies simple and immediate, but mingles them with well-placed details and sad-eyed atmosphere, creating an ineffable impact. The synthetic, deliberately placed pangs that riddle “Young Shields” and the spaces that their absences create perfectly complement the lyrical hopelessness of the track. Brief pinprick patters conjure breaking personal and psychological seams in “I Love Creedence.” The organic drum fills that underlie the gorgeous piano ascensions in “Bobby Malone Moves Home,” add a distinct sense of real-life turmoil in contrast with the album’s many synthetic elements. “New Year’s Kiss,” revolves around carefully developed, delayed bass line development, and puts the fissure in the heart of a listener once its lonely string accompaniment crumples through the door.

Of course, depression of the depth that Ashworth is trading in can be a fucking bummer. Smartly, he keeps the breakdowns short; Etiquette’s ten substantial tracks hover just over the thirty-minute mark. Letting tears spill all over the place would be inadvisable, so his tightness not only comes as a relief, but makes Etiquette eminently listenable and re-listenable (and multiples are a good idea, given the number of details and small revelations involved). As far as anyone is concerned, so long as Ashworth is channeling the romantic crashes of other people, one can only hope that he keeps developing along the fractured lines he’s set down. I just wouldn’t wish the extent of the heartbreak here on anyone, and if it’s Ashworth indeed who’s dragging these ghosts out of himself, then by gum I feel guilty for benefiting from Etiquette’s broke-down beauty. I mean, really guilty. ‘Cuz it is damn beautiful.