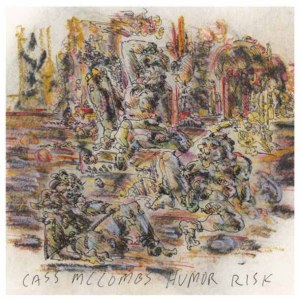 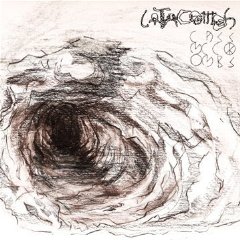 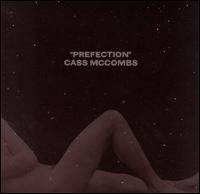 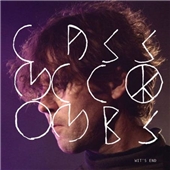 Like few records, Wit’s End sounds exhausted. Cass McCombs’ fifth album consists of eight dirges, most of which move at crawling tempos and refuse even for a second to let up from their somber, stripped-down arrangements and despairing melodies. Most of those melodies repeat themselves with almost no variation across each song’s long run-time. It’s a singularly sad record, one that sounds as if it came from a place utterly opposite the relatively contented Catacombs (2009), and the kind of thing that in almost all hands would turn disastrous. It could have been the sound of tortured white dude anguish gone supernova, collapsed back in upon itself, and turned to cold, hard, undesirable finished product. If it sounded at all cold, descriptors like “grim and frostbitten” and “permafrost” might’ve been thrown around.

But Cass McCombs isn’t a typical singer-songwriter—here, as the title might indicate, he’s almost totally ditched any nods he once made to clever guitar slingers past—and Wit’s End, contrary to all assumptions made about singer-songwriter records with very long, repetitive songs, is downright stunning. McCombs has transcended the trappings of fairly straightforward folk instrumentation; he has stripped his songs down almost totally, reducing each to its most vital parts, and in doing so has crafted a haunting, almost frightening sound that is completely and totally his.

Much of this is apparent from first song and album standout “County Line.” It burns slowly and sadly, driven by sparse, downtempo percussion and a keyboard lead that feels as if it changes a single note every few bars, if that. McCombs sings of an unhappy return, worn down by travel and the coming sight of construction signs, but does his damage when he slips into falsetto for the song’s chorus. The sentiment he gets at is oft-explored and simple—“You never really tried to love me”—but his focus, either a broken relationship or his surroundings, never becomes completely clear, and the song is better for its ambiguity. There’s also a moment, after the first chorus ends, which quotes the lead from The Phantom of the Opera, and the joke somehow never calls attention to itself. In short, it’s the kind of thing that only McCombs could get away with, and he does so masterfully.

With each song, McCombs and his ensemble find new ways to amplify the sense of tension while almost never turning up their volume. “Buried Alive” feels like it has about as much of a pulse as the corpses McCombs sings of, its arrangement defined by increasingly eerie madrigal leanings, with keyboards moving in an ever more baroque fashion as the singer describes the chemical odors surrounding him. “Saturday Song” is the sound of mounting frustration, culminating in the singer threatening to throw his instrument out the window. It’s accompanied by an austere, almost unchanging arrangement, disarming in its focus and commitment to itself and its mood until the tension becomes almost unbearable, at which point it simply cuts itself off without resolution.

In its second half, Wit’s End‘s songs get longer and more expansive, yet they often use these extended run times to break down almost totally, leaving a single noteworthy sonic element to make a strong impact. In “Memory’s Stain,” it’s not the waltzing harpsichords in the chorus but the lengthy, droning bass clarinet solo that serves almost to lead the song into its own funeral procession. In “Hermit’s Cave,” it’s the way the song comes to a total standstill as all instrumentation drops out, save for single snare hits that resemble balloons being popped. In the epic-length “A Knock Upon the Door,” it’s the titular percussive hit, which comes every time McCombs sings the word “knock,” which comes unchangingly at the end of every verse. This approach would have never worked had each of these not been gorgeously recorded, rendered spacious and warm through their production.

Lyrically, especially in its last few songs, the album is in line with McCombs’ tendencies toward heavy stylization and dense, somewhat-comprehensible narratives. However, these songs function well even when one doesn’t take the time to try to parse them; just know that the words are there if you want them to be, and that they’re considerably less straightforward than the words at the core of Catacombs‘ most immediate pop songs. More importantly, they exist as a vessel for the remarkable melodies McCombs consistently delivers, and the sound of his voice on these songs is more often than not a hugely engaging thing. His is a deeply strange, deeply sad record. The core of his sadness may still be a mystery to me, but his monument to it, in all its eccentricity, is by far the hardest thing to ignore that he’s done yet.