1. Experiences of Insight and Untimeliness
2. A Perpetual Lack of Fervor
3. All At Once Is What Eternity Is
4. The Die That’s Caste… 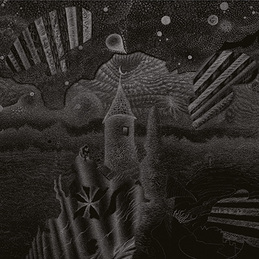 In 2008, while on my bike, I was unlucky enough to get hit by a car running a stop sign down the street from my house. Sadly, it’s pretty typical in such a congested area that was built when people were more worried about being run over by horse carriages careening down the street at a then-godforsaken seven miles an hour. Some notable things changed for me of course, but to be honest, the ultimate result of learning to cope with the lasting effects of being hit by a car has been to lend me a much better sense of humor about coping in general. Most of the time it’s pretty instinctive; when you think about it, we’re all coping, all broken in our own ways. Duh. If we all knew that we were seeing everything the same way, what would be the point? I may not really remember what some things taste like, I get particular smells stuck in my sinuses for weeks on end (please, Jesus, let it be nutmeg again this time and not city bus B.O.), and I don’t hear much outside the range of low frequencies in my left ear, but in all honesty, I could hardly care less. Did you know Brian Wilson was partially deaf?

Anyway, the point is this: there may have been a time when I was very concerned with experiencing music correctly, but these days, in the wake of learning to hear things again in my own fashion, I can hardly think of something more preposterous. Are we really trying to tell ourselves that everyone isn’t hearing everything a little differently? Certainly, there is enough consensus to go on for the sake of crafting some temporary standards of audio quality, but to be realistic, they should be viewed as the momentarily useful appraisals of technical precision they are—and really, most music that prescribes to those fleeting laws of “true listening” just isn’t very interesting. All this to explain why I enjoy music like that made by Celer’s Will Long so much: the idea that there is an objectively ideal way to hear something is about as silly as saying there is a simple definition for a good painting. And given the fact that the promotional material for Celer’s recent I, Anatomy LP includes the phrase “[the record] isn’t a story, it’s a hundred stories,” I think it’s safe to assume that Long understands where I’m coming from.

I, Anatomy reminds me that incidentals and eccentricities are simply inherent to the listening process. No one will ever hear even the most well-produced record the same way twice if only for the dynamics of earwax, so why even attempt to embody the possibility? You know someone is just gonna upload all of your records to sendspace at 92kbps and spam the whole world, and it’s a bummer that you can’t control how everyone hears your music every time, so why not open the process up to those incidentals, magnify them in a sort of intentional overload? As a whole, I Anatomy is characterized by elusive, dense layers of sound and self-obscuring composites that create a sort of pleasurable lack of being able to discern individual elements. The effect is a common one in my experience of intriguing ambient music, which is what I’ll call Celer’s brand: always questioning the “truth” of the sound at hand. I love that it forces me to constantly ask if what I’m hearing really is what I’m hearing.

Celer’s brand is almost too idiosyncratic to be open to interpretation, as the band’s history (which now finds Long based out of Tokyo) has been subsumed almost fully by somewhere around thirty hand-made, self-released pieces, as well as a personal tragedy that left Celer as a solo act. Yet, it’s almost impossible at any point in I, Anatomy to separate the soundscape into any constituent parts, into any specific emotions, which, while not being exactly groundbreaking for this genre, is made a very interesting focus in execution. What we hear is not necessarily a discernible “collection” of distinct sounds so much as the barely visible, vaporous apparitions that flash and hum in the midst of the foggy intersection of so many colliding atmospheres, like the mysterious ring that echoes from inside your head in the midst of too many thrumming appliances. Celer posits that mysterious ring as a sort of instinctive harmony, an opportunity as presented by the endless variation of individual biology to experiment with the possibilities of individualized experience—and those moments of mysterious, transcendent resonance are many. When we start to think about how unique each person’s internal soundsystem may actually be, we start to truly explore the sonic possibilities of this kind of strategically dense ambient composition. That obsession with the mechanics of interpretation, and that desire to push music past the realm of strict objective listening standards, are the things that have always excited me about music like this. It may be a bit of an obvious statement about ambient music to say that it’s particularly well-equipped to address these chameleonic aspects of sound, but the ways in which it stands out on I, Anatomy make it worth mentioning.

Thanks to these qualities in particular, I, Anatomy maintains a sort of irresistibly intense gravitational pull. There always seems to be some barely-there sound haunting the furthest edges of the oscillating landscapes, plumes of ghostly electrical voices rising and fading before you can really get a hold on them. And it’s that feeling, of being drawn into a vibrating sonic black hole—ever deeper into what first appears to be a simple two-dimensional space but on closer inspection begins to pull the ear ever further in toward it’s crushing center—that buoys the record’s unassuming victories. The search for those mysterious undertones becomes an immersive, even hypnotic experience, and gives I, Anatomy a subtle depth that’s sure to keep a listener happily questioning what might be the next time through. Tracks roll like charged molasses, from ringing, ELEH-style minimalist tundras to bursting walls of treated Hecker-esque strings, but never seem to leave behind that coy invitation to go with the flow, to make something positive out of an irrational fear of tinnitus. That coping, after all, is only natural.

Of course, I’m sure a lot of effort went into recording I, Anatomy clearly and to the best technical efforts of those involved. But what really hits home in the end is that the idea of hearing something specifically crafted for rigid, repeatable, reliable clarity doesn’t seem like the point. It’s almost as if Long would be very pleased to discover that your friend heard something completely different when you played his record for them. If two composers sat down to reproduce tunes from the record by ear alone, I think the difference in their arrangements and harmonies would be effectively astonishing.

I’m reminded more than a little of Ryoji Ikeda’s landmark LP +/- (1996), which of all the records I can think of that display this quality, probably does it most directly and succinctly. Ikeda’s masterpiece was presented to me as an environmentally adaptive listening experience, or one that would shift and change based on my position relative to the sound and the listening space, and it is still, to say the least, an ah…ear-opening experience in regards to exploring the incidental possibilities of sound. From that point on, I just had a much harder time accepting music that didn’t take those elusive qualities of sound to heart in some way. So I’ve got to thank Mr. Long for validating me in a small way there. I no longer lament my inability to hear things the same way that someone else does, but rather enjoy making a point of celebrating my own unique cipher as much as possible. I, Anatomy might just do the same for you, too.