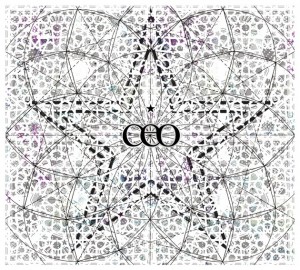 Sometimes it’s hard to tell what Sincerely Yours is, exactly. The label, owned by the Tough Alliance, definitely releases music, some of it good (TTA’s A New Chance [2007], jj n° 2 [2009], Honeydrips’ Here Comes the Future [2008], Air France’s No Way Down [2008]) and some of it mediocre (this year’s jj n° 3). A recent interview with jj sees John Norris struggle to connect with them, and it’s unclear how much of this is a consequence of a language barrier or simply Joakim Benon and Elin Kastlander’s refusal to give straight answers (or answers at all, as if the goal is for their communication with their audience to be entirely one-sided). Most notable, however, is John Norris’s attempt to get the band to explain their being signed to Secretly Canadian. jj states that Sincerely Yours is their label and that they have no idea what parts of the world Secretly Canadian distributes them in beyond the United States, just that their American label is run by good people. There’s something almost cult-like in how they handle their association with Sincerely Yours and how important it seems; their labelmates have cultivated a very specific image. Most demonstrate an obsession with beauty, a total disinterest in issues of authenticity or artifice, and attempts to be wide-eyed and in love no matter how difficult it is to actually live up to those values.

White Magic, the first solo album from ceo (aka label part-owner Eric Berglund, the singing half of the TTA), picks up to some degree where A New Chance left off, but it marks a number of significant changes within that sound. Berglund and coproducer Kendal Johansson (who recently released a cover of Big Star’s “Blue Moon” for the label) work with similar melodies and short pop structures, but trade early nineties revivalism and second-person addresses for a MIDI orchestra and first-person anti-escapist proclamations.

Album opener “All Around” makes this immediately clear. The piano stabs and synthesizers that started A New Chance have been replaced by grandiose percussion and violins, and “You’re worth something special,” that album’s first line, has given way to Berglund’s declaration, “Now I’m coming home / To face the demons on my own.” From there, Berglund sings a whole lot about finding ways to come to terms with reality and honesty and how one goes about embracing happiness. On centerpiece “Oh God Oh Dear,” he even sings, intelligibly, of how he “finally touched life and it was so clear” atop an austere strings-and-snare arrangement.

Yet most of this music goes for a full-on high-energy blissout, as if making an album under thirty minutes in length is a personal challenge to load every second with an idea. The title track uses a relentless, repetitive rhythm track as an attack device as much as a way to draw interest to its vocal harmonies, then proves to be all buildup and no release. “No Mercy” first stands out because of the sampled sword repeatedly triggered across the song, but then through just how angry and empowered Berglund comes across as. “Come With Me,” the most TTA-esque song here, is a combination of vocal samples and house rhythms that comes out almost like an infomercial for some resort that specializes in nice beaches and temperate weather. The only respite, then, is closer “Den Blomstertid Nu Kommer,” a Swedish traditional presented as church-like as possible; there’s chorused harmonies and pipe organs, but it then sees Berglund assume control over what would be a mere tribute as arpeggiated synthesizers, a throbbing rhythm and an applause track float for the better part of three minutes, ultimately returning to the motifs that open “All Around.”

White Magic is made and sequenced to feel like a trip through Berglund’s head, but it seems almost impossible to take him at face value. Sincerely Yours has proven themselves repeatedly committed as much to pranksterism and a disregard for sampling laws as it is to releasing quality Swedish music from acts that rarely reveal more about themselves or their processes than absolutely necessary. It’s thus hard to tell how much of Berglund’s sudden willingness to answer questions with an insane thoroughness or jj’s public unmasking comes from a desire to be truly sincere as much as it is to generate speculation about their organization, which more or less remains unknowable and unpredictable to all outsiders. (Just in the last few days the Honeydrips, on no prior notice, released what they’ve decided will be their final music, and it was simply available as a free download.) While the music that makes up White Magic is quite good, and like many solo projects could be summed up with “if you like their other stuff you’ll probably like this, too,” it’s simultaneously as welcoming and elusive as its predecessors—and likely everything to follow.